This week at Bungie we’re already looking forward to December.

Before we dig into the near-future forecast, let’s live in the now for a just a moment. On Tuesday, we delivered what we’ve been calling theNovember Update. The Patch Notes reveal a Crucible reward system that’s a little more Legendary.

[TL:DR] Lord Shaxx is suddenly more forgiving with his Crucible Forged Quest. More generous loot drops are coloring the Post-Game Carnage Report with more Purple. Beyond the boundaries of the arena, there are weapon parts on the Gunsmith for all warriors – assuming you have the Glimmer he craves.

Those changes, and more, are available for download right now. If your console has been dormant (or otherwise occupied) over the past few days, fire it up and start earning better gear in the heat of battle against your fellow Guardian.

As we all experienced, however, with greater reward comes some added risk.

Ever hear that old expression about what happens when you make an omelet? So, yeah, maybe we broke an egg or two when we delivered the November Update. Thankfully, the Live Team is pretty nimble with the broom.

[TL:DR] Your Rare Leg Engrams will decrypt properly with the Cryptarch (although any seasoned Guardian knows that satisfaction is far from guaranteed when you’re interacting with Rahool). If you’re inspecting Iron Banner items in the presence of Lord Saladin, their descriptions are now more accurate. That’s all. It was a small speck of housekeeping.

Now, on to near-future business.

If you like reading Patch Notes or experiencing the changes they bring to the game, your next destination is the December Update. It will come labeled with one o’ them fancy numbers, but the nickname suggests you can expect it to arrive (wait for it) in December! We’re packing this digital parcel with things that have been on some of your wish–lists.

Remember when Senior Design Lead Sage Merrill pledged “regular sandbox updates” in Year Two? There is a lot under their microscope right now: The weapons you carry. The energies you wield. Knowing the peaks and valleys that mark the landscape of the Destiny Sandbox requires a journey that spans endless playtests and data reports. It is a journey that never ends.

Today, we’re going to learn what Senior Designer Jon Weisnewskithinks of the current state of weapon balance, and what he’ll be doing to change it in December. Check out this preview of the philosophiesthat are guiding our hands on the workbench.

This is not the last you’ll hear from the Design Team before December. Sage has been thinking a lot about Titans, and he’ll share some thoughts on the matter before the update goes live. We might even learn more about promises to create a use for those vast stores of Etheric Light and Wormspore.

Keep those wish–lists lively, because we read them, be you naughty or nice.

Coming soon to a collections station near you: More Exotics! 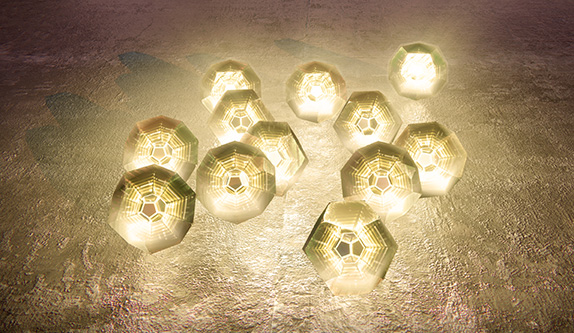 We’re infusing loot tables with some more gold to mine from your action. Two of them are exclusive to Year Two. Others are weapons and armor from Year One that have been upgraded to keep pace with your Level 40 character. A couple of those Year One reprisals might even have some new surprises tucked away in their talent trees.

You’ll start earning them in the places where Exotics get earned after we deploy the December Update. They might also appear in your Kiosk, if you’ve earned the right to spend Marks on them. If you want to see which ones have been chosen, we’ll be decrypting images of them where images thrive: Instagram.

Follow https://instagram.com/destinythegame and wait for the parade of reveals. Signs point to tomorrow.

Last week, Cozmo foretold of a new program to honor and reward the Sherpas among us. I’m back to tell you it’s all true!

The Holiday season is rolling in like a cold-weather front. With it, many Kinderguardians will join us in the Tower to find shelter from the cold of winter – and, just maybe, the friendship needed to survive a Quest. Take one under your mighty wing of Light and we’ll reward your mentorship.

You may have a new ally (with shiny new disc in hand) that’s waiting for you to link to them and begin the journey. Perhaps your friend is waiting for a holiday sale scheduled for Black Friday. No matter when you find the time to be right, there will be a new page on Bungie.net that will reveal everything you need to link up and start progressing together.

Stay tuned for the official announcement. For the time being, your friends in Destiny Player Support have more details.

Your Friends of Mention

Coming to you live from the Destiny Operations Center, here is our report…

DPS: The Refer-A-Friend program goes live next week. To participate, you’ll need to find the Tango to your Cash. Currently active Guardians will be considered Veterans, and people purchasing/playing Destiny: The Taken King for the first time will be considered Referral candidates. If you already have a Riggs to your Murtaugh lined up, you can hand them the New Player Guide to help them maximize their time fighting against the Darkness. Stay close to help.bungie.net for more information when the Refer-A-Friend program launches next week.

Iron Banner Clash continues through the Weekly Reset. With the launch of Destiny: The Taken King, the Tempered Buff is no longer purchased from Lord Saladin. This buff will automatically apply to characters starting Day 2 of Iron Banner. Additionally, Lord Saladin now rewards players with Reputation Packages upon reaching ranks 3 and 5. Some items granted through the Rank 5 packages will not appear in the loot stream or character inventory until returning to Orbit from the Tower. For additional information on Iron Banner reputation and rewards, follow this link to our Help Article.

If you find a fellow Guardian engaging in malicious activity or suspected cheating in the Iron Banner or Trials of Osiris this weekend, you can file a report with this new Contact Form. Keep in mind, Bungie Help Contact Forms are primarily used for data collection and you may not receive a response or request for more information.

If you need them, they’re hanging out and being friendly on the #Helpforum.

And now for some Super-Charged Cinema.

Cozmo: Hey, it’s your boy Cozmo coming at you with the MOTW. Watch out! These hot films are ready to be shoved in your eye holes. Every week we scroll through submissions on the Creations page to find standouts to feature here. The winner, as well as any mentions of honor, will be rewarded with a kick-ass Emblem. If you want your shot at seeing your movie on display for all to see, submit it to the Creations page at once.

This week we have a lot of big time Crucible plays for you. Let’s go check them out.

Movie of the Week: Speed kills. 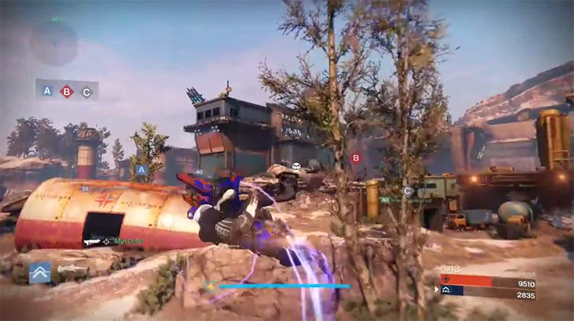 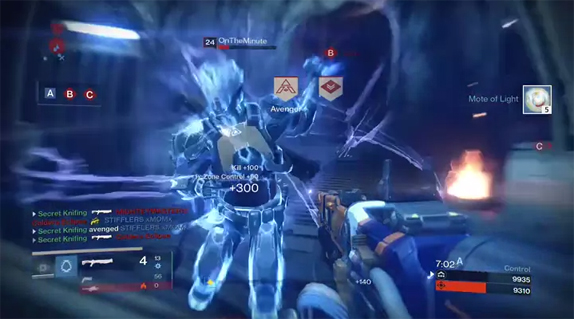 Next week is Thanksgiving in America. We’ll still have some blog love for you, but it will arrive before the commencement of the regional ritual of gratitude and gluttony. The content of the next Weekly Update will be random and light, with a chance for some information on the ways in which Raids could be more challenging soon.

The week after that, we’re going to PSX. Are you going to PSX? Because we’re totally gonna be there. Should be fun for all, whether you’re there or not.

Excuse me for now. Lord Saladin has a Machine Gun I’m eyeing, and I intend to earn the right to acquire it from him.