Update by Bungie
This week at Bungie we’re resuming our side of the conversation about Destiny.
When last we spoke, the previous calendar year was drawing to a close with all the momentum of a boosting Sparrow. As the last race went into the record books, we put this weekly act of sharing to bed for a short winter’s nap. Since then, you’ve been talking a lot, and we’ve been silently listening while we work behind the scenes.
Today, we’re excited to announce our first ever Valentine’s Day event in Destiny. It’s on a scale close to Festival of the Lost, and it’s right around the corner. Before it begins, there are some dates for you to save (and to make). Open your calendars and get ready to scribble. In blood.
The Couple That Plays Together
This February, in the world of the real, loving couples will descend upon crowded restaurants to exchange gifts and glance deeply into each other’s fluttering eyes. In the world of Destiny, the Guardians will be celebrating the rare variety of companionship that can only be found in the heat of battle. You’re invited to the Tower to partake in the real party, a ritual known by the brave as Crimson Days.

Love will be in the air, and it will last for one week, starting onFebruary 9th.
Along with the other improvements and fixes you’ll receive in the upcoming February Update, we’re delivering a brand new 2v2 Crucible mode we’re calling Crimson Doubles. It features a special twist, born of new gameplay and mechanics that only battle-tested star-crossed lovers will appreciate. You’ll need a dancing partner – preferably one that compliments your fighting style. The two of you will have a chance to earn some “sweet” loot together in the Crucible. To receive your gifts, you’ll have to put your differences aside and fight well as a couple.

I’ve already chosen my partner. To ensure my own personal domination, I’ll be pairing with Senior Designer Leif Johansen. Maybe he’ll even let me put a Bungie Bounty on his head. He should have some solid ideas for how to win, since he drove the creative process that led to the new combat mode. To give you and yours a fighting chance, we’ll team up in the next Weekly Update to share the details about the new game type, along with some pro-tips you can share with your own teammates.
Outside of that, it’s hands off. He’s mine. You’ll need your own date for Crimson Days – and, yes, you can choose more than one partner if that’s what your heart wants. Fan out and find some love. You’ll need it to survive.
“You Have the Spark!”
Before you embark on your explosive date night, you’ll have Lord Saladin to keep you company. Iron Banner is coming back, and you’ve never played it quite like this.

Available from Lord Saladin:
• Rank 3: Class Item, PlayStation Class Item
• Rank 4: Chest Piece, Scout Rifle
• Rank 5: Fusion Rifle
Available as post-game drops:
• Rank 2: Boots
• Rank 3: Chest Piece, PlayStation Helmet, Scout Rifle
• Rank 4: Fusion Rifle
The Spark starts charging next week. See you in the midfield for the opening rush.
Picking a Fight
With all this talk about finding teammates, let’s take a closer look at how we sort you with opponents. We’re talking, of course, about Matchmaking. Its alchemy is a storm of numbers that introduces the players of Destiny to each other, right before the bullets start to fly.

There’s been a lot of renewed conversation about how Guardians meet on the field of competition. If online chatter is to be believed, match ups have seemed more challenging lately. To press the issue,Design Lead Lars Bakken is here to speak for the mathematicians who pick our fights for us.
What’s going on? Rumor has it the Crucible has been pretty tense lately.

Lars: Yes, it has been getting a little… shall we say, sweaty? One of the bigger complaints we received during Year One was that you could get into very lopsided matches in the Crucible. The long term solution was always to retool the entire skill matching system under the hood so players would have much closer matches. As some stop-gap measures, we added systems like Blowout Prevention and the Mercy Rule until we could do the real stuff with Taken King.

So how exactly do you measure my skill?

Lars: We have super-secret mathematical systems that measure your performance and rate you as a potential combatant. It is constantly being re-evaluated after every match, and we even use different skill buckets depending on what playlist you’re in. For example: Iron Banner playlist skill ratings are not the same as normal Control.

When did you start doing this?

Lars: We launched The Taken King with an overhaul to the skill system that would let us gather information about how we can best prioritize a match. That work first began in October, beginning with the Control playlist. Over time, we’ve expanded the system to cover more activities in the Crucible. In December, we activated it in all playlists.

Why didn’t you tell me?

Lars: In order to really put it through the paces, we needed the raw, unbiased data. That gave us great results that allowed us to learn how to make it better.

Well, now that the cat is out the bag, it’s sure to be a topic of debate. Will you be doing this again?

Lars: We’re always going to be doing things to make the Crucible a better place for players, but we’re going to be more transparent about the changes when we make them.

Do you promise to tell me next time?

Lars: We promise. In fact, there are some new changes coming in the near future that are intended to help reduce what we call latency (what you call “lag”). We’re looking through all the new data now, and we’ll be taking measures to improve the experience.

There you have it, friends. Watch this space for new details on how Matchmaking – along with the overall state of play – will continue to evolve in the Crucible.
No Rest for the Mentors

The Bungie Blog may have been silent of late, but the faithful stewards of Destiny Player Support are always kicking ass on a solving problems on our #Help forum. Check ’em out.

DPS: Welcome back to the party, Pal! In previous Weekly Updates, we mentioned that we’re currently investigating issues impacting the Crucible Quest “Weapon Master.” In case you missed it, here is exactly what some players are seeing:

Until resolved, you have the ability to acquire the next step of the Quest Chain from Lord Shaxx in the Tower. Look for “The Mountain Top.” More information is available via this Help Article.
For those who have recently started to forge their Legend in Destiny, it is recommended that you look over the recently updated Network Troubleshooting Guide. Within are many troubleshooting tips for various network setups which will help you maintain the best connection when playing Destiny.
This week, we investigated issues impacting some players’ ability to play Destiny on PlayStation 3. When attempting to log in, players saw the error code “Buffalo.” Our records indicate this matter has since been resolved. If you continue to receive the “Buffalo” Error Code on PlayStation 3, let us know.

DPS headquarters can be found at help.bungie.net. Along with tweets from @BungieHelp, it’s your best resource for troubleshooting the things that keep you out of the game.
Silence Your Phones

When he’s not braving King’s Fall with people he’s never met, Cozmo is our benevolent film critic. Here he is with his picks of the week.

Cozmo: The return of the BWU means the return of Movie of the Week. It’s great to be back with more amazing Destiny videos from across the community. Today’s winner and all honorable mentions will be awarded the rare and coveted MOTW emblem. If you’d like a chance at having your work celebrated, submit it to the Creations page at once!

Movie of the Week: Sunbarker OP
Honorable Mention: A look back at Destiny
Honorable Mention: AFK FTW
With that, we end our weekly report.
We know that many of you wanted more news beyond our February event. We know that your imaginations for how we might challenge you next are limitless, and we love you for that. It’s why we do what we do.
Very soon, we’ll have more to share about a second, larger game update that will arrive sometime after February. There are more stories about 2016 that remain to be told, and you’ll learn more as soon as I get my own anxious hands on the full and final details. Same goes for the rest of the February update. Until it’s ready to be scrutinized under the spotlight, it’s all a work in progress.
I’m eager to show you what the team is working on. They’re eager to do that as well. As soon as we get the greenlight, we’ll roll it out. In the meantime, Crimson Days is fast approaching. I’ll be back next week with Leif to tell you more about it.
Before we go, here’s one more thing…
I asked Luke Smith if I could introduce you to Maple. 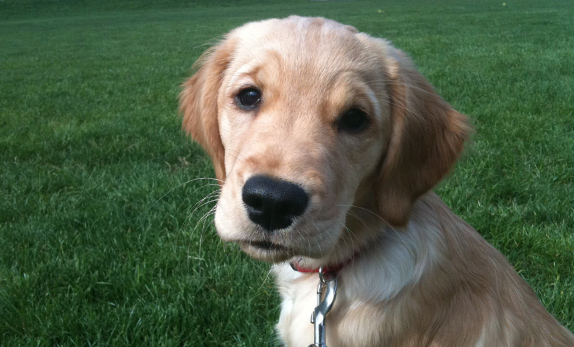