Pick up orders by: Sunday, August 7th @ 2AM Pacific

You may hold onto orders until you get the rolls you prefer.

Test weapons to order Foundry Weapons for the next Armsday

Next Armsday on: Wednesday, August 10th @ 2AM Pacific

Store test weapons in your inventory before date above to have more time to test them.

PvE: Use against Fallen targets to gather data for Häkke’s armament scientists.

PvP:  Use in the Crucible to gather data for the Suros research department.

PvE: Use against Vex Minotaurs to gather data for Omolon’s weapons developers.

PvE: Use against Cabal Centurions to gather data for Häkke’s armament scientists.

Omolon prototype. Use in the Crucible to gather data for Omolon’s weapons developers.

Trials map and details will be posted: Every Friday via Kyber’s Corner

Xur – Agent of the Nine

Xur’s Inventory will be posted: Every Friday via Kyber’s Corner

The September issue features 16 pages all about Rise of Iron, including loads of new details such as new artifacts, crucible maps/mode, weapons/gear, and activities coming to Rise of Iron. Click image above to read more.

Paving the road to the Plaguelands.

The one to reduce BEAVER errors.

Winging in the Cosmodrome.

Moments of Triumphs is Back!

Players have until September 20th, 2016 to complete their Year Two Moments of Triumph Record Book, players who have completed their Record Book have until 11:59 PM PDT on October 4th, 2016 to place their T-shirt order at the Bungie Store. For more information on this offer, please see the Year Two Moments of Triumph Donation T-Shirt support page. (Source: Bungie.net)

Record Books are available to be picked up at the Postmaster. If discarded you may pick it up again at Eververse (at no cost). You may also hold one Record Book on each character. 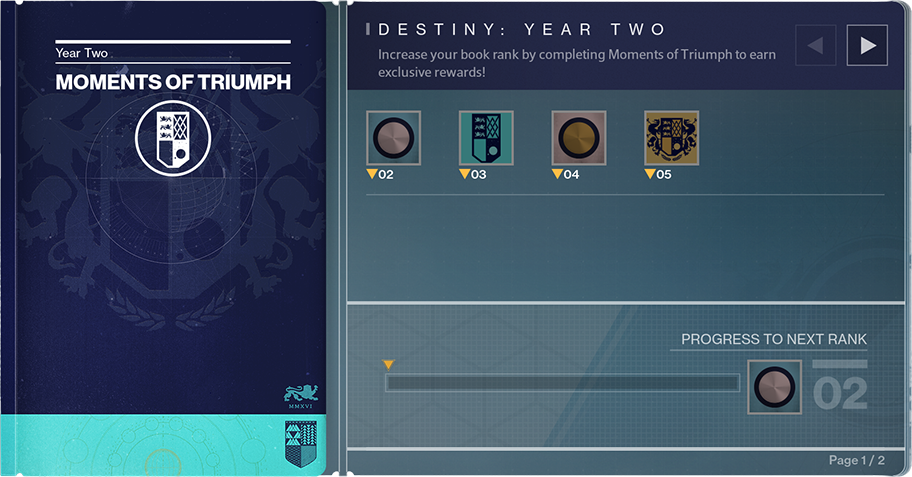 Year Two Moments of Triumphs are:

A Blade Reborn: Complete any of the Exotic sword quests from Shaxx

The Sword Logic: Defeat Oryx in the King’s Fall Raid on Hard difficulty

This is Amazing: Complete the Crucible quest line culminating in “The Mountaintop.”

The Third Element: Equip a fully leveled Year Two subclass on any character.

Rank 3: Shield of the Traveler Emblem

View more detailed Moments of Triumphs information at https://www.bungie.net/en/Help/Troubleshoot?oid=44927 or click the Record Book image above. 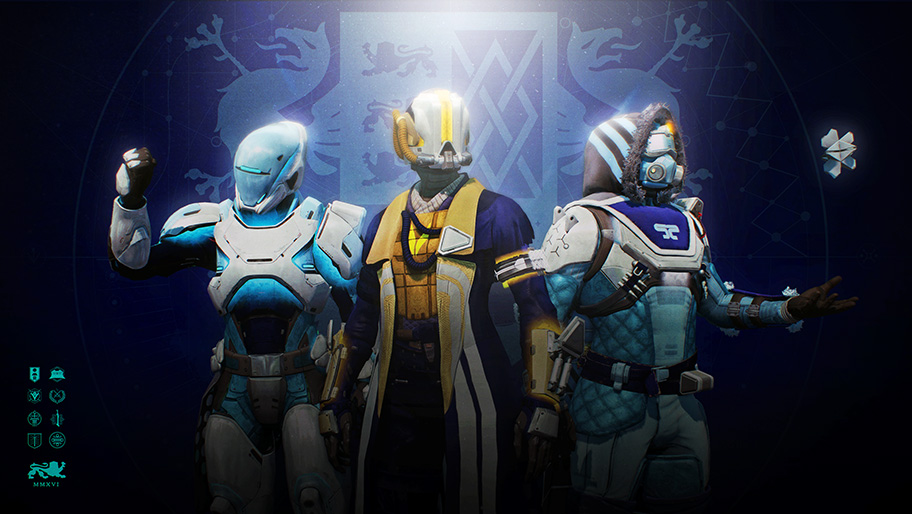 Bungie will be discussing New Crucible Maps, Game Modes, and more for the Rise of Iron Expansion, at this years Gamescom Event.

Current posts and news for the upcoming expansion, Rise of Iron. Click image above or link below to visit the Rise of Iron website by Bungie.

Xbox One Pre-order for Rise of Iron will be available soon.

Currently, I am in the process of improving and updating this blog/website and at some point, when I can settle on something, will be changing the name of this blog/website (Kyber’s Corner). If you have any suggestions or questions, you may message me at any time.