This week at Bungie we yielded the stage to Game Informer.

From time to time, it can seem like we’re guarded about our work. We keep our cards close to our vest. Our studio is a safe place where our team can take risks and innovate and make discoveries that lead us down the path to a game that’s truly worthy of your passion and enthusiasm.

Then, there are those special moments when we can pull the curtain and show you what we’ve been creating. Sometimes, it’s us telling you about your next adventure. Other times, like this week, we invoke an impartial, expert opinion. We can tell you all day long that our game is cool. When someone else is doing the talking, we all learn a little bit more about what awaits. 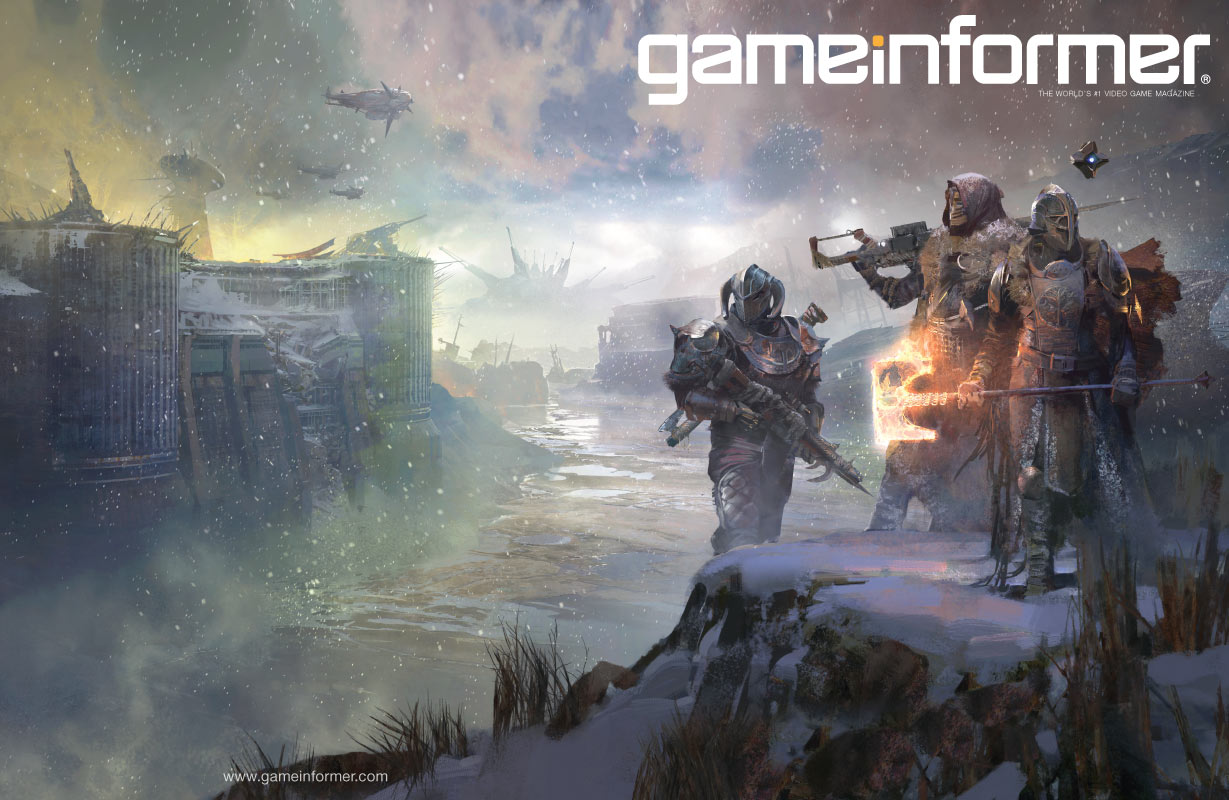 Recently, Game Informer sent a delegation of three Guardians to our studio. We opened our doors to them and gave them unfettered access to Destiny: Rise of Iron. Over the course of several days, we turned them into Iron Lords.

Let them tell you…

Here’s what they’ve revealed so far.

We’re on the cover!

Community artists can win some loot.

Artifacts are about to change the way you fight.

Rise of Iron is the beginning of a new roadmap. (Spoiler: SRL!)

The story of the Iron Lords is one of bravery and redemption.

Game Informer will be talking about Rise of Iron all month long, so keep an eye on them. As these words were being written, we were looking forward to hearing their reactions on a podcast. Stay tuned to their coverage. There are more details to plunder from their words and videos. You’ll meet more members of the Bungie team.

You’ll learn how to beat the new Raid!

Actually, no you won’t. They’re saving those secrets for you. It’s all safe to read.

On Bungie Day, we issued a different sort of challenge to the Guardians:

Create a design worthy of gracing a t-shirt. Seven winners would be chosen to have their work featured in the Store – with a chance to earn a cut of the action!

Today, we’re thrilled to reveal the winners of the Destiny T-shirt Design Contest. 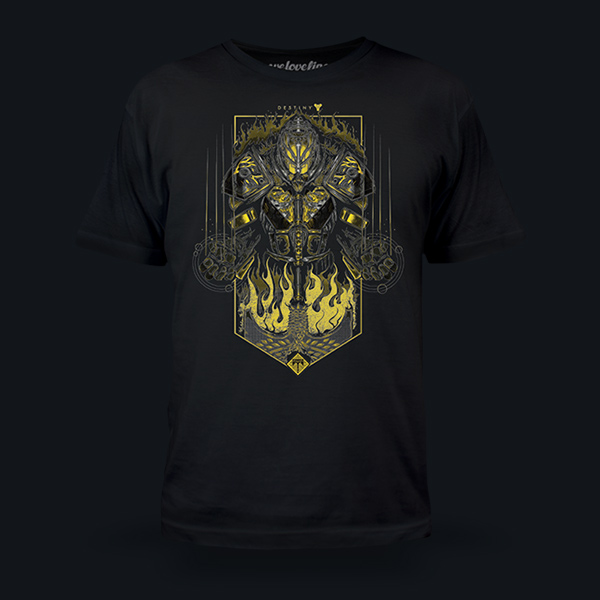 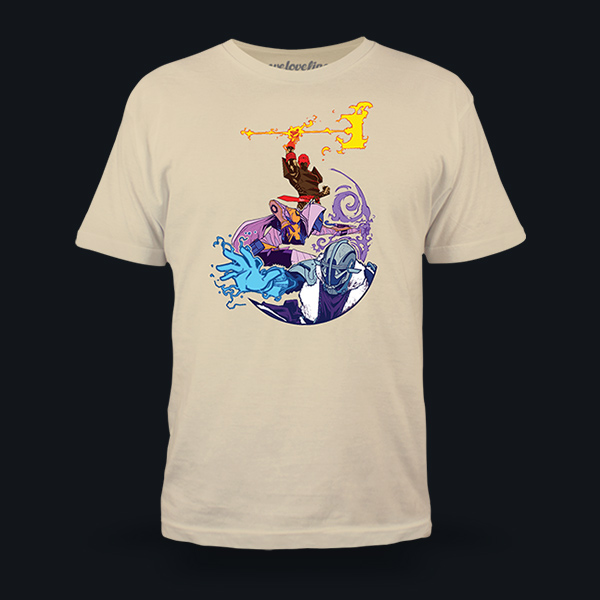 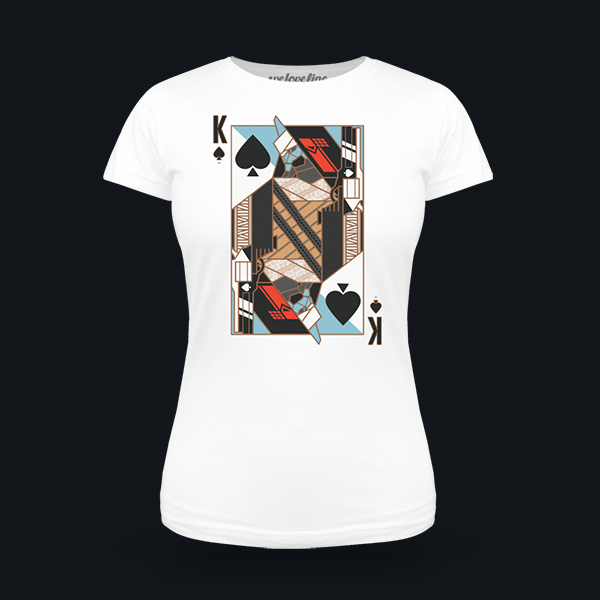 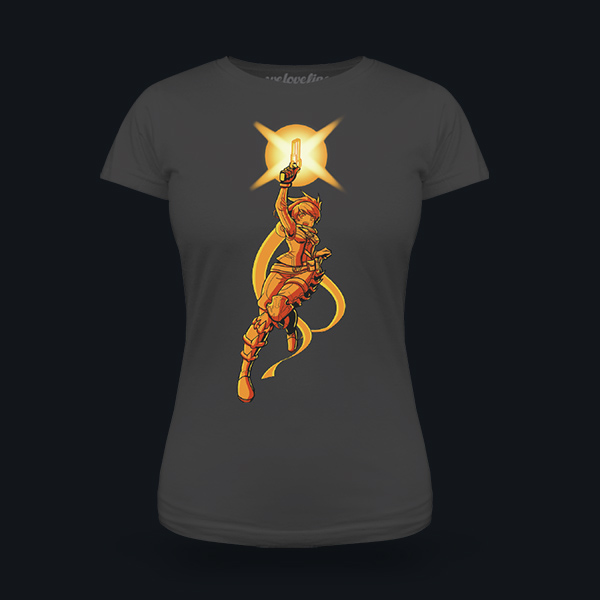 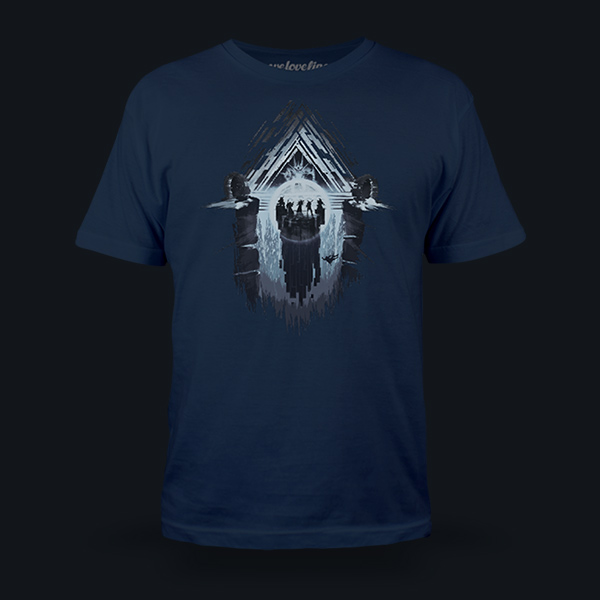 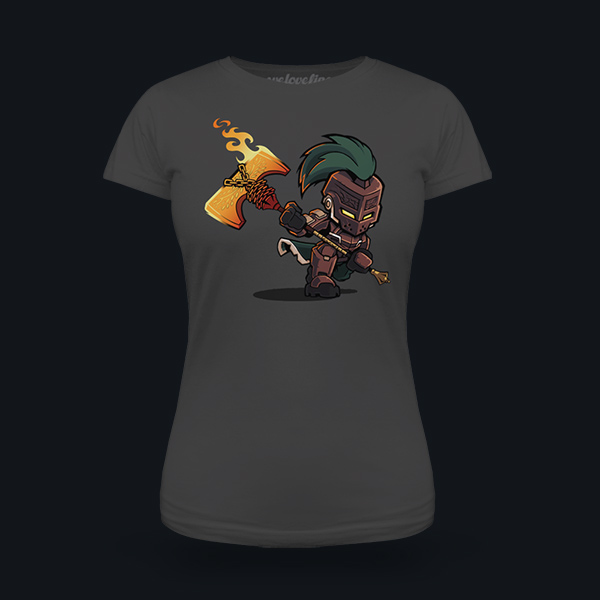 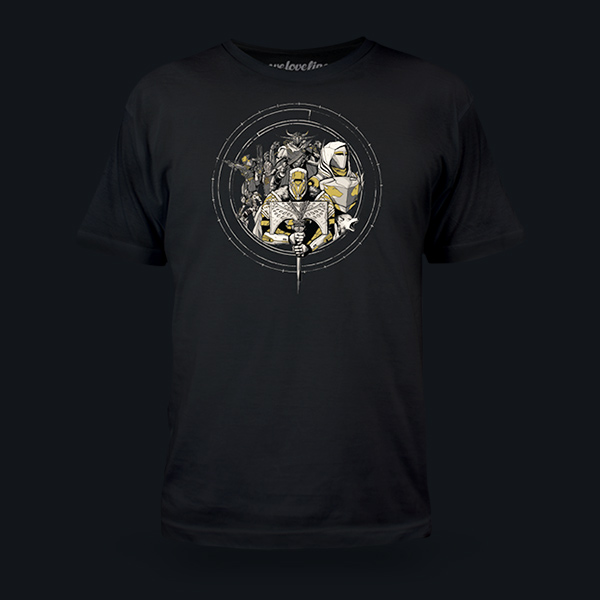 You can find them in the Bungie Store, or at We Love Fine. Support your favorite Community Creator. Our cut goes to the Bungie Foundation.

Speaking of making the world a better place, you can also find a new poster that will aid Stack-Up in their mission to send some Veterans to hang with us at PAX West.

When you commit yourself to battle against the minions of the Darkness, you want to bring along a teammate in your Fireteam. When there is a barrier to entry between you and the game, however, you need someone in real life to watch your back. That’s the mission of Destiny Player Support.

In preparation for future Destiny updates, servers were taken offline on August 4th, 2016. This maintenance was for general upkeep purposes, and players should not expect any in-game changes when connecting to Destiny once services are restored. For future announcements of Destiny Server Maintenance and Downtime, stay tuned to @BungieHelp.

We are actively investigating issues where players may encounter the following error message when attempting to join a Fireteam or launch activities:

Initial investigation has shown that this issue occurs more frequently when multiple players are attempting to play Destiny on the same local network. Some players may still experience this when attempting to join Fireteams on separate networks. As this investigation continues, all updates will be made within the 2.3.1 Known Issues thread. Thanks to all who have submitted reports on #Help to aid in this investigation.

Legacy Console players will have until 2:00 AM PDT on August 16th, 2016 to receive their Moments of Triumph T-Shirt code on their Year Two Triumphs page on bungie.net. After this time, Legacy Console players will no longer be able to access Character data on Bungie.net, which includes the completion of the Year Two Moments of Triumph Record Book and T-Shirt code.

Legacy Console players who do not complete their Moments of Triumph by August 16th may still be eligible to receive a T-Shirt Code by Importing their Account onto a PlayStation 4 or Xbox One console. This will update your Bungie.net profile with your completed Triumphs.

Top Spot and Lock It

He’s one part Hunter. One part Referee. One part Museum Curator. Put that all together, and you have a recipe for your faithful Community Manager. Around these parts, we just call him…

Cozmo: The streak continues. For the last 7 weeks, the same Fireteam have secured the top score. This is becoming a competition for second place. Who wants to start taking bets on how many weeks in a row they can go?

Our forecasted modifiers have come and gone. Now the Gods will decide. This was the first week of random modifiers and fate brought us Catapult, Exposure, and bonus points for Super kills. Keep an eye on your shields, with Exposure active they will not replenish. Now we wait to see what is in store for next week.

Cozmo, again: The Creations page is stocked full of content. You can scroll through beautiful art, stylish gifs, and epic videos for days. Ok, I’m not sure how long it would take to scroll through them all, but there are a lot. Moving on, Emblems will be rewarded to all winners and Honorable Mentions. If you had someone help you out make sure all of your player names are listed in the description of the video so we can send your Emblem quick and easy without hunting you down.

Got questions? Send them to Urk.

Round these parts, our talk is all about Germany. We’re starting to think about what we’ll pack. Just yesterday, I checked the expiration date on my Passport. [Spoiler: I’m good to go.] Next week, we’ll have some final notes before we depart for gamescom. Should be fun. Always is. In fact, here’s a Throwback Thursday from the scene. I have a gentle approach when it comes to the international community. 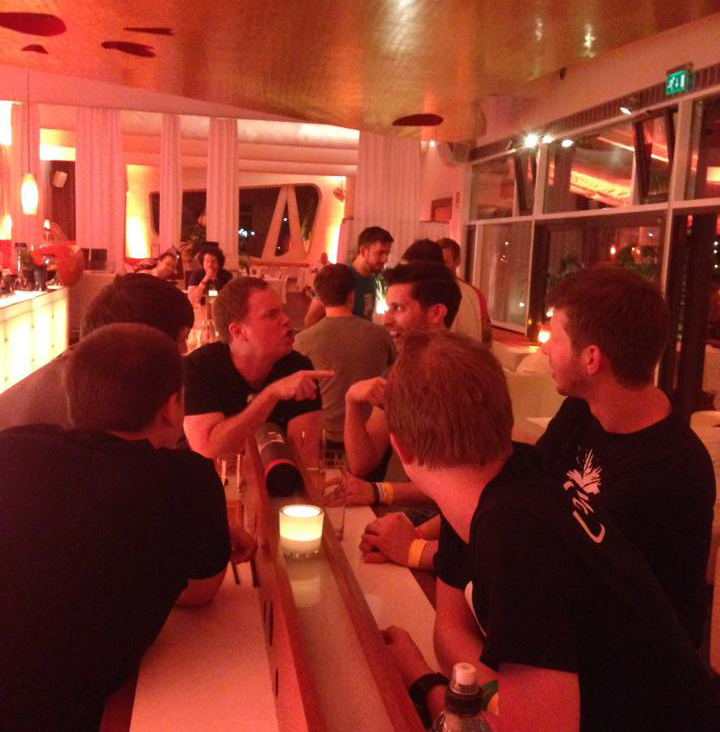 The road to launch is ramping up. August and September are always a steep climb at Bungie, but the ramp at the end is so sweet. I’ve played what you want to play, and I’m looking so forward to you knowing what we know at Bungie. It will be nice to have you all join us at the top of Felwinter Peak, where the banners whip in the wind that cuts through the mountains.

There are more stops to make before that happens. And after. We’ll talk more about PAX and some other appearances we’re planning to make in the real world after launch. We just might see you soon.