PAX West, that is. To reach gamescom, we had to cross the Atlantic. This time, Lake Washington is the only body of water between us and the show. That means more of us can join in on the adventure. Bungie will be arriving in force. We’ve been passing out badges, and our people are eager to meet the main characters in their game. Seattle is about to be under siege by Guardians. How could we resist?

We couldn’t be more excited! We even built our very own booth. It’s the first time we’ve made a proper showing in the convention center in six years. During previous PAX gatherings, on my watch, we’ve thrown secret parties in back allies. This time, we’re throwing a party that anyone with a badge can attend.

We’ll have Private Matches at the event. Players will funnel from the queue onto Alpha Team and Bravo Team. Supremacy will be the game. Two teams of six will battle for honor and bragging rights.

We’ll have sweet loot. The Bungie Store will be in the house, stocked with souvenirs. Score a keepsake and support the Bungie Foundation.

At PAX, you’ll find many people who believe that you’re never fully dressed without a suit of armor.

Join us for a gathering of real life Guardians. Strut your stuff. Take some pics. Meet some Bungie folk.

We’ll assemble near the top-level sculpture garden. It’s the same place we rallied last year, and the year before. Follow us here and wait for the signal.

Get Ready to… Well, you know.

For every game of Supremacy that we host in our booth, there will be a lead scorer. That player will become a qualifier for a convention showdown. One of them will emerge a legend.

All day long on Friday and Saturday, we’ll select one gamer out of twelve to participate in the PAX Open Rumble Supremacy Tournament. On Saturday afternoon, they will battle to the last for a chance to win awesome loot from the Bungie Store.

To the winners go the spoils:

The winner is already in town. We can feel their presence. They need only make their way through the crowd, and outplay everyone at the convention.

We know you’d love for us to commit this to a livestream. PAX is not the time or the place for those shenanigans. We’ll be managing a thundering herd of people. This is for fun.

For a truly competitive stream, we need a more controlled set, and the right partner…

At gamescom, we revealed the first Private Match with the community. It was a fun showdown between community leaders and our away team. Before we put that power into the hands of every Guardian, we’ll yield the stage to some old friends to show us the true meaning of war.

Major League Gaming has been hosting serious showdowns in Bungie games for over a decade. As a final stop on the road to launch, they’ll welcome some of our killer elite to face each other on their livestream – in their own way.

This is your chance to witness the future of competitive play in the Crucible.

The game will be Supremacy – a best of five matchup between two teams. Your hosts will be Chris Puckett,Michael Tash, and Benson Bowe. We’re also sending Bungie Crucible Designers Lars Bakken and Derek Carroll to provide some expert developer commentary.

Here’s the line-up of combatants. It’s shaping up to be a tough room.

To those about to game, we salute you…

We love the axe so much, we asked a real live blacksmith to make us one. Tony Swatton from Sword and Stone stoked the forge. It will occupy a place of honor in our castle and keep.

It’s heavy. This is truly a weapon for an Iron Lord.

Introducing Destiny Player Support, the first line of defense for the player experience.

Destiny Update 2.4.0 will become available for download to PlayStation 4 and Xbox One consoles on September 8th, 2016. Server Maintenance and Downtime will also occur on this date, from 8:00 AM through 4:00 PM PDT. Once maintenance has concluded, players may proceed to download Destiny Update 2.4.0.

Along with this extended downtime, Bungie.net and Destiny Companion App functionality will be limited. The conclusion of maintenance will be announced through @BungieHelp, followed by the publication of Update 2.4.0 patch notes to the Game Updates page.

In preparation for Destiny Update 2.4.0, please see the following:

With the release of Destiny Update 2.4.0, Destiny Clan features will also be taken offline in preparation for in-game Clan Roster functionality. Clan tags will not appear on player nameplates until functionality is restored. Bungie.net Clan enrollment and moderation functionality will not be impacted.

We will announce the return of Clan functionality at a later date through @BungieHelp. You can find additional information in this Help Article.

Destiny Update 2.4.0, will also change the ways in which players acquire Sterling Treasures. Starting September 8th 2016, Players may only acquire one Sterling Treasure per week, through the Level 41 Prison of Elders playlist.

On September 20th 2016, with the launch of Destiny: Rise of Iron, the Eververse Trading Co. will no longer sell Sterling Treasure for Silver. Sterling Treasure will be replaced with Radiant Treasures, which contain Silver Dust, and all new Ornaments.

Additional information concerning Radiant Treasures, Dust, and Ornaments will become available upon the launch of Destiny: Rise of Iron on help.bungie.net.

Over the last few weeks, we have been actively investigating an issue which is prohibiting players on Local Networks from forming a Fireteam. We have identified the issue, and are investigating a potential resolution. Until a fix is implemented, we advise players who are experiencing this issue to visit our pinned thread in the #Help forum for potential workarounds to the issue. Once updates are available, they will be provided within the pinned thread and further communicated through @BungieHelp.

Here’s where I pass the mic to your true Community Manager for the weekly rituals. There is a trend that has been running in this feature that cannot seem to be undone. Behold the juggernauts.

Cozmo: They won again. For 11 weeks, they have been perched at the top. Crusher_78 has been in the 2nd place Fireteam for 3 weeks in a row. They came really close to winning last week. ScBattlefront’s team felt them creeping up and put their foot back on the gas.

This week the modifiers are Berserk, Chaff, and Grenade Kill Bonus. Keep your head on a swivel. No radar makes it easy to get snuck up on. Enemies will be shrugging off your bullets so keep your distance. Rack up those bonus points with Grenade kills.

Cozmo 2.0: So many movies. It’s hard to keep track of them all. We created a page just to house all of the amazing art and videos the community creates, you know it as the Creations page. Every week we look for some of the best videos to award the title of Movie of the Week. Winners and those that get the honor of being mentioned will be rewarded with these snazzy Emblems.

Let’s get to it and see who won this week.

Cozmo 2.5: Before I pass the mic back to Mr. DeeJ, I wanted to give a quick shout out to all of the wonderful players I met this past weekend at Destiny Community Con. All of the organizers, streamers, and volunteers who put on this event did an amazing job. It really felt like a celebration of the player. It was great to be able to represent Bungie and hear players share their Destiny stories. It was also humbling to see the generosity of this community with how much money was raised for a great cause. Here are a few photos from the event. 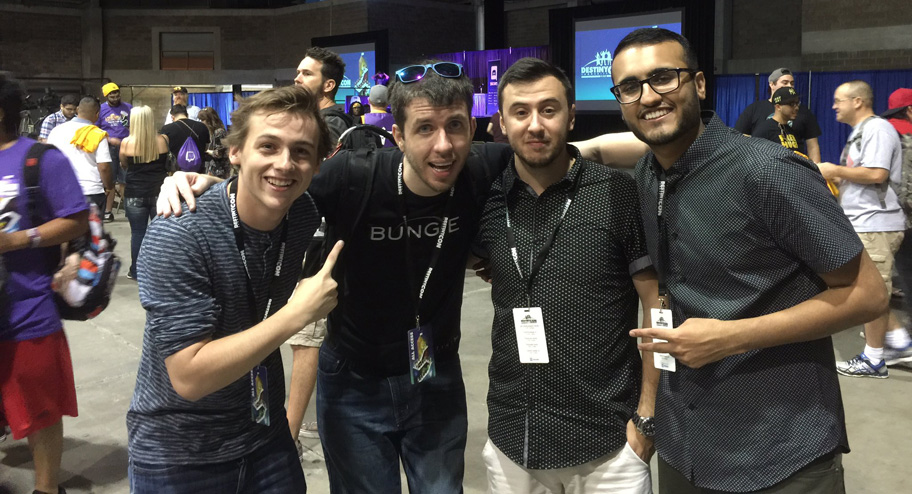 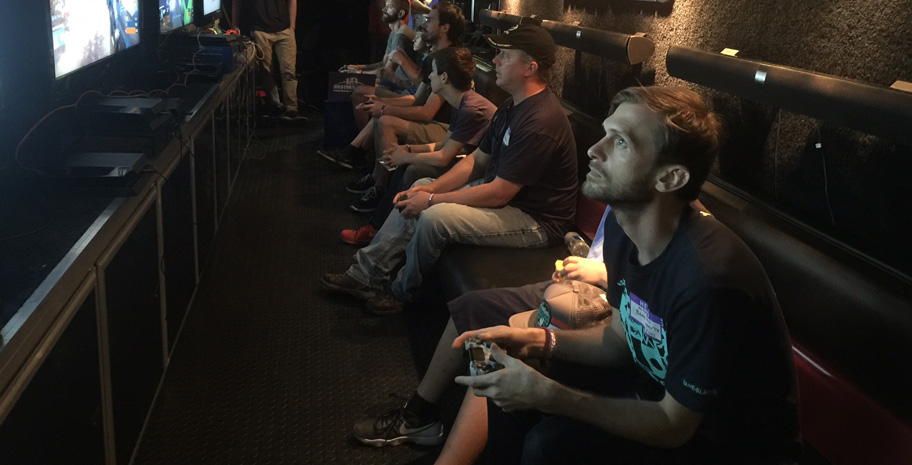 Welcome to September. Every day now, you can look at your calendar, subtract the date from the number twenty, and know exactly how many sleeps must transpire before you find yourself wide awake at the top of Felwinter Peak – assuming you’re brave enough to make the trek. It’s a steep climb, and the Devil Splicers will be glad to help you fall to the bottom.

There’s still a lot of fun to be had before then. We’ll share as much of it with you as we can. Even yesterday, I issued a mysterious tease about a chat that Mantis and I had with our podcasting friends at Crucible Radio. Stay tuned to them for a great conversation about the competitive culture that’s about to ramp up in our friendly community.

Right now, I have some Guardians to meet. If we cross paths at PAX, do raise your fist for a bump. It’s going to be a great weekend.