This week at Bungie, we’re controlling some new zones.

Lord Saladin made his return to the Tower this week and players have been rallying to his flaming shield. We also launched an additional map with Iron Banner to give you more zones to control. Distant Shore is a Crucible map set on Nessus, but it will be very familiar to Destiny 1 veterans. After the weekly reset, Saladin will leave the Tower, signaling the end of this Iron Banner. Distant Shore will then go into the rotation for all playlists. 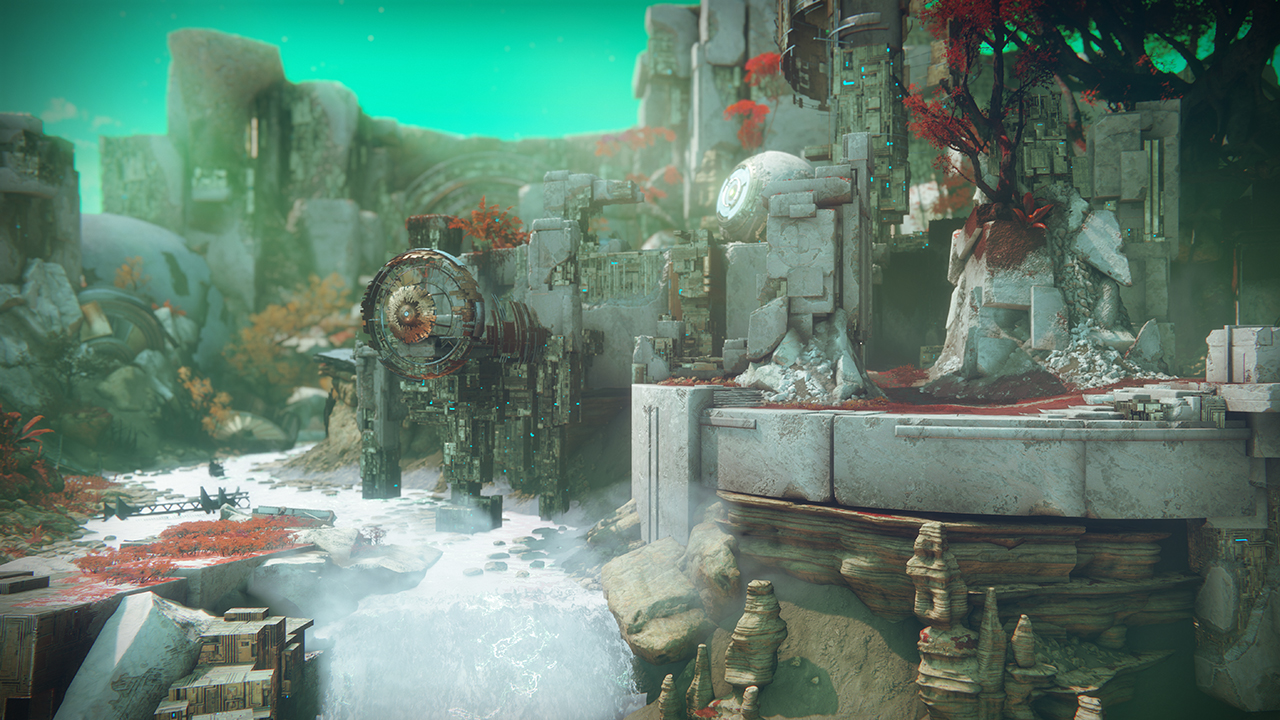 In only 12 days, Destiny 2 will go live on personal computers all over the world. Every player on the PC will be able to start their adventure at the same time, but the clock may display a different time depending on where you’re located. If you want to know the exact time when you can start playing, this nice map will show the ”Go Live” time in your region. If you are not close to one of the cities listed, you can also use this handy link.

Now that you know when the games will begin, you probably want to make sure your PC is ready to go. We gave you some minimum and recommended specs for the Beta in a previous update. Now we have an updated chart for you to check out before the full release on October 24 at retail stores and digitally via the Blizzard Battle.net app.

Earlier this week, we postponed the launch of the Prestige Raid. An exploit was discovered that could cast doubt on the legitimacy of the fireteam who captures the coveted title of World First. We have been working on a fix, but the short-term solution contains too much risk. The last thing we want to do is fix an exploit some players are using, only to break other parts of the game for everyone. Because of this, we are pushing the fix off to a later date.

“Does that mean you are delaying Prestige Raid again?”

No, the Prestige Raid will still begin on October 18 at 10AM Pacific. We don’t want to make you wait any longer to experience what the raid team has cooked up for those of you who enjoy a challenge worthy of your talents.

One thing we did accomplish as part of our investigation was the creation of a way to verify a clean finish. We can now detect if any teams use this exploit to gain an advantage. This will take some extra time to verify, but we will be able to crown the winners with the confidence they deserve.

A safe fix is still being investigated for this issue. Our current plan is to deploy it as part of a future update. We’ll give you more details before it’s ready to go.

This isn’t the only upcoming raid news. We will be back next week to tell you about Raid Challenges that have been designed to make you rethink familiar encounters.

Ever since launch, there has been feedback posted anywhere and everywhere that discussions about Destiny 2 happen on the internet. I’m always dialed into our own feedback forum, as well all other avenues you travel to share your ideas with us. Some topics are as broad as “ways to make the Crucible more fun.” Some are much more specific, like “Add a method to mass delete shaders.”

We’re reading as much of your chatter as we possibly can. There are millions of you, after all. One thing we have noticed is a lot of discussions about the Endgame and how it can be improved. Right now, these discussions are also happening in our studio. We are listening, but need time to digest everything and draw up the best plans for the future. We will have more to say on this soon. Please stay tuned, and keep the conversation rolling.

Destiny Player Support is on the case. No matter what the issue is, they will seek out player reports and make sure the right people are working the problem.

Earlier this week, Hotfix 1.0.3.2 was deployed to resolve issues where players would experience console crashes when attempting to load into the Tower. Initial monitoring has shown positive results, and players should not experience this issue moving forward.

We are continuing to investigate an alternate issue where players may encounter a black screen when loading into the Tower. This may occur on both PlayStation 4 and Xbox One. Many user reports detail that Tower audio can be heard, but players are blocked from fully loading into the instance. If a player encounters this issue, there are two known workarounds:

We will provide updates on our investigation once additional information is available.

Destiny 2: How to report Clans or Players

When playing Destiny 2, players have multiple avenues to report players or clans that are suspected of cheating, using abusive language, or engaging in poor behavior during gameplay. The Bungie Security Team and Bungie.net Community Ninjas receive reports and execute moderation as necessary.

If a player encounters others who are sending malicious messaging or engaging in verbal abuse through voice chat, we advise using platform report tools provided by PlayStation, Xbox, and Blizzard.

We are back with another edition of the most popular game show currently airing on This Week at Bungie. I’ll be your host as we take a look at some of our favorite video media created by the Destiny 2 community this week. All our winners today will be receiving a special emblem in game. There was an issue with how we grant the emblem, so if you are a past winner waiting patiently for yours, we will have it to you as soon as we can in a future update.

Move of the Week: Hardhat Area

It’s good to be back. Lots of excitement in the air. Iron Banner this week. Prestige Raid next week. Then we get to welcome PC players to the community.

If you would like to join me for some Iron Banner, I’m putting together some fireteams for this weekend on both consoles. You can sign up for a chance at a spot here.

This week at Bungie, we’re controlling some new zones.https://t.co/nrTbYbxts2 pic.twitter.com/07odqvN9i5