DESTINY 2 EXPANSION ONE: CURSE OF OSIRIS

Continue your adventure with the Destiny 2 Expansion Pass and get access to both Expansion I and Expansion II. Both expansions feature brand new destinations, story missions, and adventures. Play new cooperative activities, compete in new multiplayer arenas, and earn a wealth of themed weapons, armor, and gear.

Destiny 2 Expansion I: Curse of Osiris continues your Guardian’s journey with all-new story missions and adventures set in a new destination, Mercury. Journey through time and space to learn the secrets of Osiris, avert a dark future, and rebuild the ties between the legendary Warlock and his greatest student – Ikora Rey.

Journey through time and space to learn the secrets of Osiris, avert a dark future, and rebuild the ties between the legendary Warlock and his greatest student – Ikora Rey.

WHAT’S COMING WITH EXPANSION ONE?

Lost Prophecies and Forging Weapons – After finishing the campaign you will be able to complete optional quests called Lost Prophecies which will allow you to forge new weapons using Vex Technology. To do this you will need to visit Brother Vance in the Lighthouse Social Space after completing the campaign. You may complete up to 3 Lost Prophecies a week. Once you pick up the quests you will need to do certain activities to collect items needed. Once you have collected all the items needed you will be able to forge a new weapon. There are 11 Lost Prophecy Verses, meaning there is 11 weapons you may unlock. One of the new Lost Prophecy weapons is a hand cannon called Jack Queen King.

Eater of World Raid Lairs – Expansion One will release the 1st Raid Lair shortly after the launch of the expansion. The Recommended Power Level in Expansion One will be at 300. Raid Lairs offer a challenge as usual but are shorter than the regular raid version. The Raid Lairs will have new puzzles, encounters and bosses, and new items including weapons and gear. There will also be a prestige version. Expansion 2 will release the 2nd Raid Lair. All Raid rewards will go up with the new light level.

Public Events- The public events will be the biggest yet in Destiny and are said to be the most rewarding.

Adventures- Normal and Heroic versions will be available. The Heroic Adventures will have modifiers.

Strikes- Two strikes will be added with the Curse of Osiris expansion called Tree of Probabilities and A Garden World.

Lighthouse Puzzle- The Lighthouse will have a puzzle for Guardians to solve (more info will be added about this asap).

There are some updates that will be made in December and some will come sometime in 2018. Some of these updates are:

Fated Engrams- Xûr will offer Fated Engrams. Every week, you’ll be able to acquire one of the new Fated Engrams using Legendary Shards that will decrypt as Exotics that aren’t already in your collection. It is a simpler Three of Coins that boosts Exotic drop rates from any source for 4 hours. There is no obscure stacking mechanics or need to re-apply before every boss and  they cost Legendary Shards, you can have as many as you like.

Other updates include- Improved vendor rewards, adding ways for people to purchase items directly with their Legendary Shards and Tokens and new Armor Ornaments will be available from many activities such as Iron Banner, Raids, and Trials of the Nine just to name a few.

Read the post below for complete details about updates coming to Destiny 2.

New information is currently being added. This section/page will also be updated periodically.

Stream One – Curse of Osiris: New Stories to Tell (Nov 15)

The latest episode of the Bungie Podcast is now going live on iTunes and Android with @thislukesmith and @knowsworthy. https://t.co/JR2UqPpa7M 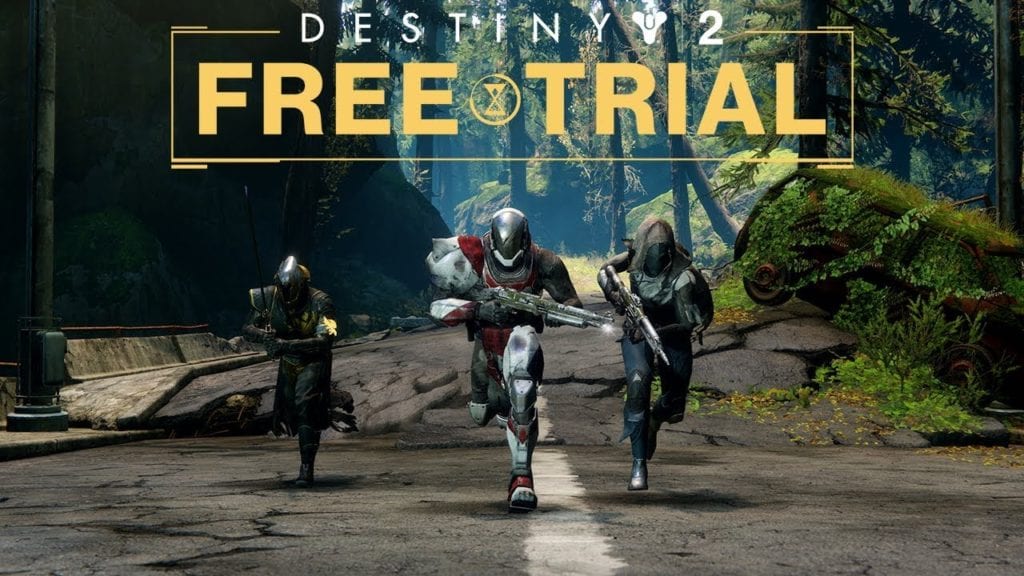 Click link above to read more details and learn about the free trial available now on PC and Console.

This page will be updated periodically with new information.