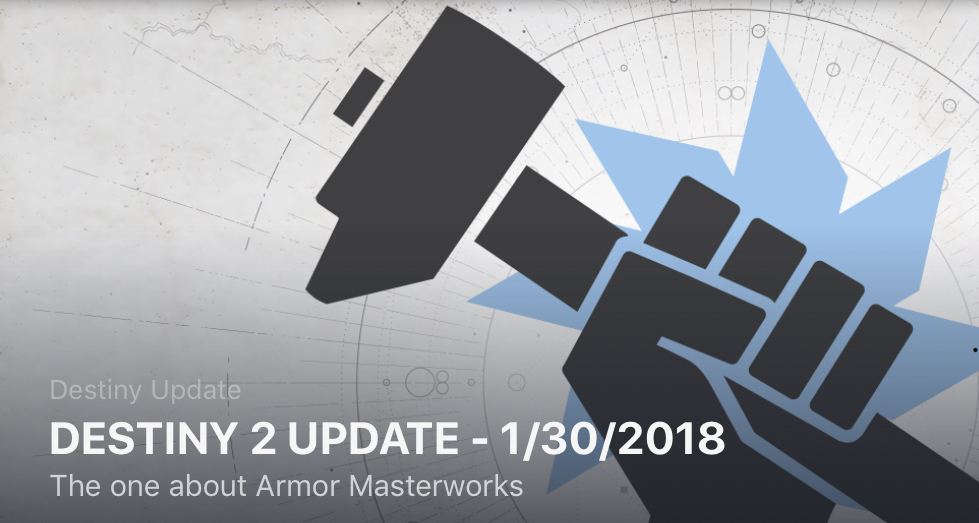 Destiny Update 1.1.2 – The one about Armor Masterworks

We're live, a bit early at that! If you haven't read the patch notes, you can find them here: https://t.co/61wGVSrKWe https://t.co/Lb9EoTl4ci

Iron Banner is now available, through next Tuesday. The game is Control!

Visit Lord Saladin in the Tower to begin. pic.twitter.com/WFRIKI28vv