This week at Bungie, we lit the Iron Banner again.

Iron Banner 6v6 is back for Season 3. To celebrate its return, we added a reprised version of the Bannerfall map to the playlist. This was another fan favorite we brought forward by popular demand. It will be available in the Iron Banner playlist until the next reset, when it will become available in Quick Play, Competitive, and Private Matches for all players of Destiny 2. You also might see it in Trials this weekend, but we’ll know that for sure tomorrow! 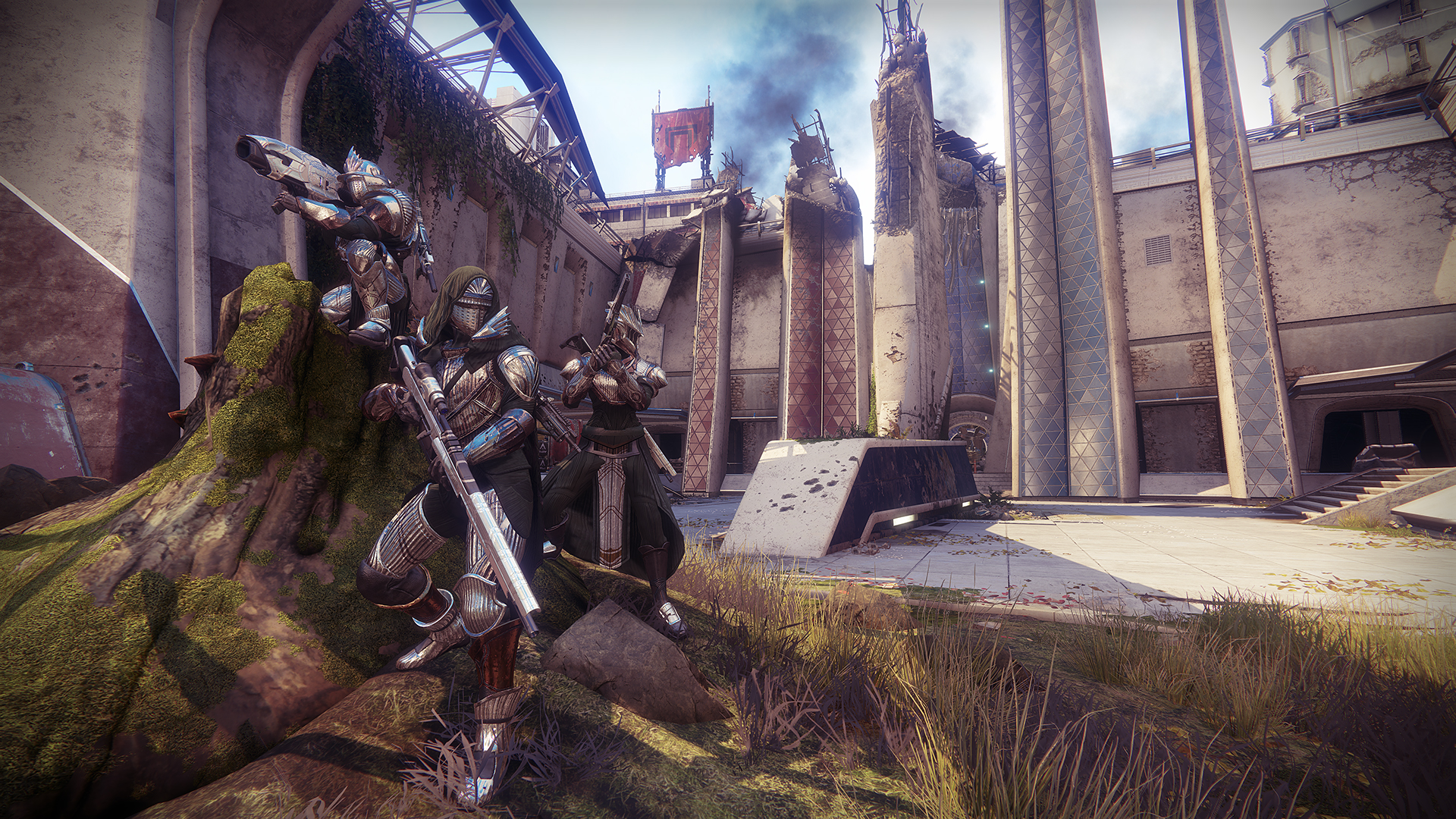 Escalation Protocol has been live for two weeks now. Ever since the launch of Warmind, we’ve seen Guardians bravely battling hordes of Hive on Mars. The bravest among you have gone on to defeat seven levels of bosses. As always, combat leads to feedback. Today, we’re responding to a popular request for new matchmaking systems that would unite nine players in battle. Lead Designer Jacob Benton has some comments about this new activity in Destiny.

What were the design goals for Escalation Protocol?

Jacob: Escalation Protocol was designed to be a high-difficulty endgame activity for a max-level, three-player fireteam. Other players in the world can contribute to make it easier, but they shouldn’t be required as long as your team is highly skilled and coordinated. We have received a lot of feedback since the original launch of Destiny 2 that players felt like reaching max Power was not satisfying. There weren’t enough activities that required and rewarded that level of commitment. Escalation Protocol was designed to fill that gap.

So this activity was not specifically designed for nine players?

Other than Raid Activities, all PvE activities and private spaces are optimized for three players to allow for multiple types of activities in the space. So no, it wasn’t designed for it, but it’s not a surprise that it’s easier with nine players, given how under-leveled most of us are right now. We knew that players would use the same creative workarounds to get nine players into a space similar to Court of Oryx, but we did not specifically tune the difficulty around requiring that many players.

Any plans to enable larger fireteams in the future?

We’ve had a lot of conversations here about what to do to answer the community’s feedback. We’re going to continue to monitor as more players progress up to max Power and are able to attempt Escalation Protocol at the difficulty it was designed for and we’ll determine what, if any action, is necessary. We also hear players are really enjoying large groups of players fighting against enemies, so we’ll use that feedback to inform our future plans.

We kicked off the beginning of Season 3 with changes to Exotic Weapons. “What about the armor?” has been a popular question. Today, we’re going to start answering it. This is the first wave of changes—the next are currently slated to come in July. Sandbox Designer Victor Anderson has the facts on what you can expect on May 29.

Victor: We’ve received a lot of feedback on Exotic Armor in Destiny 2. With 1.2.0, we introduced changes to Exotic Weapons to make them punchier and more compelling, and with the 1.2.1 release, we’re taking steps to update some of the existing Exotic Armor.

It’s my hope that the changes to Exotic Armor will result in more interesting choices, whether you’re doing a strike or going for wins in the Crucible. When deciding to update the Exotic perks, our goal was to keep the identity of the Exotics the same, even if the way they influence your playstyle is slightly different.

With the release of 1.2.1, we’re updating six pieces of Exotic Armor, two for each class, and we will be updating more in the future. Please note that any mechanical changes are in addition to the already established effects unless explicitly stated otherwise.

A few weeks ago we kicked off a new type of stream where we have a friendly match against a predetermined team of worthy opponents. Our friends at Vicarious Visions have put their quarters down and called next.

If you are not familiar with VV, they have partnered with us to create awesome content for Destiny 2. They want to show off their Crucible skills and see whether they can defeat us in a friendly exhibition. Here are the details:

This will be a best-of-five match. Bungie will pick two game types, and VV will also pick two. The final game will be Mayhem on Bannerfall.

Fixing to Fix It

We have another update inbound. Destiny Player Support is here to tell you when your bits are scheduled to arrive and what you need to know about the upcoming patch.

Destiny 2 services will undergo maintenance on Tuesday, May 29, 2018. No downtime is expected. During this time, Destiny 2 Update 1.2.1 will become available to players. Please see below for the timeline of the maintenance window.

Here’s a quick overview of issues that should be resolved in Destiny Update 1.2.1:

The full patch notes will be made available on Tuesday, May 29. Stay tuned to @Bungie on Twitter for further announcements.

This week, we identified an issue where players could reach 385 Power within a short amount of time if characters had no items equipped in their weapon inventories. Characters could enter this state only by using the item equip functionality available through the Bungie.net API. As such, the ability to equip or unequip items through the API has been disabled until we can resolve the issue. While players may still transfer items from character to character, any item that is equipped will need to be unequipped within Destiny 2 before it can be transferred using the Destiny Companion App or any third-party application.

The ability to equip items is one of the most used features available through the API, and the decision to disable this functionality was not made without our weighing the impact it would have on the community. To preserve the meaning behind reaching max Power, we decided that this action needed to be taken.

Once a solution to this issue has been identified, we will provide updates on when to expect a hotfix that will allow us to enable these features once more. Stay tuned to @BungieHelp on Twitter for updates.

It’s time for our Movie of the Week. This is a recurring segment where we find cool videos that the community has made and award their creators with a special emblem, the Lens of Fate.

Movie of the Week: Magic Bullet

If you would like to enter a submission, post it to the Creations page and make sure you have your player name in the description of the video.

Twitch Master Scott wanted me to let you know that we have set up a Discord server that is attached to our Twitch account. We’re not using it for messaging; there are plenty of Destiny 2 communities for you to seek out on Discord. We wanted to ensure any subscribers who are supporting the Bungie Foundation can use our Twitch emotes while on Discord. For more info on how, go here.

That‘s all for this week. Enjoy Iron Banner!

This week at Bungie, we lit the Iron Banner again.https://t.co/VU0knFk9CO pic.twitter.com/V49blmrgqV