This week at Bungie, Future War Cult took the crown.

It has been a long time coming. Future War Cult has always been celebrated among Guardians. I mean, who wouldn’t rally behind the faction who foretold of the Red War. Event after event, there were those who dismissed the cult, believing they’d never taste victory.

Zero Future no more. It was a wild race, from start to finish. Behind the scenes, we have the ability to spotcheck the pulse of each faction, and this event in particular was close. Each day, Dead Orbit was within reach, but ultimately lacking the proper dedication for another win. 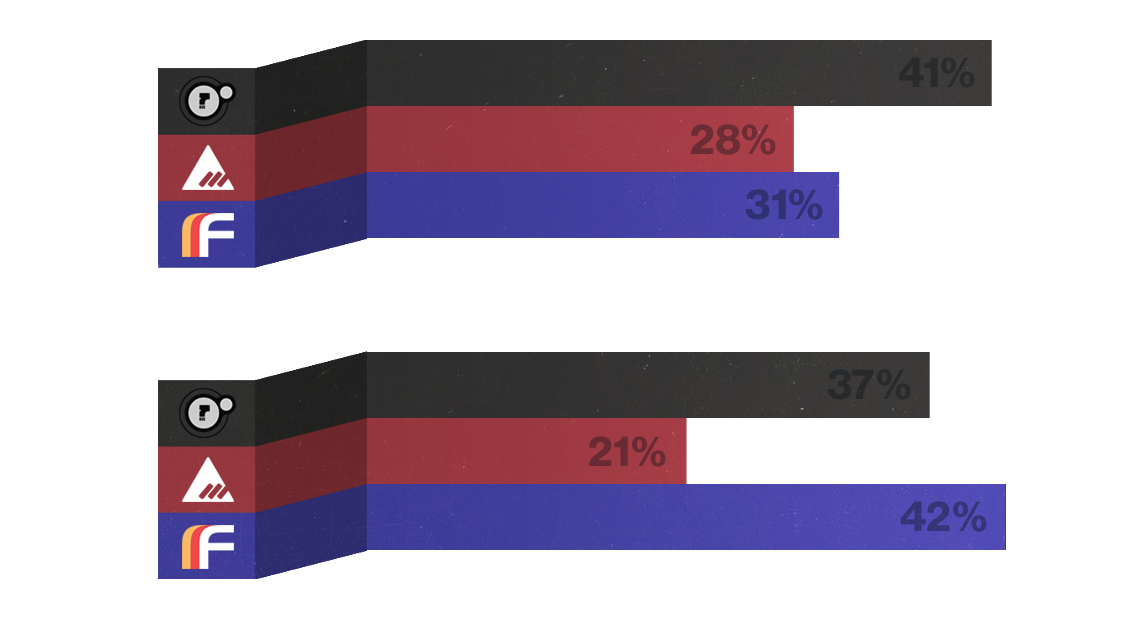 Cheers to all who pledged their loyalty to Lakshmi-2. In just a few weeks, we’ll be watching the third and final Faction Rallies event of Season 3 unfold. New Monarchy, it’s your time to shine. That… or be left in the dust.

Next weekend, after the smoke from tons and tons of fireworks has been carried away on the wind, we’ll be in Florida for the real celebration of rockets’ red glare. My fellow Community Manager has the details.

Cozmo: We’re heading down to Tampa for GuardianCon 2018. You’ve probably heard that Gambit will be playable at the show. It’s our pleasure to introduce the away team that will be inviting people to experience this brand new activity for Destiny.

We’ll be in our booth, throwing all challengers into the arena we’ve created for the event. To close out Day One with a bang, we’re looking forward to hosting a Gambit Exhibition Tournament on the main stage. Don’t feel left out if you can’t attend the con—you’ll be able to watch the sparks fly on their live stream.

These teams won’t be duking it out for a big payout. This is all in the spirit of charity and goodwill. All your donations during the stream will go to support St Jude’s. Bragging rights are on the line, though!

The teams and enemies will be revealed as we take the stage. Line up or tune in to the GuardianCon stream to see which team has the most cunning risks for tactical gain.

This Whole World Is a Story

If you’re looking to learn more about Destiny 2: Forsaken, Game Informer has you covered. Recently, a team of Guardians hungry for action descended upon our studio, leaving no stone in the Tangled Shore unturned. All month long, you’ll be invited to inspect their findings—everything from story to endgame, with a variety of topics in between.

This entire month we're rolling out exclusive gameplay and interviews about Destiny 2's upcoming Forsaken expansion, which just might give fans what they've been waiting for. Learn more here: https://t.co/yftWOCkM2U pic.twitter.com/ZzTFv0dFMg

Would you like to know more? Keep your eyes set on GameInformer’s Destiny 2: Forsaken Coverage Hub. You can feast your eyes on a rapid fire Q&A with Project Lead Scott Taylor and Game Director Steve Cotton, live now!

Last week, Senior Designer Joe Blackburn took some time to set expectations on the upcoming Prestige raid lairs. Since then, we’ve been fielding many questions about the World’s First race—will we have one? Can the release of each raid lair be staggered to offer multiple races? Luckily, Joe’s still here to answer these burning questions.

I just wanted to swing back around and give a quick update on some changes to the Prestige lair launch plan. Based on player feedback—and to ensure each World’s First race has a clean start—we’re changing the release times of each activity. Eater of Worlds will receive a one-hour delay to ensure players have ample time to download and install Destiny 2 Update 1.2.3 once it becomes available. Spire of Stars has been delayed 24 hours to offset the activity releases. The following times are when each activity will become available:

I want to quickly reinforce that the Prestige raid lairs are much more about week-to-week variety and less about a singular pinnacle challenge, but we are still excited to have the chance to watch the best of the best in the community sprint to the finish on both of these activities.

Dmg04 really wanted me to spill the beans on the Week One weapon loadout and modifier combination. I’m not that nice, but I’ll give you a couple clues. The first week’s modifier is brand new. It’s called Arsenal. It’s weird, and that’s all I’ll say about it. As far as the curated loadout goes, I can only give you a little advice about one slot:

I’ve been looking out from my Time-Worn Spire and I feel an Autumn Wind blowing.

Before we move along, we have some news hot off the press from the Crucible team. Senior Crucible Designer Kevin Yanes has been working behind the scenes to bring the following event to your PvP experience.

While some of us at Bungie are off on holiday to celebrate our country’s independence, we wanted to make sure all Guardians in Destiny 2 had something to celebrate. Starting this Friday (7/6) at 10 a.m. PDT and lasting through the weekly reset, players may earn 3x Valor Rank gains in all Valor-supported playlists! If you want to nab that Exotic Ghost or are looking to finish your Crucible ornaments, this weekend is the time to throw down in the Crucible. We hope you have fun this weekend and maybe take a dip in the Mayhem playlist, where you can celebrate with your own brand of fireworks.

Whether you be a grizzled ancient from the early days of Destiny or a new Guardian fresh out of the EDZ, Destiny Player Support has your back. They’re at the ready to help troubleshoot issues you encounter on your journey forward.

After investigating reports of this issue, we deployed a server-side fix which corrected this issue for all Free Trial players. All players participating in Destiny 2 Free Trial weekends moving forward should have complete access to Destiny 2 base game content for the duration of the promotional period.

For more information on the Free Trial, players should visit our Destiny 2 Trial help article.

1. Search help.Bungie.net for localized help articles on issues archived since the launch of Destiny 2.

3. Players who are unable to find information regarding the issue which they are encountering should then post a report to the #Help forum.

As always, including footage or imagery of reported issues encountered in game is the best way to make sure your issue is able to be promptly investigated for future updates.

For players who have yet to join us on bungie.net, we highly encourage you to join. A bungie.net profile is required to post on the #Help forums, and creating a bungie.net account grants access to Companion features such as item management, Clans rewards, and more.

Players who encounter issues creating an account, or are attempting to recover a recently lost account, should visit our Bungie.net Profile help article.

You miss 100% of the shots you don’t take. This Gunslinger was ready for their moment, and they executed with style. For that, they’ve earned the Movie of the Week, and an emblem to prove it in-game.

Movie of the Week: I Can’t Believe What I’m Seeing

Want a shot at the Lens of Fate emblem? Submit a video to the Community Creations page on bungie.net with #MOTW in the title.

The days are flying by. We have 8 days until GuardianCon, 12 days until Update 1.2.3, and a little over 60 days until Forsaken. There’s quite a bit to do between now and each of those, and we’ll keep the comms flowing throughout the summer.