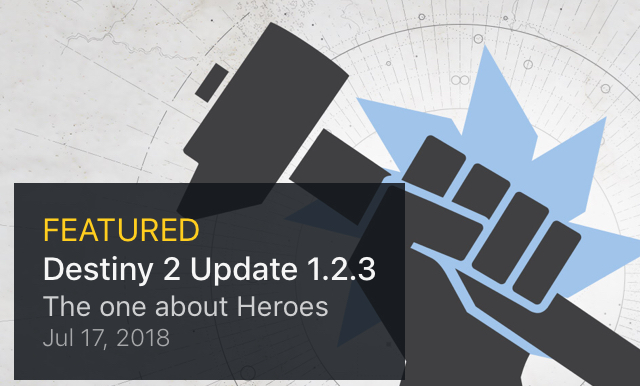 NOTE: All information concerning Solstice of Heroes: Moments of Triumph may be found at help.Bungie.net.

Developer Insight: The goal is to ensure these modifiers are noticeable, but when Guardians advance their Power and stats, they can notice themselves overcoming the debuffs.

NOTE: More details concerning the Prestige Raid Lairs can be found at: https://www.bungie.net/en/Explore/Detail/News/46981

Patch notes for Destiny Update 1.2.3 are now available. Download is expected to become available at 10:00 AM PDT.