Xûr is located in The Rig on Titan. Get more activity details and read some of the most recent Destiny 2 news below.

Starting Tuesday, October 16, all Destiny 2 players are invited to join in on the festivities. Amanda Holliday will serve as your host, offering bounties, masks, and rewards for all to partake in. Guardians will be invited to confront their Nightmares in the Haunted Forest, a limited-time activity exclusive to Festival of the Lost.

Get more details by reading post at: Festival of the Lost 2018 via Bungie.net 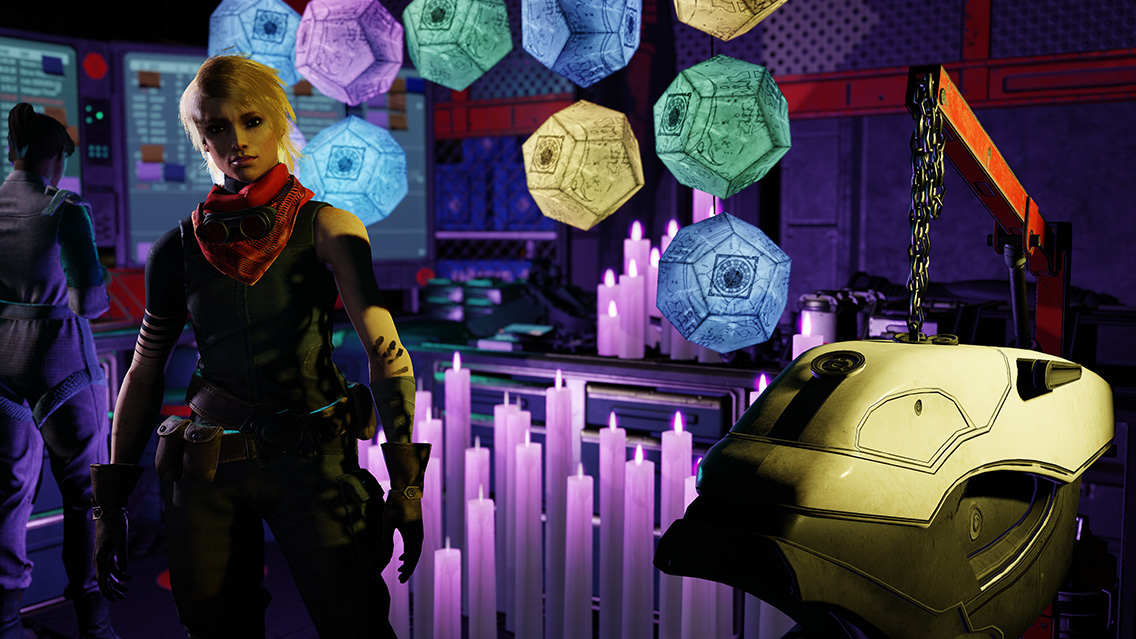 No one has heard from Eva Levante since the City fell. Shipwright Amanda Holliday has stepped up to raise everyone’s spirits. Thanks to her, the Tower is filled with merriment, as memories good and bittersweet fill our hearts. 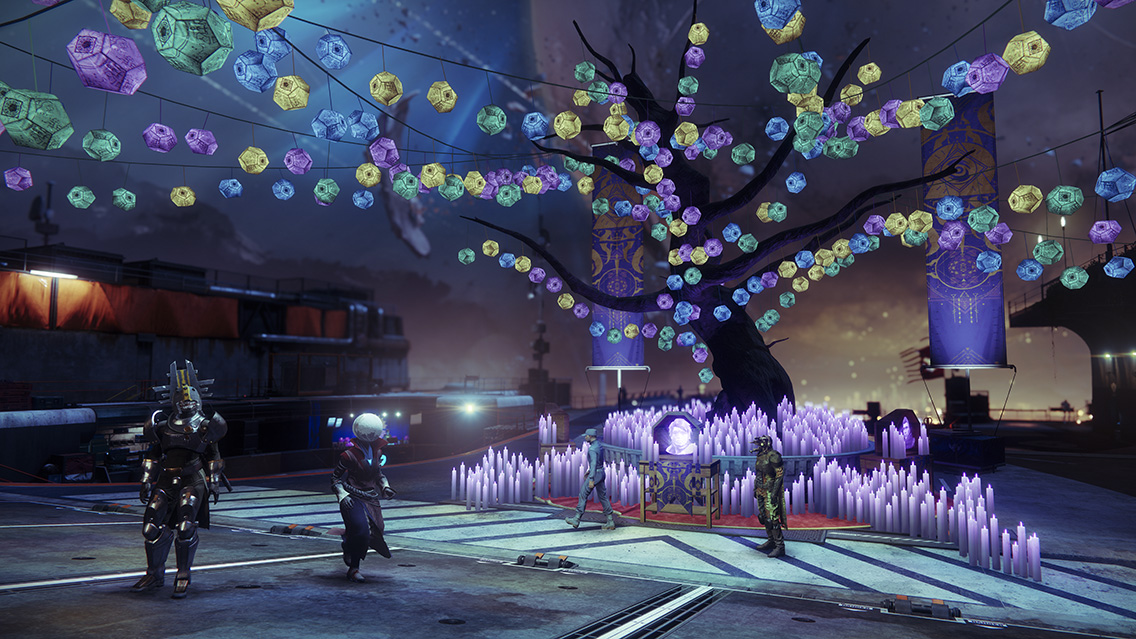 New Triumphs will be available for you to earn, and Holliday will offer daily bounties that award Fragmented Souls. These items can be used to purchase Festival of the Lost masks, as well as the Horror Story Legendary Auto Rifle. 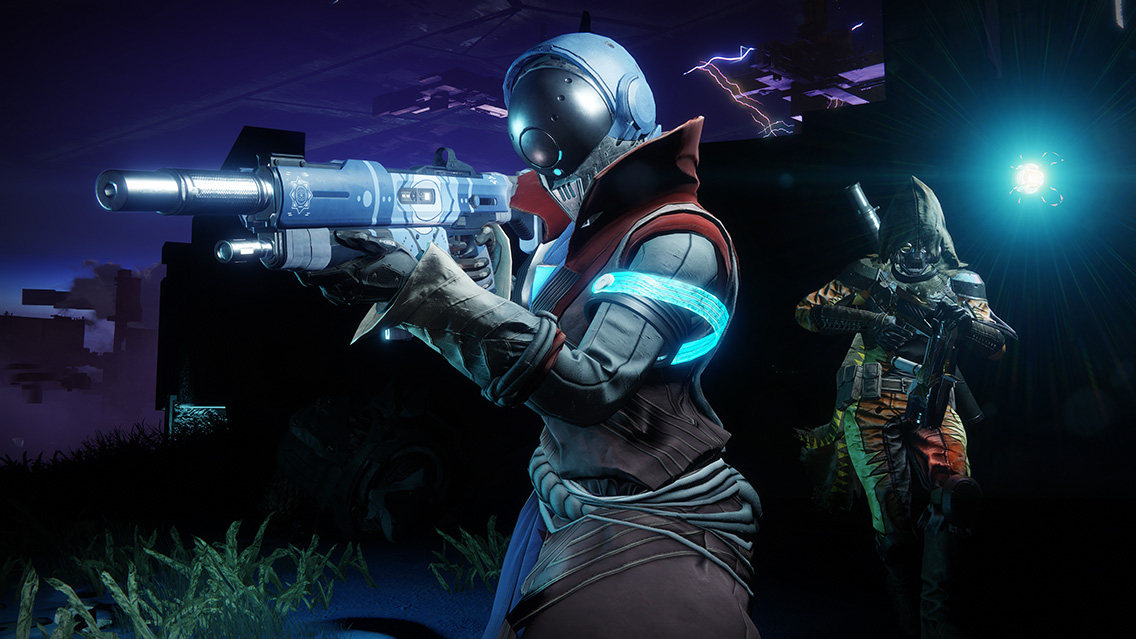 But even with the Tower illuminated by spooky violet candles, there’s always something scary lurking just out of sight. 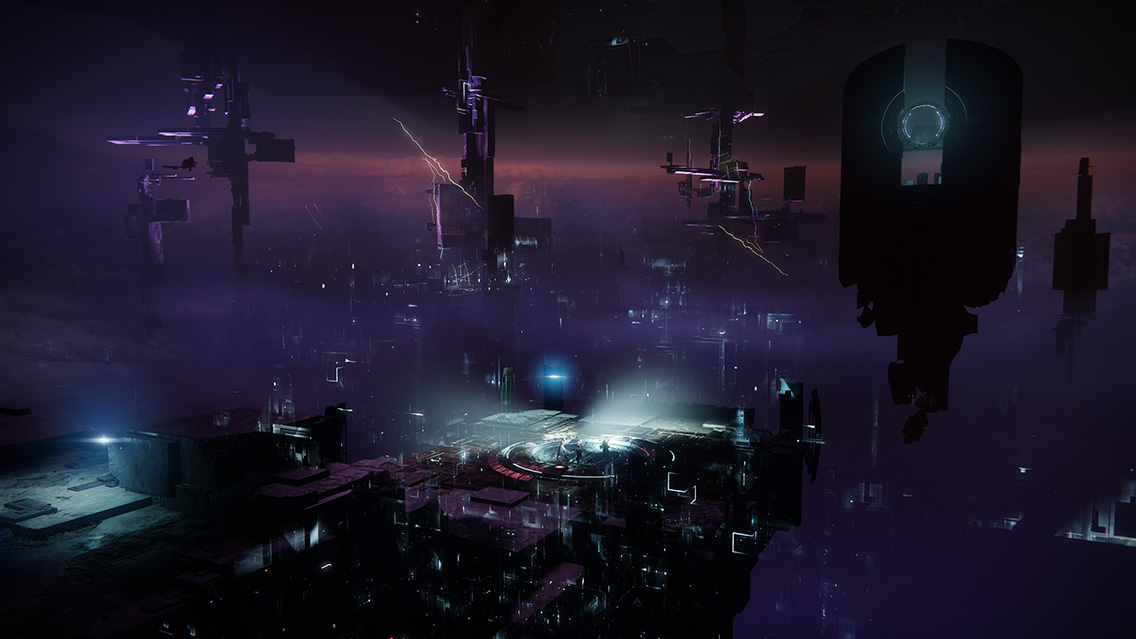 This year, Festival of the Lost brings more than just masks. For a limited time, all players of Destiny 2 are invited to the Haunted Forest. Guardians have been tasked with clearing out its ghouls and demons, which are spooking up a storm. You’ll have 15 minutes to dive as deep as you can into the Haunted Forest and clear out the Nightmares lying in wait. Be wary—the deeper you go, the more difficult your job will become. 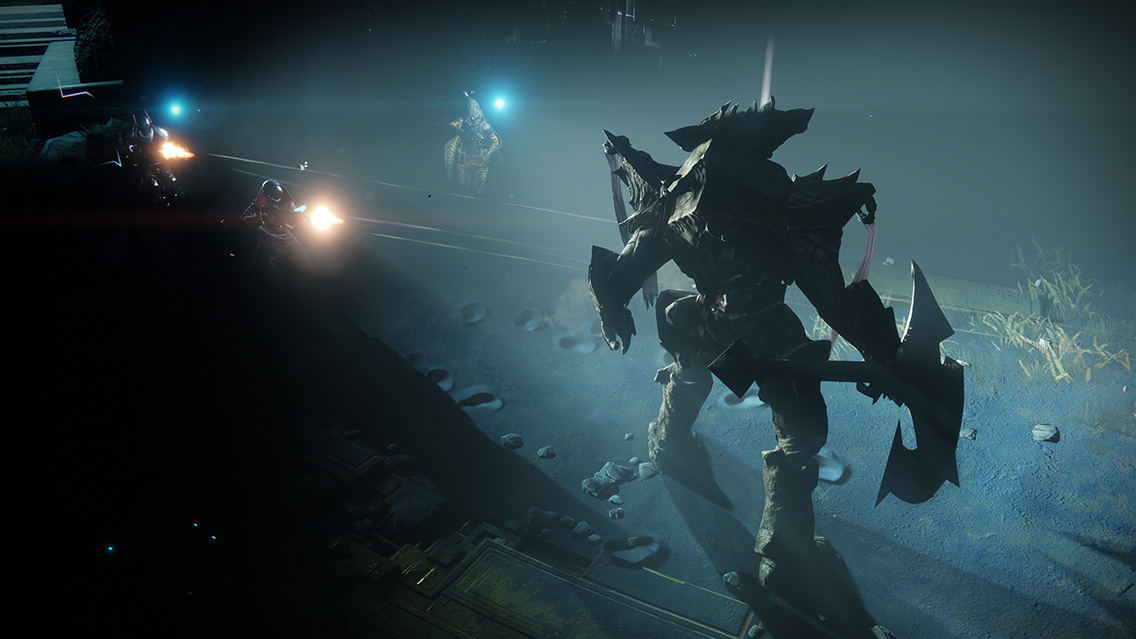 You can jump into the dark as a solo player, with a pre-made fireteam, or through matchmaking to join other Guardians in the fight.

Most players of Forsaken have already won justice for Cayde-6. But near the conclusion of Festival of the Lost, they’ll be called once again to avenge a fallen friend. Master Ives has been struck down. Maybe someone wanted to settle an old score, or lost their temper when receiving an Edge Transit. Whatever provoked the wrongdoing, justice must be served. 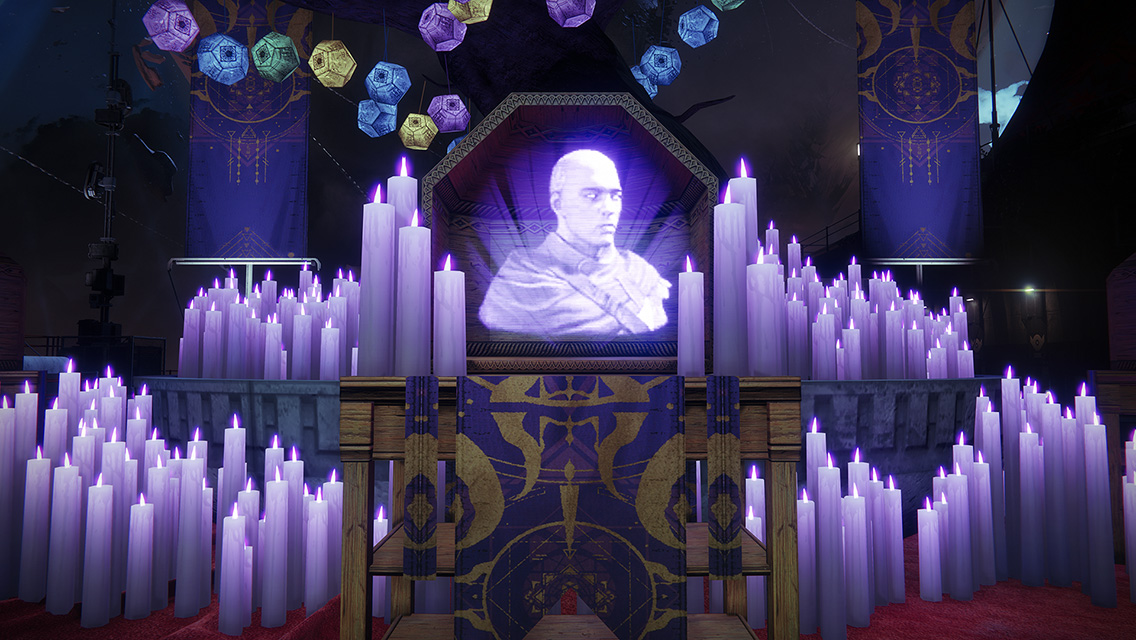 This pursuit of Master Ives’ killers will take place through a quest line, which adds an additional powerful reward for you to earn each week. The hunt begins on Tuesday, October 30. 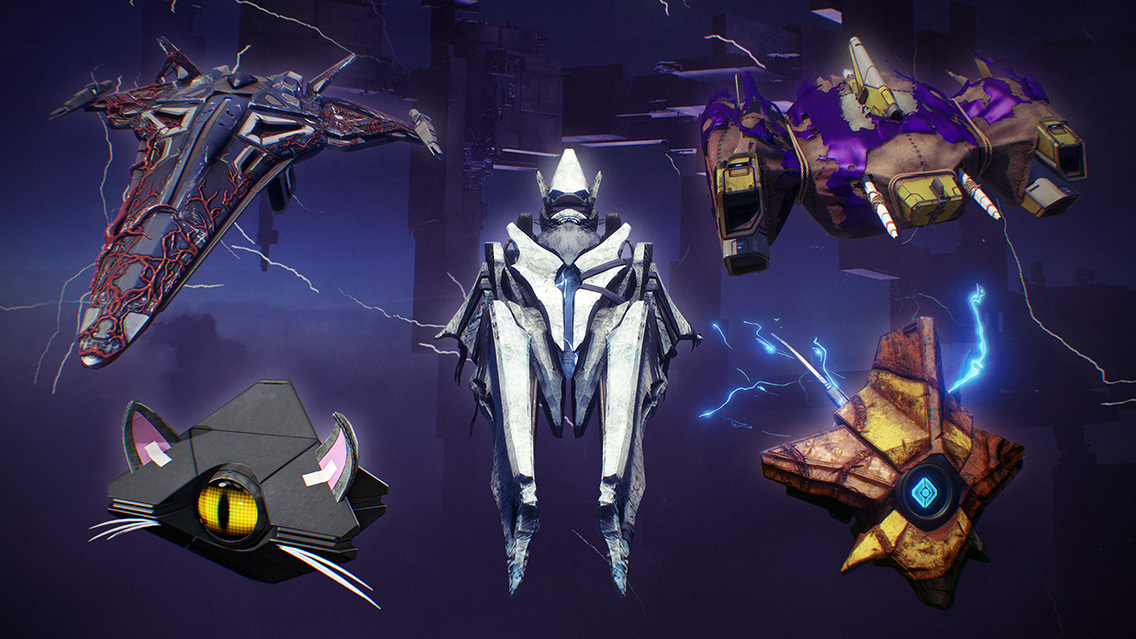 Tess will also feature rewards from the Ephemeral Engram on the Bright Dust store throughout the event, for those wishing to purchase specific items directly.

Every Guardian is invited to shoot their way through the masquerade. Enjoy!

Players will also unlock an item in Lord Saladin’s inventory for direct purchase with each bounty completion, featuring curated perk rolls. This time around, foxes and wolves will battle it out for a spot in your arsenal. 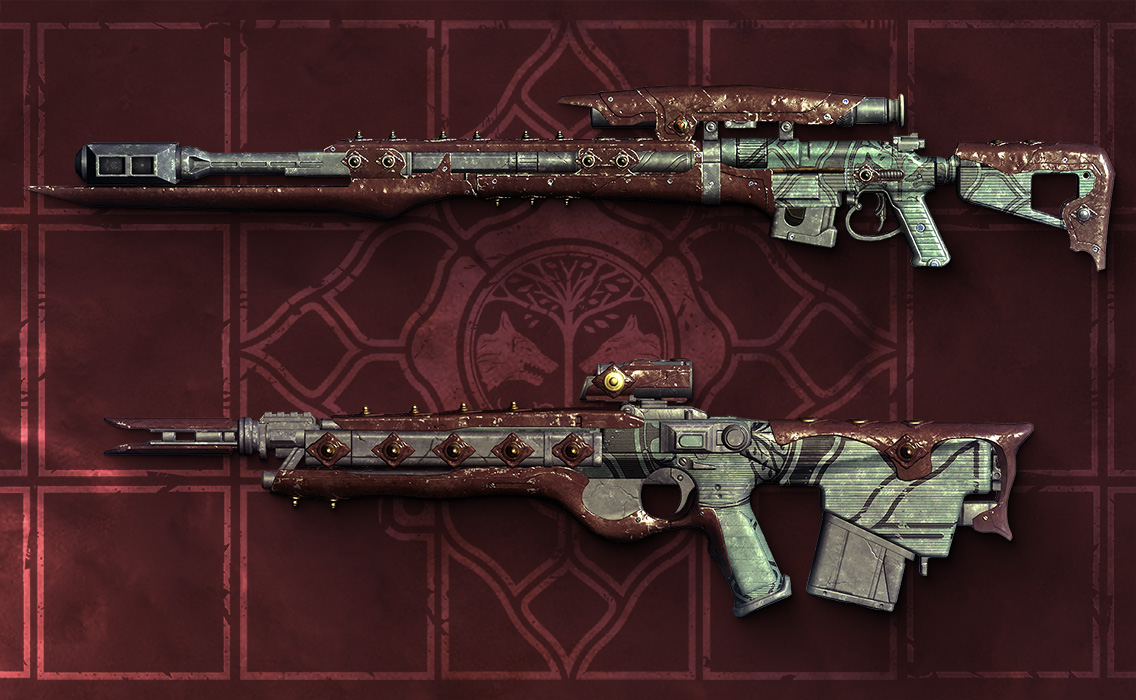 Earn double and triple Valor in the Crucible during Iron Banner and the dates below.

Oct 11: This Week at Bungie – The Masquerade is About To Begin

Oct 10: Festival of the Lost – Time to get Spooky

Every Guardian who played Forsaken prior to October 16 will receive the following bundle of items. 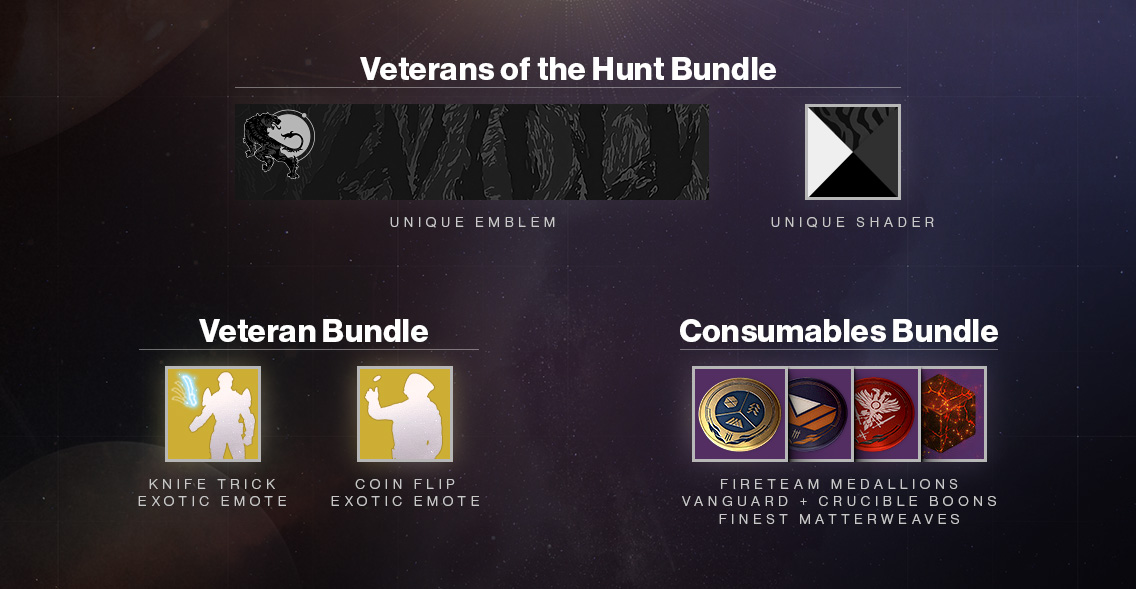 The Tiger Stripe Black Shader and Veterans Nameplate emblem are exclusive to players who earn this bundle by playing Forsakenprior to October 16. The two Exotic emotes will be made available on Eververse sometime in the future. All item names are subject to change. 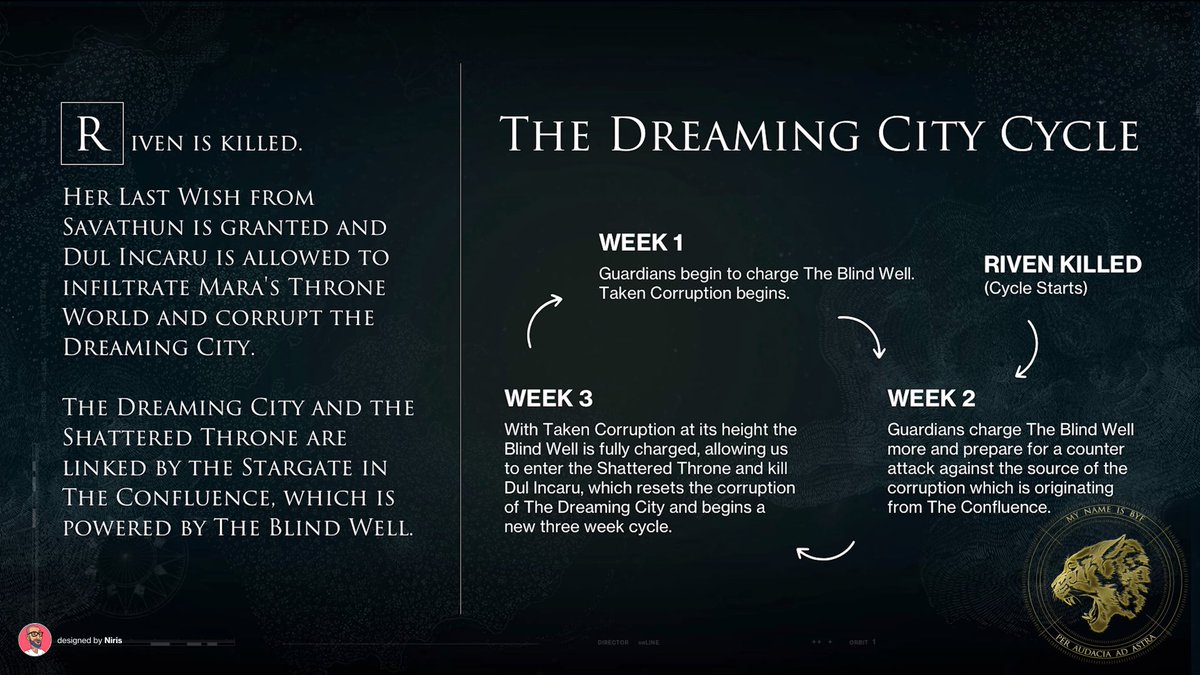 SPOILER WARNING!!!
👑 The Vigilance Wing Exotic Bundle is available now! Get more details at amzn.to/3iPsHhj or sign up for Prime Gaming using my affiliate link >> kyber3000.com/TP
Lost Sectors available until 05/13 at Reset:
Tweet by BungieHelp: