by Cozmo on the Bungie Blog

This week at Bungie, the fourth forge was unlocked.

But not in the way we intended. Sometimes at Bungie we try new things. On many occasions in the past, we have enjoyed watching as the community worked together to solve puzzles. That was the idea behind Niobe Labs. As the puzzle hunt started to drag on for too long, Guardians watched from the sidelines, eager to forge some new weapons. The feedback was clear: Puzzles are fun, but not when they gate content you were expecting to play. We’re flexible enough to change a plan when it’s not playing out as we had hoped, so we decided to give Annual Pass owners access to the Bergusia Forge. The final forge is open now!

Niobe Labs is still waiting to be solved. Some of the clues in the Niobe Labs puzzle are not as clear as we intended. Our designers are looking into this and will have a clarifying update at 6pm PST. If you are still interested in helping solve it, keep an eye on our forum. We’ll share the link from @Bungie as well.

We will be applying what we learned from this activity to experiences we’re creating for future releases.

Before the holidays, we mentioned some sandbox changes coming up at the end of this month. We’re excited to shake things up a little bit, specifically with how your most powerful abilities spread destruction. Here is Designer Dan Gniady with some designer commentary on the changes we have planned.

Dan: Hello Super Aficionados! It’s DanG here to tell you about upcoming changes to subclasses. In the 2.1.4 update, you will experience fresh changes to most of the Supers and a couple goodies here and there for the subclasses at large. If you want just the quick takeaway: damage was increased for most Supers (and slightly reduced for Blade Barrage and Nova Warp), and we’ve injected a couple new tricks into some of the older subclass paths. Keep reading for a more detailed look.

Josh Hamrick recently touched on our upcoming plans for Sandbox, and we wanted to expand on our intentions a bit further. These are some of the goals guiding us:

In this specific update, our goal was to look at Supers holistically across the board, bringing up damage where they underperform, fixing some major pain points, and adding new functionality where inspiration struck. To accomplish this, we did the following:

So, specifically which Supers got a bump?

This is the beginning of a process. We believe we’ve found a good place around which to balance the subclasses. This means a few outliers will come down a bit, but most will be brought up. It will involve changes to Super damage, tuning numbers on perks to make them more effective, or even wholesale replacing them when they aren’t performing.

Below you will find the very start of these changes. If you don’t see a particular improvement you were hoping for, know that there will be more to come. And please continue to let us know what you think as we make changes. We appreciate your feedback and share in your passion.

This Golden Gun change brings increased uptime with your Super. For the Way of the Outlaw, this means a skill-based mechanic to extend it. For Way of the Sharpshooter, it’s the ability to earn your Super more quickly.

This is step one for Shadowshot, and we intend to keep improving the way it works. For this pass, we focused on Moebius Quiver quality of life.

For Code of the Earthshaker, the change to Terminal Velocity should make it more engaging. The first tier is now easier to achieve. For the second tier, you’ll probably want some high ground, but if all you have is flat land, a directional slam near the peak of your lift can proc it. Finally, there’s a new third tier that will require some serious height to activate. On top of that, you’ll not only need to land your hang time slams, but also do it quickly enough to get in all four possible to maximize damage.

With Code of the Juggernaut, if you play it right, you can extend your Super for minutes (in PvE). I know this sounds crazy, but it takes foresight and strategic choices. The light shoulder attack is almost a movement mode with the new cheaper cost. With the increased mobility, you should be able to lay some shoulder on bigger targets and then go on a run for little guys to rebuild your Super energy.

Summed up: “Nova Bomb, now not just for large groups.”

The Nova Warp changes above are all small, but we think together they will help bring it down into a good place—a place similar to the Supers that we’re raising up.

Well, my part of this TWAB is Super over. But hey, thanks for reading! We’re genuinely excited to get these changes in your hands and look forward to hearing what you think when you put hands to controllers/keyboards and mice.

This is the current plan, but things could change in the next few weeks. The official patch notes will ship with the update which is currently slated for January 29.

Next week, we will adjust matchmaking settings in Competitive. This change is scheduled to take effect on January 15 at 10 AM PST. The World Systems Team has been gathering feedback and using it in conjunction with player data to make the next change for how we match opponents in the Competitive playlist.

We will be changing the matchmaking parameters so that opponents you find in Competitive matchmaking will be closer to your Glory rank. While the imbalanced match can still happen, we believe this change will reduce the number of occurrences dramatically. Players may experience longer matchmaking times as we will try to ensure a good Glory rank match before opening up the search criteria. Thank you so much for your feedback, and please keep it coming. We’re always improving the game and your feedback helps steer the conversation. 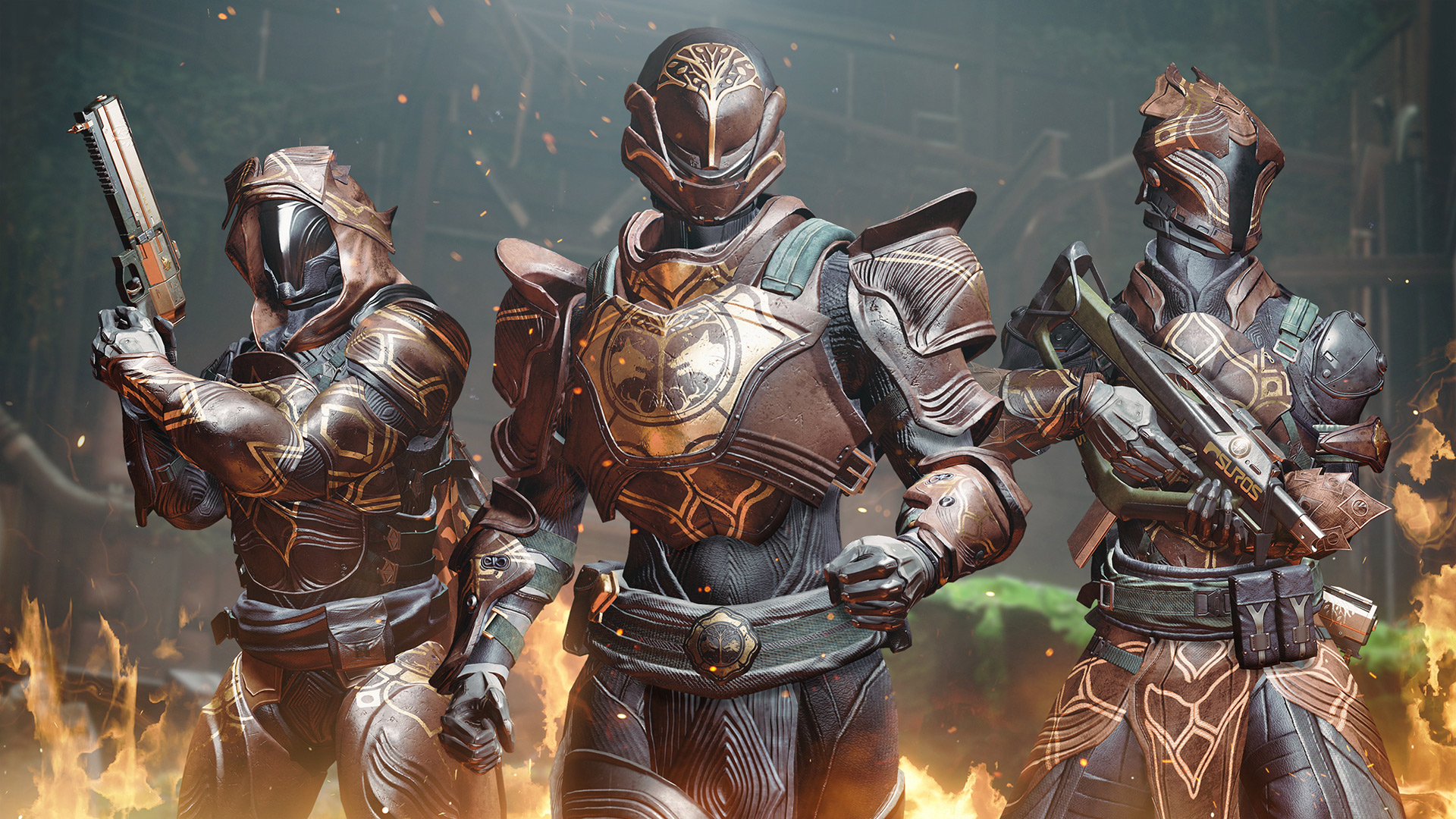 Saladin is making his regular visit to the Tower next week for the first Iron Banner of 2019. He brings with him weapons and armor to be earned by Guardians who chose to face off in the great tournament. Here are the rewards you can get your hands on.

Where Are My Keys?

Player Support has your back out there in the wild.

Shortly after the launch of Destiny 2: Forsaken, Destiny Player Support began monitoring player reports describing intermittent GUITAR errors in the final encounters of the “Last Wish” raid. These errors have been especially impactful to players attempting the “Petra’s Run” Triumph, which requires fireteams to complete the “Last Wish” raid in a single session with no deaths.

After comprehensive investigation, we currently believe that “Last Wish” GUITAR errors occur when players hit the limit on the number of server-controlled objects within a single area. This issue is exacerbated during the final encounter in “Last Wish,” when encounter-specific objects are left over from the Riven fight. Reaching this limit causes the server to crash, resulting in GUITAR errors for all players.

Our teams are working to identify this issue’s root cause, and are currently testing solutions to resolve these elevated errors. While no strict timeline can be guaranteed, possible solutions are being tested with the intent of shipping in Destiny 2 Update 2.2.0 in March. When more information is available, we’ll be sure to sound off.

Season of the Forge Vital Information and Known Issues

In addition to the items listed above, Destiny Player Support would like to remind players of the currently tracked vital information and known issues which players should be aware of in Destiny 2.

For the latest known issues as soon as they are available, players should visit our Destiny 2 Known Issues and Vital Information knowledge base article.

The Film Is Not Yet Rated

This is a special Friday edition of Movie of the Week! Sure it’s late, but that’s better than never. We were a little busy breaking news around here. That doesn’t mean your awesome content isn’t important. We thrive on watching your exploits and sharing them with the world.

Movie of the Week: EXO

As always, both of these videos will net their creators a fancy emblem. If you are one of the creative individuals that made a winning entry, make sure your name is in the description of the video.

It’s been a busy week. 2019 is off to a crazy start. Yesterday, we shared with you some news about the future of Bungie. Don’t expect these changes behind the scenes to impact our plans for Destiny or the current rollout of content on the calendar.

Iron Banner starts next week. A quest to earn a storied Hand Cannon is coming up next. I’m super ready for the subclass changes that come along with it. Thanks for continuing on this journey with us.

Niobe Labs has brought together some of the most brilliant minds in the Destiny community in order to try and solve the puzzle. Unfortunately, a string on Level 7 was improperly removed which would have provided additional information. In lieu of this missing piece of the puzzle, we are providing the clue below to help players on their quest to complete Niobe Labs once and for all.

Craft truth from the Hand

Return the dials to the crest

Stay true to the map

To prove thy knowledge of the family three