This week at Bungie, the Drifter is preparing for a turn to lead the next season.

We’re nearing the end of Season of the Forge. Guardians have plundered the Black Armory of its secrets and weapons. Shaxx hosted Crimson Days and Lord Saladin is watching over the final Iron Banner of the season. Before the Drifter takes center stage, we’ll be hosting a Raid-Along livestream featuring Scourge of the Past. If you’ve ever wanted to know what it’s like to build a raid from the ground up, this is your chance to peek behind the curtains here at Bungie.

Scourge of the Past Raid Along

Members of the Raid Test team will be fighting the good fight, as designers, artists, producers and more lend commentary on taking an idea and creating the greatest challenge our game has to offer.

To get Gambit primed for the Season of the Drifter, we have been working on some Quality of Life improvements We’re changing the way this little game is played, based on our own experience as players and a lot of feedback that we’ve collected since Forsaken launched. Today, Senior Designer Robbie Stevens is speaking on behalf of the team to take us through the changes you can expect on March 5.

Robbie: As we build on the Gambit theme in Season of the Drifter, we want to make sure to address some of the top feedback items for the base activity. Below is a sneak-peak of changes we’ve made based on the community’s feedback. Expect more details and additional quality-of-life changes for Gambit when Season of the Drifter drops on March 5.

These changes arrive with the Season of the Drifter. To get you ready for the change in seasons, we’re enabling Triple Infamy for the final week of Season of the Forge.

Are you looking to become a Dredgen and impress the Drifter? Or maybe acquire a few weapons to round out your collection? Wins, losses, and bounties will all reward you with increased Infamy throughout the week.

Back to the Sandbox

Alongside the Gambit quality-of-life changes, our Sandbox Team will be fine-tuning some weapon archetypes to refresh the gameplay experience in Destiny 2. The following is a quick preview of some changes coming with Destiny Update 2.2.0, with developer commentary from Sandbox Designer Victor Anderson:

These Energy weapons have dominated Gambit for quite some time. First came Sleeper Simulant. Then came the Queenbreaker. We’ve made them less forgiving so we can enjoy a change of pace.

In Season of the Drifter, we’re making a few changes to rapid-fire Shotguns, and the Full Auto perk. We’re doing this for a few reasons, one of them being that the Full Auto perk feels far too important to Shotguns in PvE. This perk effectively doubles the damage output of any given Shotgun due to the rate of fire increase.

While we believe it is important to have useful perks on your weapons, the efficacy of this was so impactful that rapid-fire Shotguns became the only Shotguns worth considering for PvE. When the following changes release in Season of the Drifter, we hope you might be inspired to equip an aggressive Shotgun or maybe even take a slug Shotgun for a spin in a PvE activity.

We also took the opportunity to slightly adjust Shotguns for the Crucible. While Shotguns will remain effective in the Crucible, we have toned down the range at which Shotguns could secure a one-shot kill.

Additionally, the team has some information regarding balance changes for the One-Eyed Mask Exotic, which will release with Update 2.2.0:

In various combat situations, One-Eyed Mask has been too effective, and has become a non-choice Exotic for Titans in PvP environments. After implementing the following changes, we believe the Exotic will still be potent if used well, but there will be more opportunities to counter it.

A new season means a new reality in combat. Keep up the chatter, and we’ll keep curating the Sandbox so that Destiny adapts to the way you play!

They’ll Be Your Guide

Navigating the various destinations of Destiny can sometimes be difficult, whether a snag occurs when following a quest line or an enemy fails to appear in the world. The Player Support Team is here to shine a light on the right path forward so you can get you to the loot you’ve been hunting.

Following the conversation from last week, here’s the second batch of player-impacting issues that we expect to be resolved with Update 2.2.0 in early March.

Check back next week for our third and final Resolved Issues Preview for Update 2.2.0. For the full Destiny 2 Update 2.2.0 patch notes when they are available, players should monitor our Updates page.

Relics of the Golden Age

Also resolved in Update 2.2.0 is an issue that has caused confusion regarding the “Relics of the Golden Age” quest for Sturm.

Currently, one of the steps in this quest directs players to “decrypt” five Legendary engrams and one Exotic engram. In Update 2.2.0, this quest description will update to direct players to “pick up” these engrams, which aligns with Year 2 world-drop engram behavior.

To set the correct expectations, here are special cases that players should be aware of when completing this step:

As always, players who encounter gameplay issues should report them to the #Help forum.

Whether it is a group of Crucible Legends or a single Titan taking down a raid boss, we’re always excited to see what the community brings to the table for the Movie of the Week. Watch as Chaperones, Whispers, and a Midnight Coup dominate their enemies in the clips below.

With just 12 days between you and Season of the Drifter, the team is hard at work dotting the i’s and crossing the t’s on Destiny 2 Update 2.2.0.

Before we go, I wanted to share a quick preview of something that the Hunters among you have been asking for. If you ever found yourself thinking, “It would be awesome if I could see my entire cloak when previewing shaders,” we have some good news for you. Update 2.2.0 will make a slight change to your view when inspecting cloaks in the character screen. 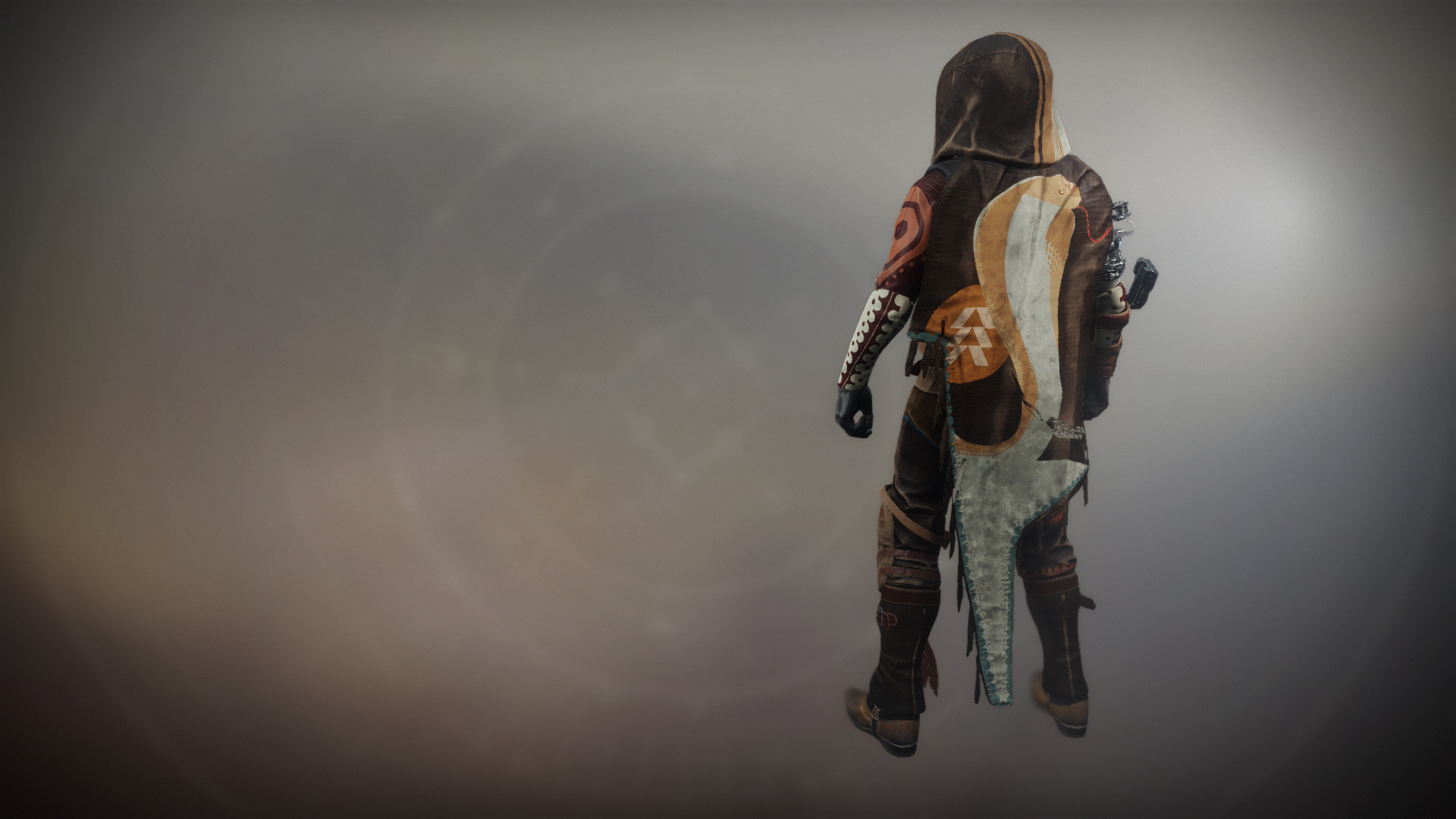 We’ll have more patch note previews leading up to Season of the Drifter. Until then, have a great weekend, and we’ll see you in the wild.

P.S.—Shoutout to every single Guardian among you who has completed the Shattered Throne Dungeon solo. I was finally able to conquer this challenge on Tuesday. In other words, the bread has been baked.

[Editor’s note—Cozmo did it first. Never let Dmg forget that.]

This week at Bungie, the Drifter is preparing for a turn to lead the next season.https://t.co/rQzuwza3MQ pic.twitter.com/TmwtB4qq35