This week at Bungie, Lord Saladin is watching you.

The Iron Banner rages on. Once again, players are invited to test their mettle in Crucible combat—with Power enabled. The Iron Burden and Wolf’s Favor are new features we’ve added to mix things up, and rewards have been refreshed to offer two updated weapons and the new Iron Symmachy armor set for each class.

If you haven’t jumped in just yet, Iron Banner bounties have been updated with new objectives, and each bounty will grant a powerful reward. Some quest steps for Thorn and the Recluse also progress faster in the Iron Banner, so if you’re on the hunt for these rewards, now’s the time to grind them out!

Today, we’re focusing on change. Destiny 2 Update 2.2.1 is on approach, and we have another round of server-side changes coming to Gambit and Gambit Prime Matchmaking to tune your experience.

Each Tuesday, Guardians look forward to a new set of objectives and challenges to complete in the world of Destiny 2—rotating Crucible modes, new bounties to complete, and every so often, a Curse Week in the Dreaming City.

For some time now, we’ve been encountering issues where some of our resets would catch bad streaks, preventing players from completing various Triumphs or earning their desired Titles. We’ve taken some time to address these issues and wanted to give an update on status.

This week, the Corrupted is available for Forsaken owners to complete. If this is the last checkmark you need for the Dreaming City Seal, make sure you head to The Dreaming City before the weekly reset!

Moving forward, we’ll be putting effort into preventing streaks where specific Nightfalls appear multiple weeks in a row or don’t appear at all for months, and we’ll be making sure your experience tackling strikes associated with Seals isn’t feast or famine.

While weapon frames aren’t tied to any specific Seals, we understand that players are on the hunt for new and exciting rolls on their favorite weapons. Since Black Armory released, there have been a few streaks where Sniper Rifle or Machine Gun frames didn’t appear for many weeks in a row.

In Destiny 2 Update 2.2.1, Ada-1 will begin offering all weapon frames each week. While players will still be limited in how many different frames they may acquire per week, we are removing the weekly rotation.

As Destiny 2 continues to evolve throughout the Annual Pass and beyond, we’ll continue to deliver quality-of-life changes like the ones described above to address common feedback items. Some changes may come more quickly than others, but we’ll continue to deploy updates to provide a better player experience. Speaking of these changes, read on for a quick preview of our next update!

Tentatively planned for April 9, Destiny 2 Update 2.2.1 will bring a variety of quality-of-life changes and bug fixes. Below is a short list of topics that we commonly see in the wild. Note, if any issues are found in the final weeks of development, the following may change or be delayed. We’ll be sure to keep you updated on status as we get closer to release.

Destiny 2 Update 2.2.1 will also kick off Arc Week. Be sure to check back next week for information on how we’ll be celebrating Arc Energy in Season of the Drifter.

Members of our Security Response Team spend their days swinging the banhammer against those suspected of cheating. They also inform players they they need to work on improving their network connections. This week, we have a few updates on their efforts.

Security Response Team: Our mandate is to safeguard the experience of our players against those opponents who would detract from your fun in the Destiny universe. Today, we want to talk about two different initiatives we’ve been focused on recently.

It’s important to us that people with disabilities be able to use accessibility tools, which sometimes include simple automation. It’s one of the reasons why we fixed the Titan Skating macro issue in-game, instead of simply punishing people running automation tools. However, there is a clear line between macros and aimbots. Players who stray into the latter territory will find themselves no longer welcome in the Destiny universe. We’re currently in the process of banning a number of players on PC who have been detected using aimbots to unnaturally augment their skill. Defeating your opponents, whether they’re AI or other Guardians, should always be about your own skill. We’ll continue to make sure that’s the case.

In December, we announced that we would begin issuing warnings and restrictions to players with extremely poor network connections that lasted for a prolonged period of time. We’re happy to report that 90% of the players who received a warning have not been detected for having a poor connection again.

For people who have struggled to improve their connection after receiving a warning, we want to be clear: Stability is more important than speed. Latency and Packet Loss are the biggest concerns for Destiny, not throughput (mbps). Here are a few choice quotes from our Network Troubleshooting Guide:

“While average bandwidth usage is considerably lower, Destiny may request up to 1 Mbps download and upload bandwidth. Destiny creates connections between a player’s console, Bungie’s servers, and other players in a unique way. As such, network performance in other games and applications is often NOT a good indicator that the network is setup for a stable connection to Destiny. The most common sources of lag and frequent disconnects are high latency and packet loss.”

We encourage players who receive a warning or restriction due to their network connection to visit the Latency and Packet Loss section of our Network Troubleshooting Guide.

Finally: Thank you to the players who have used the Player Report features in-game and on bungie.net to help us identify opponents who are hurting your experience. While we’ll never rely on Player Reports alone to issue restrictions, it is incredibly helpful for corroborating the hard data we gather.

Two weeks ago, we made some adjustments to Gambit Matchmaking to help even the playing field. To give a refresh of what the change was and why it was made, here’s some context from a previous edition of ‘This Week at Bungie’:

Gambit is a team-based activity. As such, players who are in a pre-made fireteam have a communication advantage. To offset that advantage, we’ve raised the internal skill rating of pre-made fireteams to pull in higher skill enemies to fight against. With this change, even as a solo player, you’ll still have a chance. Plus, your other matched fireteam mates should be higher skilled as well.

Whether you’re on the road to increasing your Power or taking your first steps as a Guardian, Destiny Player Support is at the ready to get you the information you need for success. If you need an assist, you can find then in the #Help forum, or content authored by the team on help.bungie.net.

This week, we kicked off the first Iron Banner for Season of the Drifter. Unlike other activities, which may require Destiny 2: Forsaken or Annual Pass ownership, Iron Banner is available to all Guardians in Destiny 2 who wish to test their mettle.

Last week, we highlighted some key differences in this season’s Iron Banner experience. For players joining us in progress, we’ve got a convenient summary below.

Changes in Season of the Drifter:

We are also tracking two issues that players may encounter in Iron Banner:

For more information on Iron Banner, players should visit our Iron Banner Guide.

In recent weeks, Xûr has begun offering Annual Pass players his Invitations of the Nine. These invitations are short-term pursuits that reward players with powerful gear and lore experiences.

This week, Gambit Prime features its final map before all maps enter the Gambit Prime playlist rotation. Players who want to get their uninterrupted fill of Emerald Coast have the rest of this week to do so, until the weekly reset next Tuesday.

If, at that time, you and your clanmates decide to relive the glory days of uninterrupted gameplay on your favorite map, we’ve got good news! Next Tuesday (4/2), Gambit Prime unlocks in Gambit Private Matches for Annual Pass players. There, players can choose their favorite Gambit Prime setup, including map, encounter variants, high value target spawn availability, and whether or not Power is enabled during invasions.

If you’re itching to learn the ropes and set up your own Gambit match, classic Gambit Private Matches are available right now for Destiny 2: Forsaken players.

Selecting the winning entry for Movie of the Week is a team effort. Cozmo and Griffin have been arguing for hours over whether this week’s winner is a better meme than Bread. The answer is obvious. Join us in celebrating their creation.

Movie of the Week: Crab Rave, but it’s Destiny 2

Don’t forget, next week is our Bungie Bounty on PC. Cozmo will be leading the team in Gambit Prime on stream!

They’ve been working hard to fully kit out their Guardians in Notorious armor sets, granting full role benefits in play. Expect to see Large Blockers, marked invaders, and some locked banks throughout the session.

If you think you’ve got what it takes, jump into matchmaking and kick our asses. We’ll give you a sweet emblem for the troubles.

Now, I’ll send you off into the weekend with some community creations at the helm. Maybe they’ll inspire you as your journey continues in Destiny. 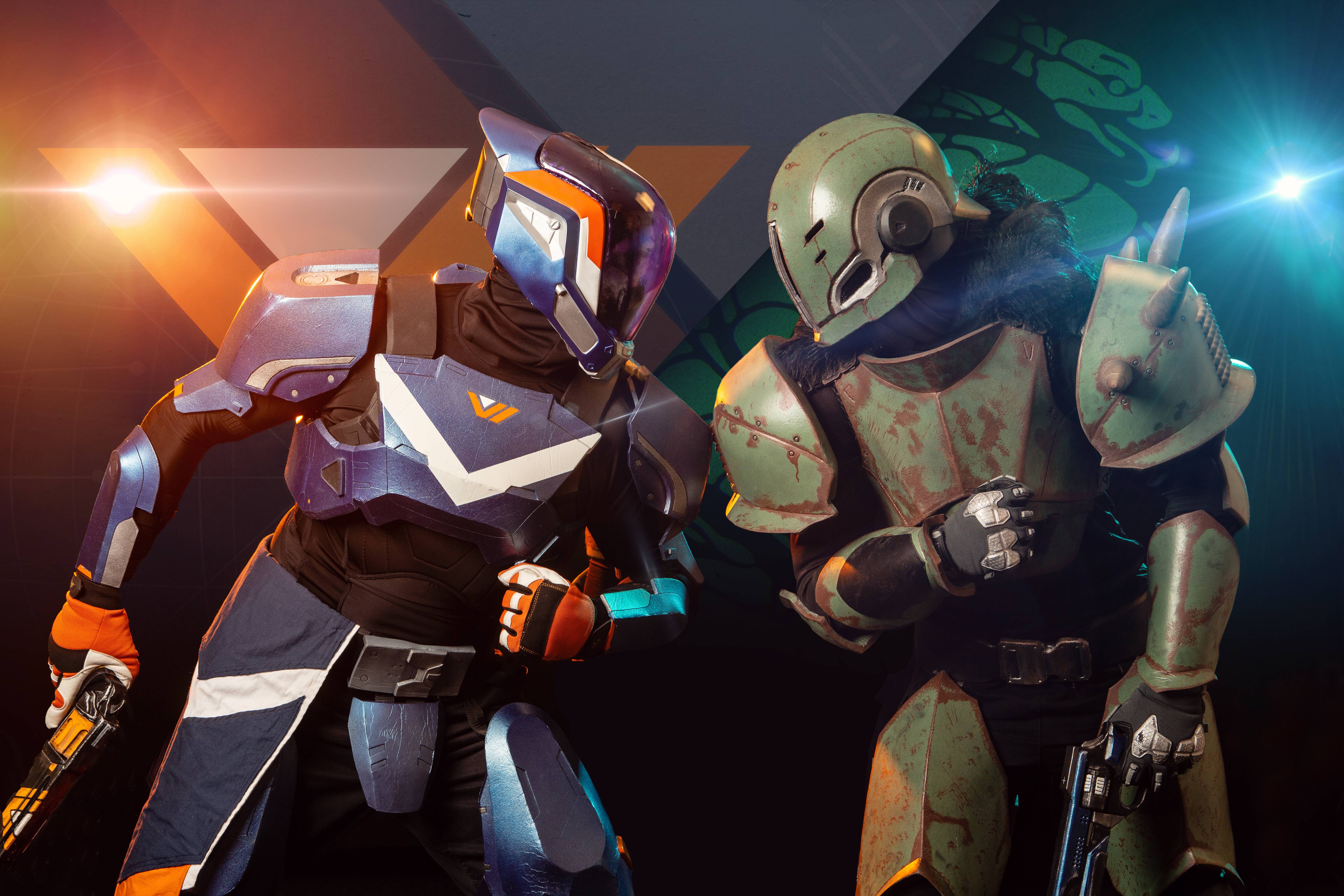 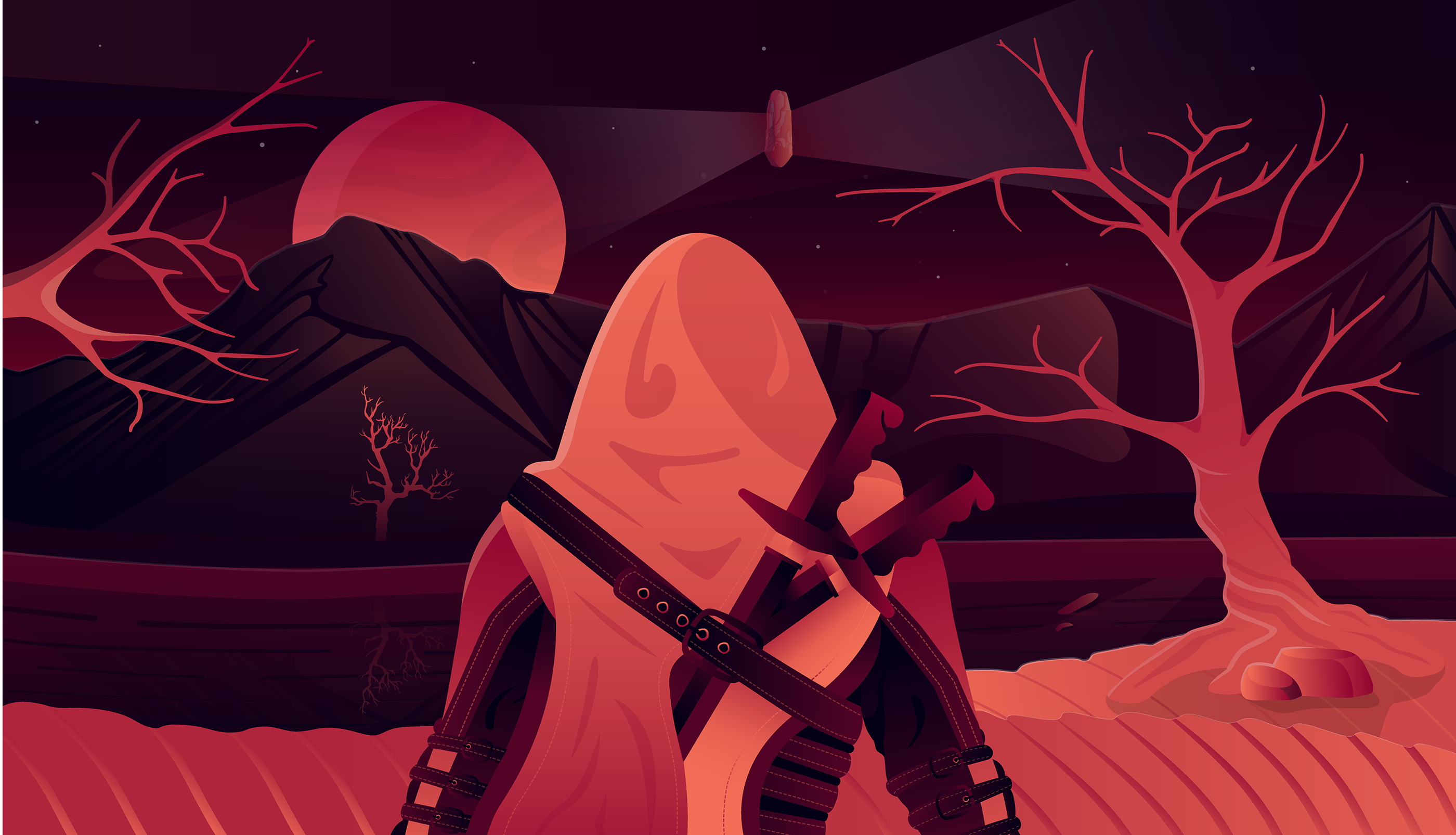 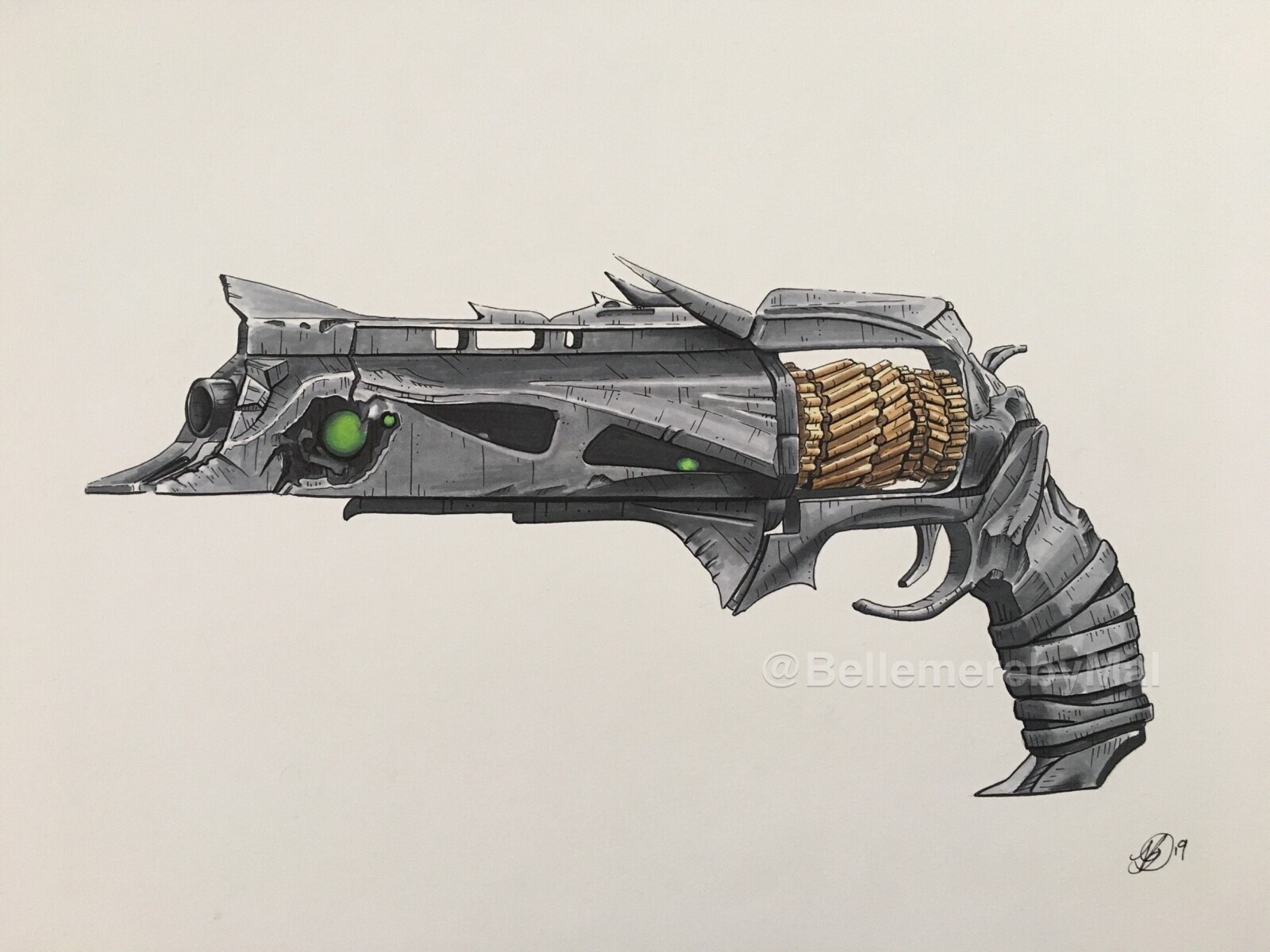 See you out there in the wild. I have a Nightfall to run, and some Reckoning Tier 3 to grind.

This week at Bungie, Lord Saladin is watching you.
https://t.co/3yc2djiULv pic.twitter.com/0i3Uid7nVs

Note: Kyber3000 and Kyber’s Corner are not affiliated with Destiny 2 or Bungie.