by DeeJ on the Bungie blog

This week at Bungie, something funny happened on the way to Arc Week.

On Tuesday, the celebration of Arc energy began. A sandbox update refreshed Arc subclasses that launched with Destiny 2. Vendors in the Tower invited you to take the changes for a spin through various bounties. The Lost Cryptarch quest has returned for Guardians looking for a direct path to the Thunderlord, which will be available through April 23. If you solved the mystery of the Lost Cryptarch during Festival of the Lost, you too can visit Old Russia again—and be sure to check around the frozen wastes outside the Wall. You may find a few scannables hidden among the rubble.

Additionally, we are looking intro Arcstrider Supers and their ability to achieve higher-than-intended damage against bosses when mixing certain perks. Until fixed, you may notice bosses in Gambit or other activities being pummeled into the ground by Hunters and their Arc Staffs. We’ll keep you updated on the status of our investigation.

Spring Is in the Air

The Revelry is almost in bloom. Eva Levante will return to a freshly decorated Tower to celebrate the coming of Spring—and break a few rules in the process. All Guardians in Destiny 2 are invited to visit the Verdant Forest and cause some mayhem during this event.

If you’re in a mood to throw more grenades, punch more enemies, or wield your class abilities more than usual, Eva will offer the Reveler’s Tonic to reduce the cooldown for each. There will be some awesome new rewards to earn, including the Exotic Linear Fusion Rifle, Arbalest. This thing is as mean as it looks. 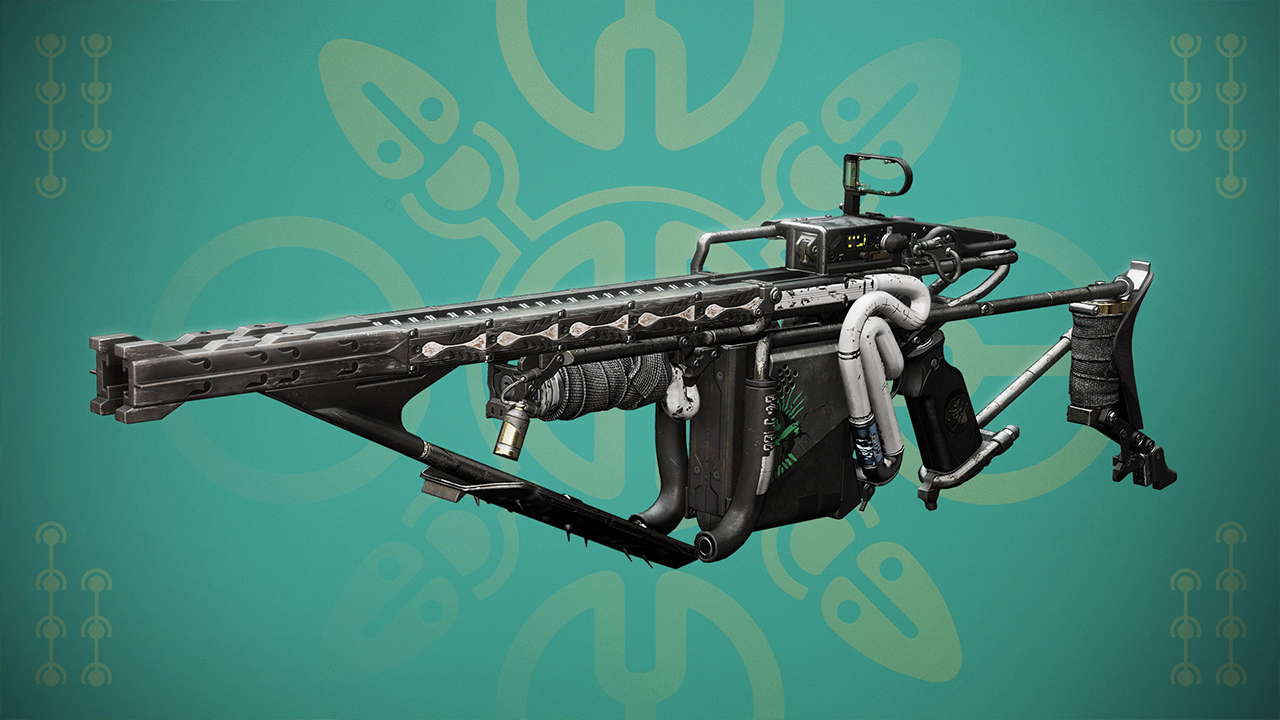 If you want to get up to speed before the Revelry goes live, make sure to read the full description of the event right here on the Bungie Blog.

The Revelry begins April 16 and lasts through the weekly reset on May 7, 2019. 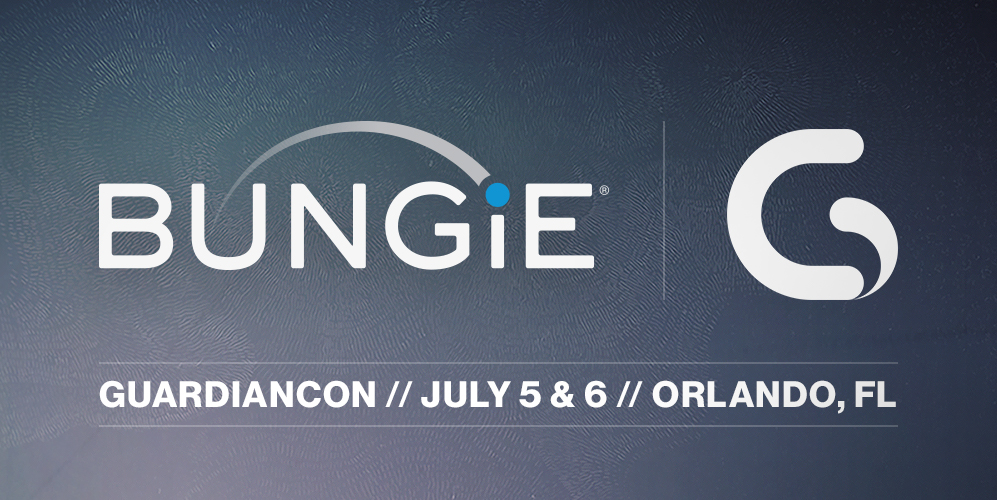 Once a year, Guardians invade Florida to attend a legendary event.

You may have heard of it: GuardianCon! Raising millions for charity and serving as a hotbed for community interactions, this is an event you’ll want to attend. We’re sending an away team from Seattle to Orlando, and we’re cooking up some fun ideas for what you can get your hands on if you join us.

Last year, it was an absolute blast to meet so many Guardians from the Destiny community and host the Gambit Invitational. Whether it’s witnessing clan members meeting for the first time, watching the 1v1 Crucible tournament, or just making new friends in the Gambit line, these memories will live for ages to come.

We’re excited for July to come around again, and we hope to see you there. This is our strong recommendation to get your tickets now. We’ll unpack exactly what we have planned for our booth in the weeks to come. Bungie developers will be on site to shake your hand and thank you for being a Guardian. Destiny will be playable. There will be loot.

We’re working on some other fun surprises for the show, and we’ll tell you more about those soon…

This year marks our sixth anniversary of the Gauntlet Tabletop Fundraiser. On Sunday, May 19, Team Bungie will compete in a tournament against 20 other local gaming studios and tabletop aficionados in order to raise funds for El Centro de la Raza (The Center for People of All Races), a Seattle-based organization that works to build unity across racial and economic sectors and empower the most vulnerable and marginalized populations. Your donations will help them provide after-school programming for low-income middle school students through academic support and social activities. Your donations will also embolden our team with Power Ups that will help us win the tournament! Head to our team’s Donation Page to commit your support on or before May 19!

As always, we have some sweet backer rewards to thank you for your efforts:

*Note: Exact distribution date to be announced to all donors via email after the fundraiser ends

Today, we’re happy to announce that Cayde’s Six—Part 1 is available at the comics.bungie.net portal for all. Here’s a summary of the story captured in its pages:

“Cayde’s Six—Part 1” sets the stage for a showdown between the notorious Hunter Vanguard and the vile Scorned Barons who eventually orchestrated his demise. This is no eulogy. It is adventure. It is action. It is a reminder that, while a hero may be gone, he will always be remembered through the many stories that carve his legend.

Additionally, the Destiny Comic Collection Volume One is available for pre-order on the Bungie Store. Including all previous Destiny comics, this will also feature Cayde’s Six—Part 2, an exclusive Cayde-6 collectible art print, and a bookmark printed with a “Heroes of the Light” emblem code.

If you’ve been on the #Help forum since Update 2.2.1, you may have encountered a member of Destiny Player Support. They’ve been hammering away at known issues and spreading awareness on the status of our investigations. Today, they have more information on general issues that we’re tracking for future hotfixes and a rundown on some trending issues that have been recently fixed with Update 2.2.1.

Season of the Drifter Known Issues

Destiny Player Support is tracking the latest issues reported by players on the #Help forum. Provided below is a brief overview of the latest known issues in Destiny 2: Season of the Drifter.

For the latest known issues as soon as they’re available, players should visit the following known issues threads: Destiny 2: Season of the Drifter and PC known issues.

On Tuesday, April 9, we rolled out Destiny 2 Update 2.2.1 to players. The update introduced new fixes to help resolve issues players reported encountering in the game. Below are a few highlights:

Additionally, the weekly lockout reset for Invitations of the Nine has been moved to Thursday reset (1700 UTC); players will now have two extra days to complete them before being locked out of a new Invitation the following Friday.

For the full list of changes and fixes, please see the Update 2.2.1 Patch Notes.

If you experience issues while playing, let us know about it in the #Help Forum.

Are you a Titan?  Do you find yourself giddy with joy when shoulder-charging enemies into oblivion? Is the answer to every problem in your life… your fist? If you answered yes to all of these questions, you may enjoy this week’s winning entry for Movie of the Week.

Movie of the Week: Thunderdome

Honorable Mention: Why don’t you level up?

Honorable Mention: It’s all in your mind

Happy Arc Week. I have a laundry list of things to do to celebrate, starting with an Arc Singe Nightfall. As a Gunslinger main, it’ll be interesting to dabble with the Arcstrider paths for a while. I can’t help but try them out after seeing this awesome community creation. 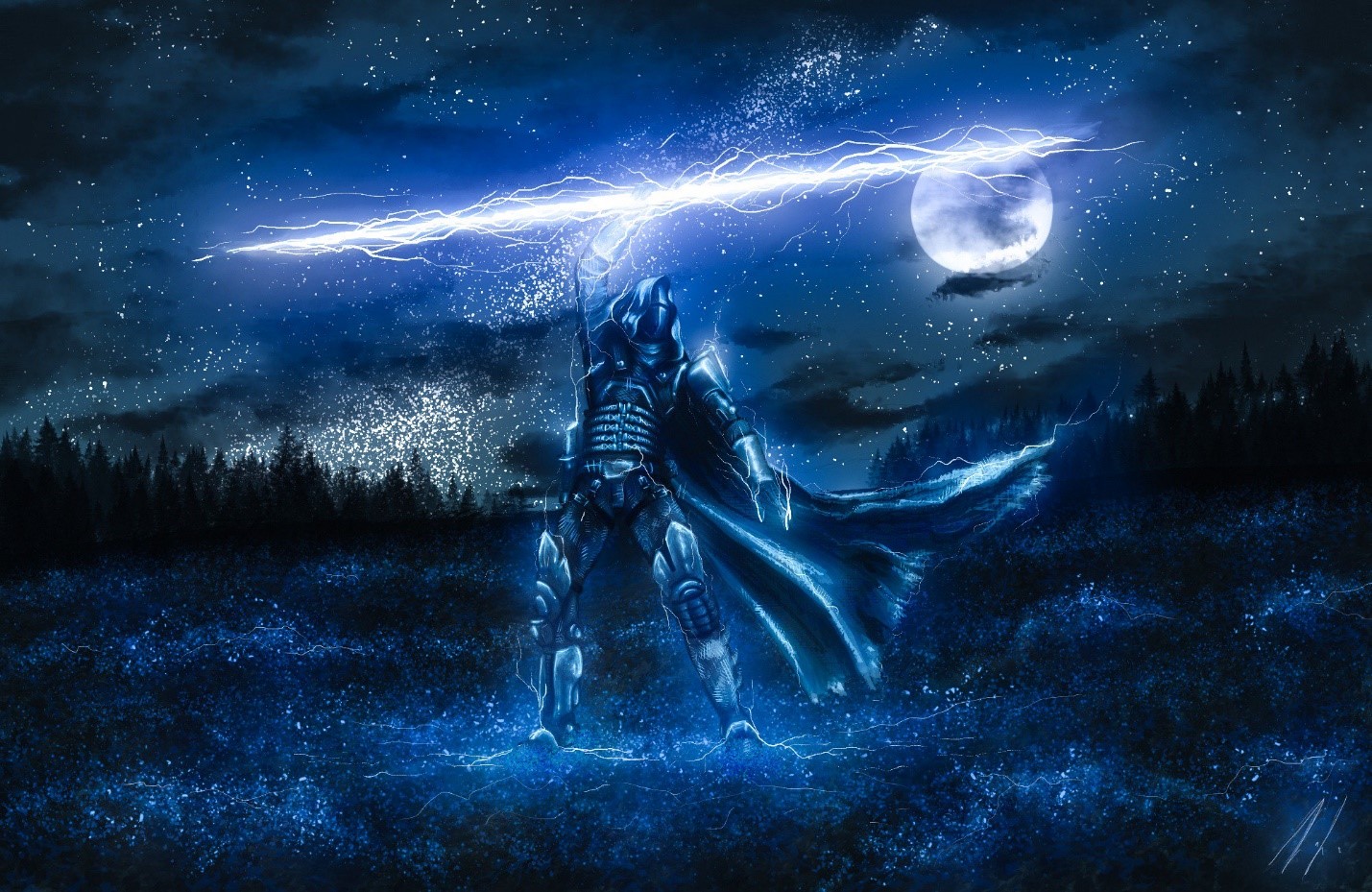 See you next week for Revelry! I don’t know about you, but I can’t help but imagine what this tonic tastes like. Fruity? Bitter? Soapy? Maybe… like bread?!

Wow, time really flys by! I first started making Weekly Reset content about 4 yrs ago (originally started as newsletters). I’ve never had any experience doing this and still have much to learn but regardless you all have continued to support. Thank you for that! ❤️ pic.twitter.com/Nrd2xPo9R7