This week at Bungie, the Revelry has begun.

Everyone’s favorite space grandma has returned to the Tower, and the Revelry is in full swing. Pick up your Reveler’s Tonic, then set out to the Verdant Forest and beyond. Arbalest, our first Kinetic Linear Fusion Rifle, is now available to be earned by all players of Destiny 2. You can get the full details on the event in our Revelry event page.

There is one more Revelry reward we haven’t mentioned yet. Bungie Rewards is offering an emblem for eliminating 150 enemies with Super abilities during the Revelry. After you’re done dealing out space magic, claim the Super Celebratory Triumph, and then go to the Bungie Rewards Page to claim your reward!

The Drifter has a lot more to say than “Ding!”

Earlier today, we opened a window into the world of narrative design with a conversation about the stories our writers have been telling this season. If you haven’t watched it yet, here it is again…

Would you like to know more? Some of these same faces represented the team that spins yarn across the solar system in a conversation with Polygon. You can read the full article here.

It’s time once again for one of Destiny’s oldest traditions, the Iron Banner. Lord Saladin returns to his perch at the top of the Tower next week to hold this battle between Guardians for control of territory.

Iron Burden was an experiment for Season 6. After reviewing community feedback, we are not planning to bring it back in Season 7. You will have this Iron Banner and one more to earn your Wizened Rebuke. And if you really want to showboat, you can use these next two Iron Banners to get 2,500 burdened kills for the “Now You’re Just Showing Off” Triumph. Completing this Triumph will reward the “Heavy as Death” emblem.

Lord Saladin will also have the following weapons available for purchase in his inventory. 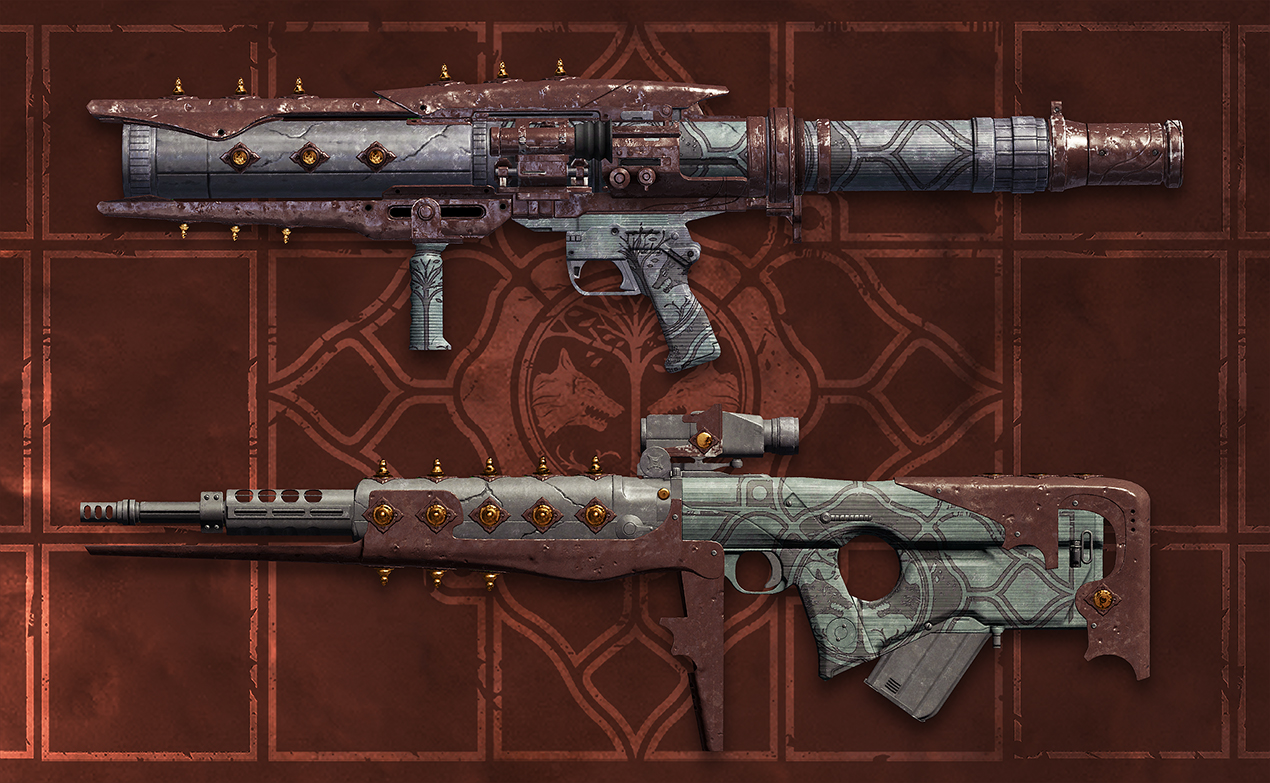 A few weeks ago, we let you know that we had some plans to adjust Spectral Blades in an upcoming update. The Sandbox Team has the details on what changes are in store.

Sandbox Team: As you’re all aware, Spectral Blades has been running amok in the Crucible. Below, you’ll find a brief on our plans to reign it in a bit. The two main issues are the length of the Super, especially combined with Gwisin Vest, and the survivability of the player while it is active. To address this, we have made the following changes to hit those specific issues:

Previously, this Super had the highest damage reduction of all the roaming Supers, either in stealth or not. This change reduces Spectral Blades to have the lowest DR of all the roaming Supers while stealth is not active and to be in line with the low end while stealth is active. With stealth, vision through walls, and fast, shifty movement, this Super ability actually has a lot of built-in survivability. This means a lower DR will demand better planning and positioning to survive for multiple kills, which lines up well with the fantasy of the path.

This is also a first step toward trying out a roaming Super with lower damage reduction, so let us know what you think.

Basically, we reduced the duration by 3 seconds overall. We want you to feel like you have time to plan in stealth with the understanding that you need to be deliberate and swift with your strikes. Additionally, we increased the cost of the light melee attack. It may seem like a lot on paper, but previously it was almost nothing. Now you need to think just a little bit before spamming away. We didn’t want to make it cost too much, as it’s the only way to chase people down, but it did need to have at least a small visible cost to make it more of a choice.

We are looking at Gwisin Vest now and playing with some changes. We also want to see how these initial changes go. If we decide to change Gwisin, you will see it in Season 7.

In its eighth year, Seattle Ronald McDonald House is hosting its annual Men in Kilts Kilts for Kids fundraiser! This event is a Bungie favorite, and we are thrilled about the more inclusive rebrand. Help us achieve our $77k goal, and cast your vote for Team Bungie by donating $10 or more. Every $30 donated will pay for a family to stay at the House for one night. Head to the RMHC Donation Page to cast your votes by Friday, May 3 at 5 PM PDT!

Need a sweeter incentive? Check out these backer rewards for donating to Kilts for Kids!

*An email will be sent to donors at each prize tier at the end of the event, no later than Wednesday, May 10, with instructions on redeeming each prize

As a reminder, the Gauntlet Tabletop tournament is in full swing! A huge thank you to everyone who has already participated. There’s still plenty of time to support—head to our Gauntlet Team Page.

The Player Support team is always at your service. They keep a watchful eye over the Help forum and are ready at a moment’s notice to provide information on emerging issues.

We have identified the players who received the wrong emote, and they will receive the correct one in a future update. Players will also receive an in-game message confirming they received the correct emote.

Eva Levante has invited all players to celebrate life and break a few rules in Destiny 2’s live spring event, the Revelry. Players must complete the introductory milestone offered by Eva Levante before they will be granted access to the Verdant Forest.

Players looking for information about participation requirements, gameplay, Triumphs, and more can view our Destiny 2: The Revelry Guide.

Players have until the weekly reset on May 7 to claim and complete all Revelry Triumphs.

Earlier today, we announced that we were disabling precision kill Orb generation in raids, Gambit and Gambit Prime due to the Orbs causing frequent GUITAR errors, leading to players being removed from those activities. We also disabled this functionality in competitive Crucible.

Revelry Triumphs and bounties that require Orb generation can still be completed in other activities listed on them. For more information, click here.

While players down their Reveler’s Tonic to jump into the Verdant Forest, they may experience a few issues that we’re investigating:

Players can review our Revelry Known Issues section for more known issues and vital information about the Revelry and are encouraged to report other issues to the #Help forum.

For more known issues that DPS is tracking, players are encouraged to review our Destiny 2 Known Issues support page. As always, players should report any issues they are experiencing to the #Help forum.

It’s time to award some emblems to the creators of our favorite videos of the week. If you want your shot at winning, the best place to post your video is on our Creations page. If you do win, make sure you tag everyone who worked on the video in the description. Here are this week’s winners!

Movie of the Week: Saturn Moon

Honorable Mention: So Many Shields

I’ve seen a steady stream of Arbalests in my feed as Guardians report on their acquired goods. Let us know what you think of the new Exotic. I plan on diving into the Revelry this weekend to get mine. See you out there.