Read below to find out more information on what is coming and changing with Season of Opulence. Read the World’s First Raid – Crown of Sorrow post here (posts via the Bungie blog)

by DeeJ via Bungie.net

This week at Bungie, we’re setting the stage for Season of Opulence.

The next season begins in less than two weeks. On June 4, we’ll deliver the full and final patch notes.  Before that happens, though, we’d like to share with you some more of the key changes you’ll be seeing in Season of Opulence.

From One Season to the Next

As Season of the Drifter comes to a close, a new source for powerful rewards will emerge. The Drifter will return to his role as your Gambit hype man, and Benedict 99-40 is about to become your source for brand new secrets and rewards.  Let’s take a look at how this new perspective will be making some sweeping changes to your weekly routine…

With Season of Opulence, we’re making some changes to the Eververse store.

We had two main goals for the changes we’re making to Eververse in Season of Opulence: 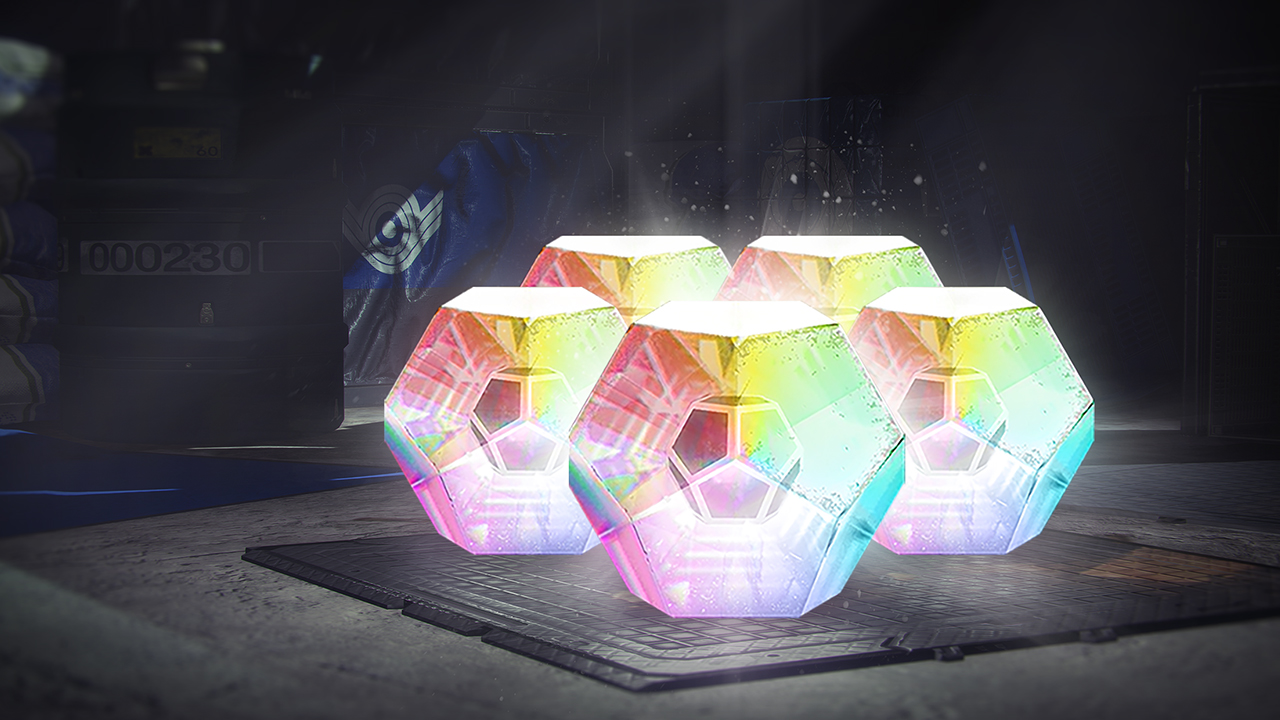 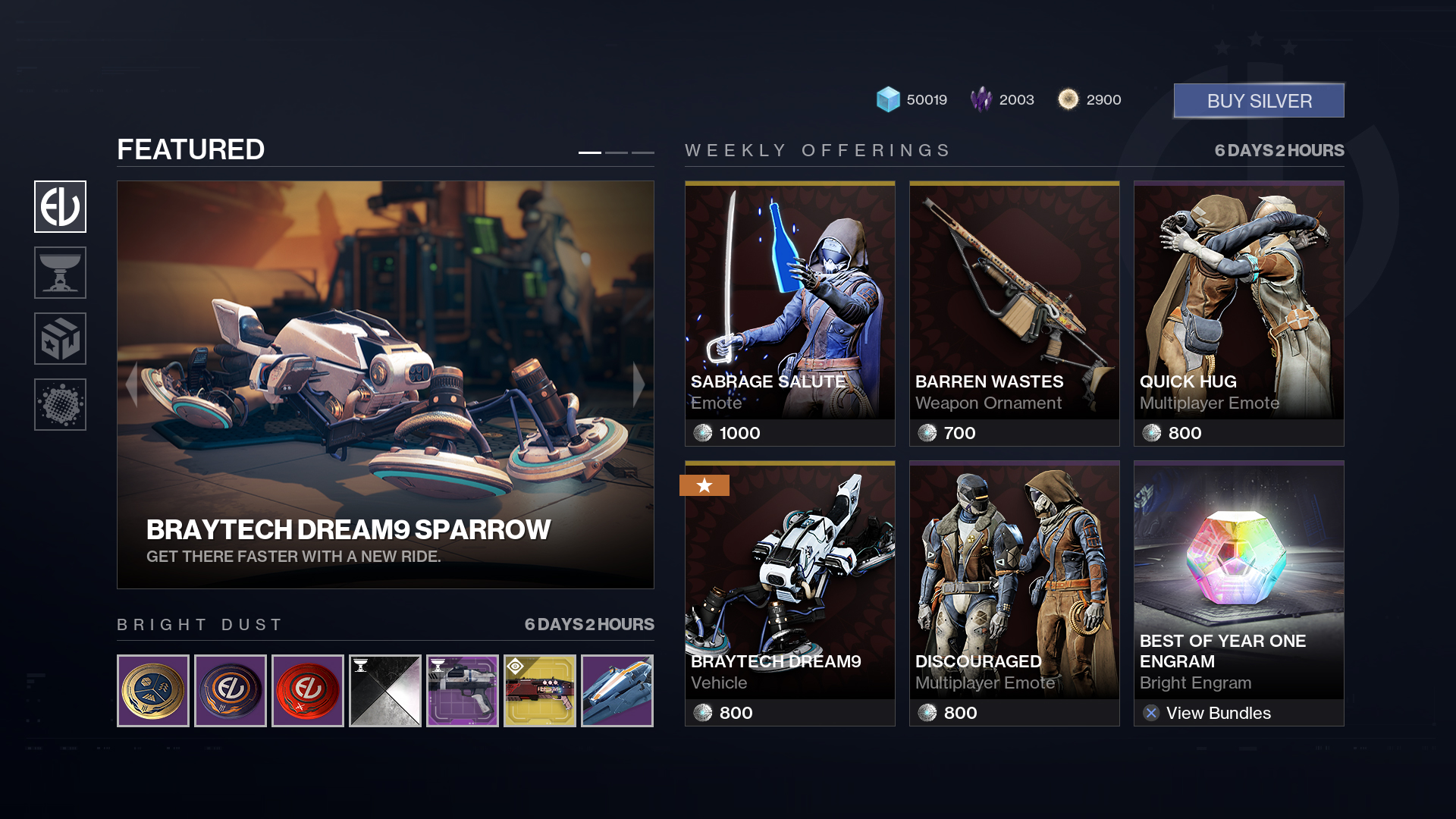 All of these changes go live on day one of Season of Opulence. As always, we’ll be monitoring how this all works, and are eager to hear what you do and don’t like about the new storefront.

Batman had Alfred. Iron Man had Jarvis. You have our Player Support Team.

As soon as Season of Opulence kicks off on June 4, the World first race for the Crown of Sorrow raid will begin. To help illustrate a more definitive starting line, we’ve provided vital information below that Day One contenders should be aware of.

Look forward to reading more information as we get closer to the Season of Opulence launch.

After Season of the Drifter concludes on June 4, the following weapons will be unavailable to unlock at their respective vendors for a limited time. An issue was discovered late in development, and we are working on a fix for a future patch.

Players who have already unlocked these Year 2 variants will continue to receive them as random drops from rank up packages. Players who do not unlock these weapons by the June 4 deadline will be able to acquire the weapons once they are addressed in a future update.

It’s worth noting that pursuit rewards such as The Recluse, Oxygen SR3, and 21% Delirium will continue to be available.

Movie of the Week

We’re always watching. Here is the stuff we saw that made us smile. To the filmmakers go a precious emblem as evidence of their skills.

Movie of the Week: Toland’s Warning

Honorable Mention: The Beauty of Destiny 2

These are some of the game changers you’ll discover when Season of Opulence begins, but we have even more to show next week.  We’re already working on a preview of new Pinnacle Weapons. We’ve also seen a preview of the new Raid jacket that is totally awesome. With the finer points for the systemic changes on the table, we can next turn our attention to revealing the places you’ll go and the reasons you’ll fight.

Right now, our focus is on Opulence. But after the Season has launched and Raid belts have been awarded, we’ll be looking deeper into the future, and sharing with you more about a new era for Bungie and Destiny 2.

Buckle up and stay tuned.

This week at Bungie, we’re setting the stage for Season of Opulence.https://t.co/3ykV8FcGib pic.twitter.com/7VI3RXWer6

We have an update on the Crown of Sorrow World First race. https://t.co/axINxj4o4C pic.twitter.com/0GJMAzlVsB

Note: Currently, the plan on posting Destiny 2 content (infographics and posts) is still the same. I expect to return to posting usual content by the middle of June, hopefully the week after Season of Opulence launches but I do not expect it to be any later than June 18th. Thanks again for being understanding and supportive during this time! 🙂

#TheDivision2 Warloads of New York release schedule, more info >> ubi.li/iQqpp — Available to buy on Epic Games, Ubisoft Store, Xbox, PS4, and with a uPlay membership. ———————————————————————————— If you’d like to preorder this dlc and support me at the same time, visit kyber3000.com/division2 and use creator tag Kyber3000 at checkout (I will receive around 5% of the sale price which then gets used on Discord giveaways and charity). Thank you if you choose to use my code!!
Repost from @borderlands • It’s a great day to be a Vault Hunter! Here’s a SHiFT code for five Golden Keys in #Borderlands3! Code expires March 19 at midnight PT. C3KJB-3H9HZ-63KZW-9BKJB-WZRCR Redeem in game or via http://shift.gearboxsoftware.com Collect Golden Keys via in-game mail. ... #borderlands #goldenkey #shiftcode
Xûr’s Inventory (Feb 28 - Mar 03)‬ Pinch to zoom in, view IG story, or links below for a larger view. Hope you all have a good weekend! :)‬ ‪ ———————————————————————————— ‪∞ kyber3000.com/Links ‬ ‪|| 💬 kyber3000.com/Discord‬ ‪ ———————————————————————————— ‬#destiny2 #destinythegame #destinycommunity #seasonofdawn #shadowkeep #seasonofdawn #xur #gaming
>> Swipe for both tweets by Luke Smith: — We will be disabling the Artifact for Power-enabled PVP (Iron Banner & Trials) until we can implement a Power Cap feature. This cap will allow us to weave Artifact and Power Pursuit together while preventing unbound Power growth in PVP. Somewhere down the road (but before we implement the Cap!), we're going to talk about what effect Power has on combat in PVP (think deep dive/numbers/etc). All of that is way more info than Twitter can take. See you soon. — #destiny2 #destinythegame #trials #trialsofosiris #ironbanner #powerlevel #gaming