Update: The Xûr’s Inventory post and infographic will resume Tomorrow, June 14th (will be posted at the usual places: Kyber’s Corner, Twitter, and Instagram) and the Weekly Reset infographic and post will resume no later than June 25.

Thank you all for being so understanding and supportive!

Check out the article below from the Bungie blog for the Destiny 2 latest news and updates! Or view the original article: https://www.bungie.net/en/Explore/Detail/News/47928

This week at Bungie, we watched Guardians hunt for Truth.

Season of Opulence is off and running. Guardians are piling into the Emperor’s lost vaults in search of the treasure of their choosing. Earlier this week, you discovered a new boss waiting for you in the depths of the Menagerie. Upon defeating it, you were given a quest to seek out Truth. Not in an X-files way, but to find the Rocket Launcher, Truth—a weapon that seeks out its targets… aggressively. Just look at what some players are seeing in the wild:

Me: Locked on? I see nothing.

Me: There's NOTHING there.

Next week, we’ll mix things up once again with a third additional boss to keep things fresh in our new six-player activity. And that’s not all we have planned. We are also welcoming an old friend back to the Tower.

Here is a preview of the armor and weapons available during Iron Banner events in Season of Opulence. 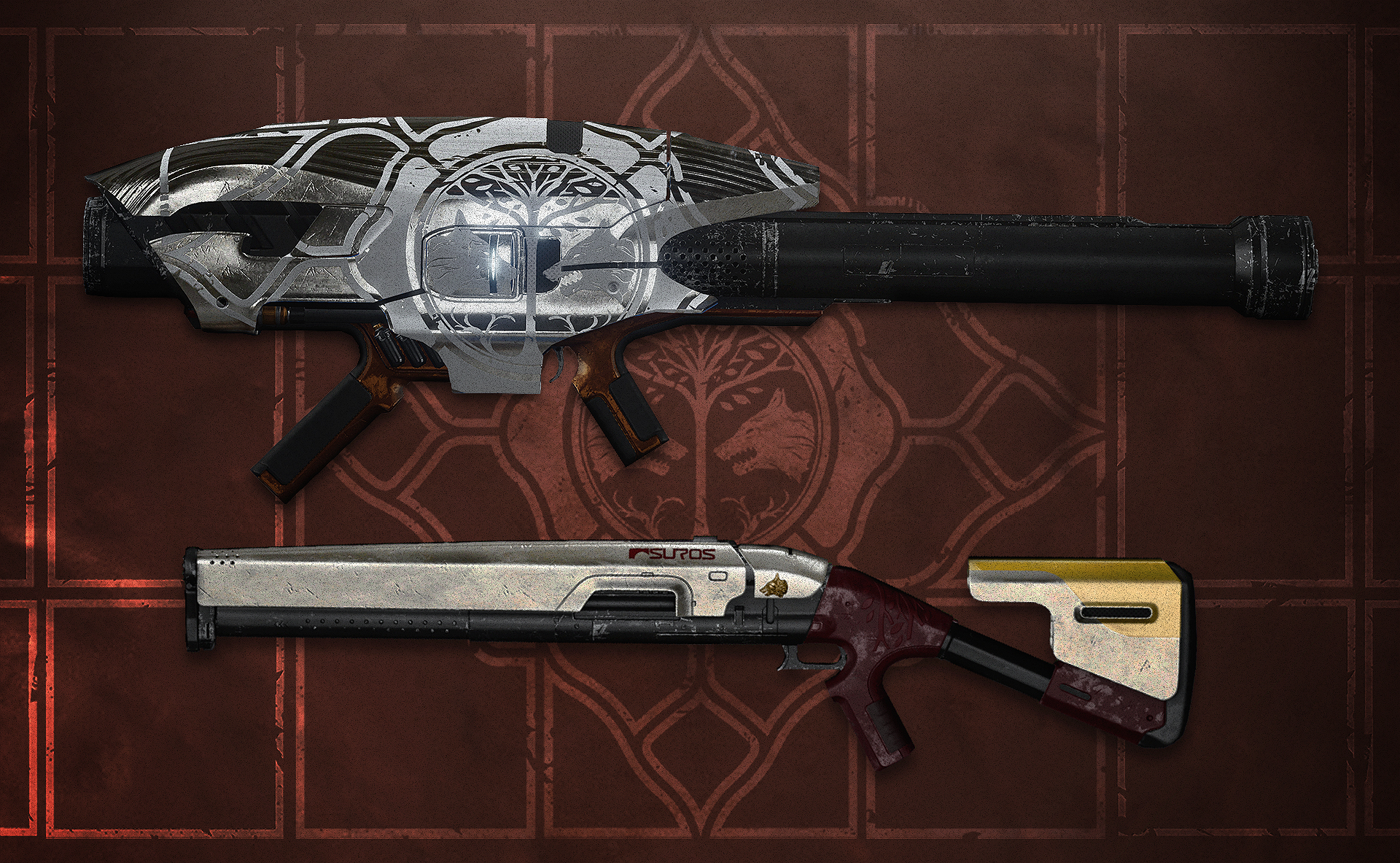 Valor boosts will also be available next week in Iron Banner and the rest of the Crucible. Saladin will also have some other items available including this new Emblem.

Thousands of Guardians explored deep within the Leviathan to tackle the challenges of the Crown of Sorrow raid. A fireteam of six completed it first and paved the way for others to follow in their footsteps. We made a graphic showing the number of Guardians who beat the raid in a few key timeframes during the first week.

If you were one of the 45,475 Guardians who bested Gahlran within the first week and are thinking about purchasing the Bungie Rewards raid jacket, you have until 11:59 PM PDT on June 18 to claim your Bungie Reward code and place your order. Dmg04 and I both completed it the night before the deadline and ordered ours.

Congratulations to everyone who has completed it so far. If you’re still Powering up, Gahlran is waiting for you.

The DPS team is always working diligently behind the scenes. They are making sure you have the info you need to have the best Destiny 2 experience.

Today, we deployed Destiny 2 Hotfix 2.5.0.3 to players. This hotfix addressed the following issues:

For upcoming patch notes as soon as they are available, players should monitor our Updates page.

Following the series of announcements we made last week, we’d like to follow up with the first batch of frequently asked questions submitted by players.

Q: Will Destiny 2: New Light be its own separate game/file?

A: No. All Destiny 2 players will be automatically converted to New Light and will maintain all of their prior purchases and entitlements.

Q: What Forsaken and Forsaken Annual Pass content will be included in New Light?

Q: What Forsaken and Forsaken Annual Pass content will NOT be included in New Light?

Q: Do players need to repurchase Destiny 2 on each cross save platform separately?

A: No. New Light will be available for free on Steam, Xbox, and PlayStation.

A: Each platform will have its own matchmaking pool.

Q: Which Destiny 2 purchases and entitlements transfer over from Battle.net to Steam?

A: The PC migration from Battle.net to Steam will include a one-time transfer of ALL ownership rights that a player already owns (expansions, Silver, account, Seasons, etc.).

A: Yes. Players may purchase Destiny 2: Shadowkeep from Steam’s product page now, and migrate their account at a later date.

Q: Can players pre-order Google Stadia Founder’s Edition right now, and setup cross save for their account at a later date?

A: Yes. Players may purchase Stadia Founder’s Edition from Google’s product page now, and enable cross save on their account at a later date.

Q: Will Stadia feature cross play with Steam or other platforms?

A: Stadia is its own ecosystem, just like current existing platforms. Stadia players will only be able to play with other Stadia players.

For the consolidated list of frequently asked questions as they are added throughout the summer, players should see our Destiny 2: Fall 2019 FAQ help article.

Listed below are the latest player impacting issues discovered in Season of Opulence:

We are back with a hot new edition of Movie of the Week. For anyone unfamiliar, this is where we highlight our favorite videos that were created by the community. The winners get an emblem, and you get to watch some cool Destiny action. Here is what we got this week.

Movie of the Week: TR3-VR Recreated

It’s been a blast sharing news with the community all while getting to see you experience the content we have been working on for Season of Opulence. We’re not done yet! There is more coming this season and more coming this fall. Thanks for inhabiting this universe we love to build.

This week at Bungie, we watched Guardians hunt for Truth.https://t.co/sOZrXH54tR pic.twitter.com/2LEHNWLhIT

Kyber3000 and Kyber’s Corner are not affiliated with Bungie/Destiny 2.