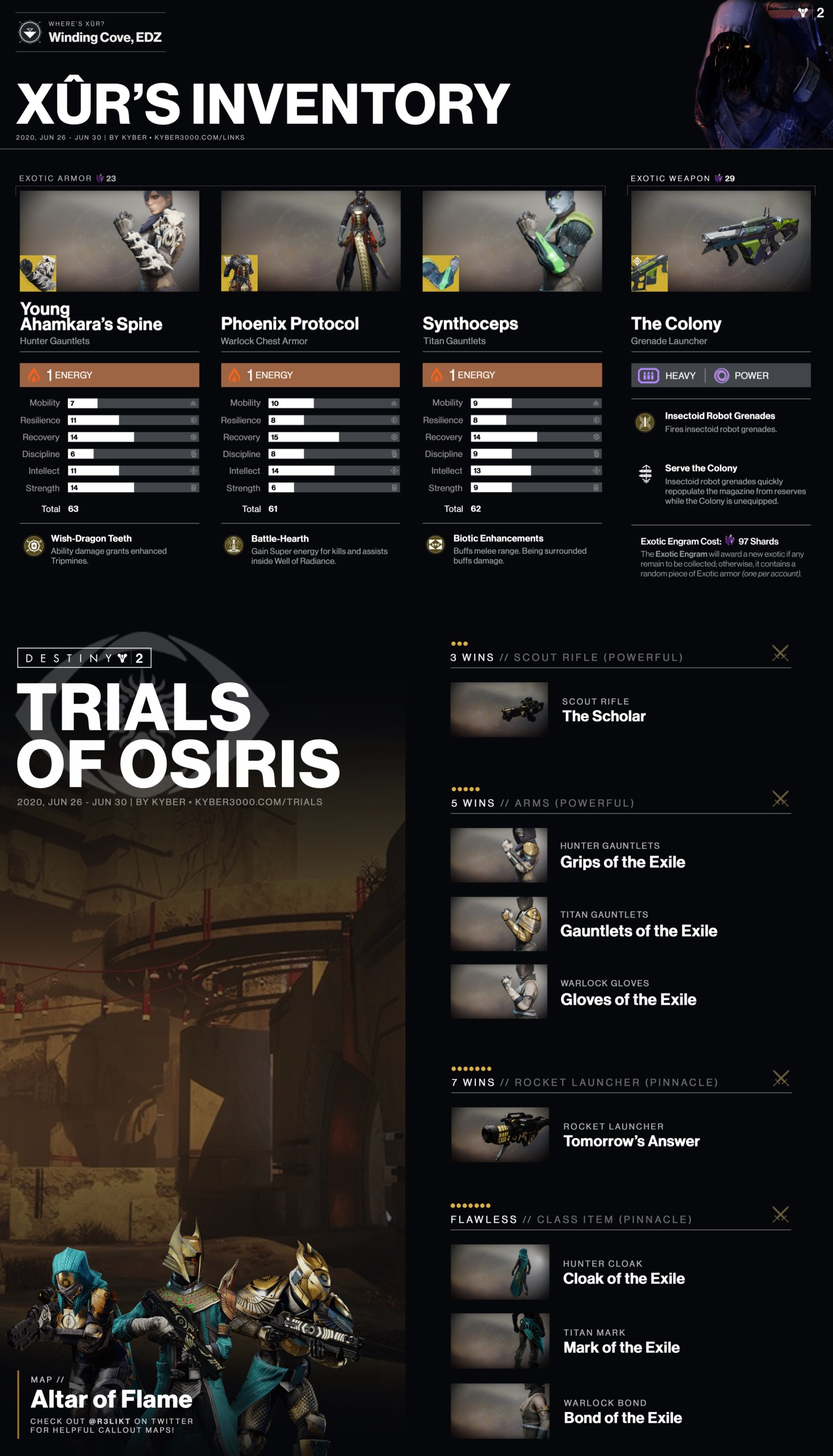 💠 This weekend you can find Xûr hanging out at the Winding Cove on EDZ and Trials is live on Altar of Flame. View Xûr’s complete inventory and Trials info below. 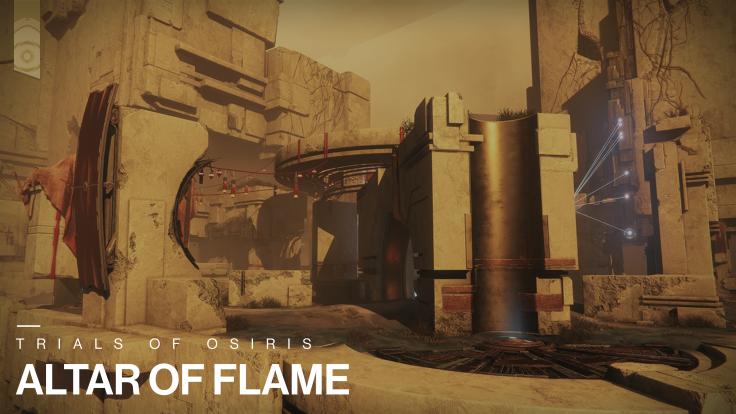 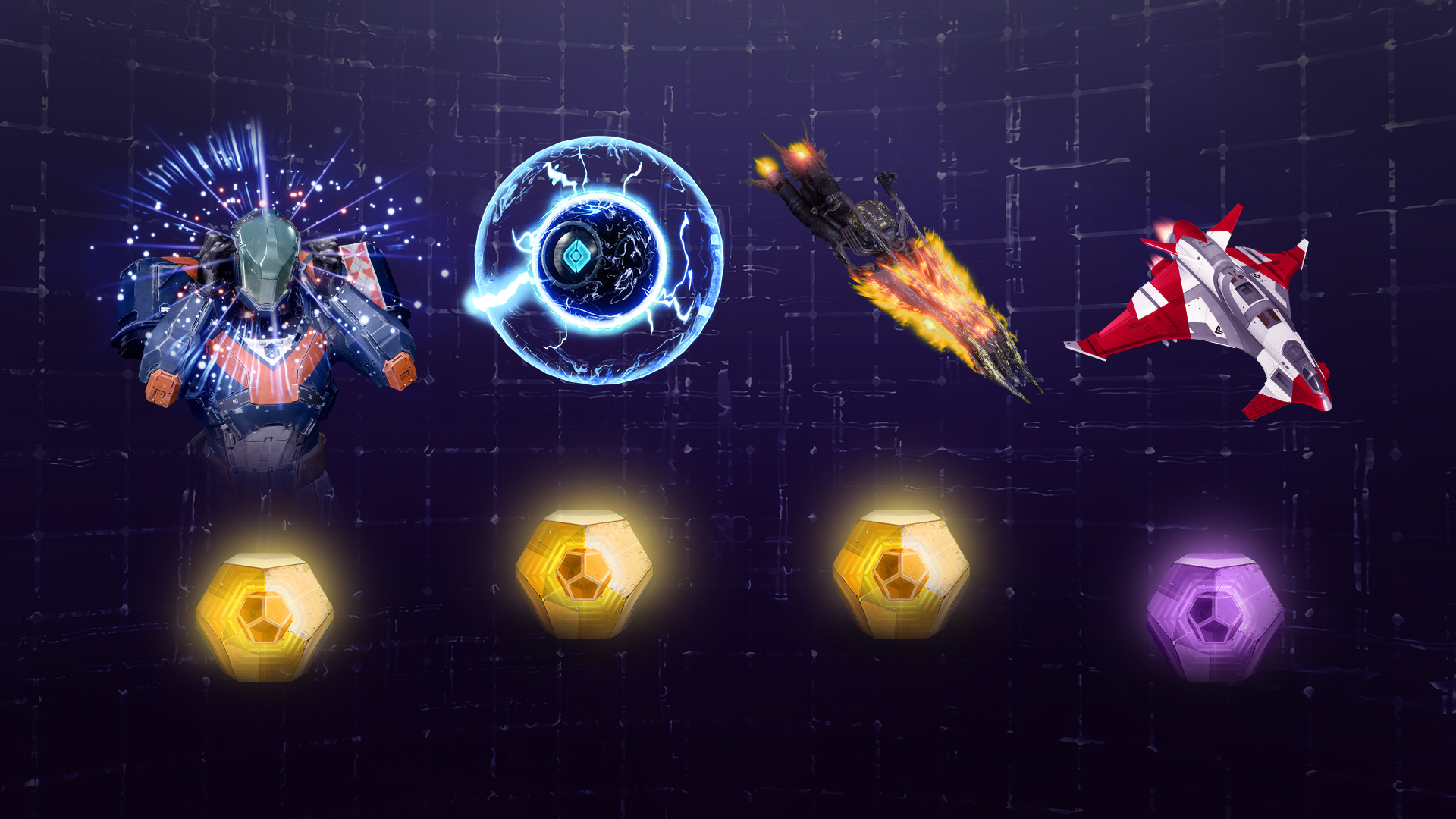 Here is a report from the Player Support Team at Bungie on what issues they are seeing and what fixes we have recently rolled out. Click here to read the original article.

On Tuesday, June 23, we released Hotfix 2.9.0.2. to players. This hotfix included fixes to the following issues:

While we continue investigating various known issues, here is a list of the latest issues that were reported to us in our #Help Forum:

For a full list of emergent issues in Destiny 2, players can review Bungie’s Known Issues article. Players who observe other issues should report them on the #Help forum.

There is a time for harmony among players and a time for honorable battle as well. The venerable Lord Saladin will see to it himself. Next week, he’ll return to the Tower for the first Iron Banner of Season of Arrivals. Bonus Valor will also enabled throughout the week.

The event will work similar to last Season with a few new rewards. Bungie added two reprised weapons and curating the weapon reward pool down to eight weapons.

All weapons listed below are considered “reissued” and will have Season of Arrival Max Infusion Caps.

The Forward Path and The Fool’s Remedy will also be updated to have two additional perks specific to these Iron Banner weapons. Here is a look at what they do:

The armor set this Season will be a reprise of the Iron Fellowship set. Here is a look at it with the new shader as well as the new emblem for this Season:

Bungie also wanted to remind players that skill-based matchmaking has been disabled in Iron Banner this Season. Speak with Saladin after the reset and then get out there and prove your worth to the Iron Lords of the past. 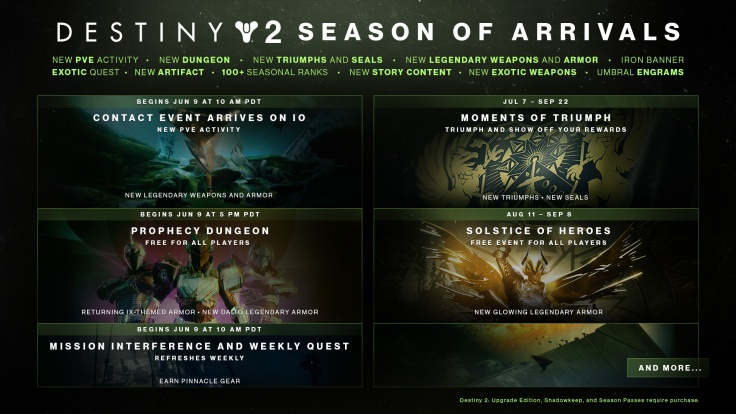 On Sept. 22 Destiny 2 Content Vaulting begins. Some Destinations will be vaulted and new ones will be added.

View graphics (updated each week), posts, and get other links at: kyber3000.com/Links. Also, feel free to jump on in and join us on Discord to stay up-to-date with gaming infographics/posts, news and updates, and more!

I hope you all are well and have a great weekend! Take Care!