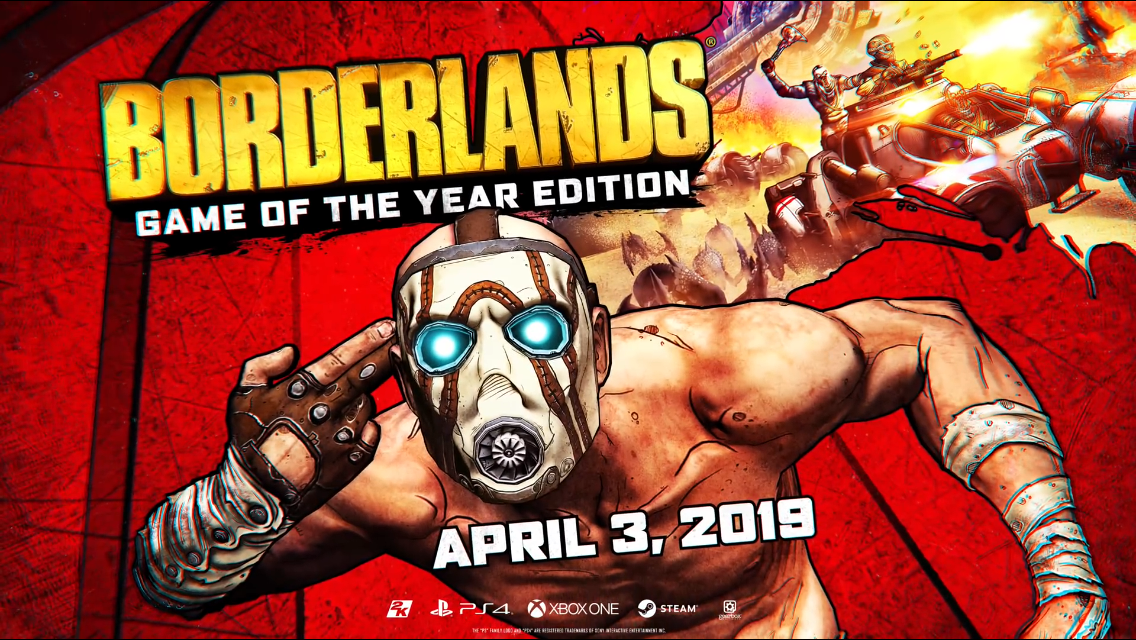 Borderlands: Game of the Year Edition will be available for digital download April 3 on PlayStation and Xbox Stores at 7am PT / 15:00 BST. Steam users can download the update at 10am PT / 18:00 BST tomorrow. Physical copies & physical pre-orders are limited to the US & Canada.

BORDERLANDS: GAME OF THE YEAR EDITION

View info and all of the Borderlands games available at 2k.com.

Discover the co-op shooter-looter that started it all, crammed with content and enhancements! Equip bazillions of guns as one of 4 trigger-happy mercenaries, each with unique RPG skills. Take on the lawless desolate planet Pandora in pursuit of powerful alien technology: The Vault. With new weapons, visual upgrades, all 4 add-on packs and more, play solo or in 4-player split screen co-op!

*This website and Kyber3000 are not affiliated with 2k, Gearbox, or Borderlands.