Guardian Games is live now and free for all Guardians.

The final Ceremony Event is Live! 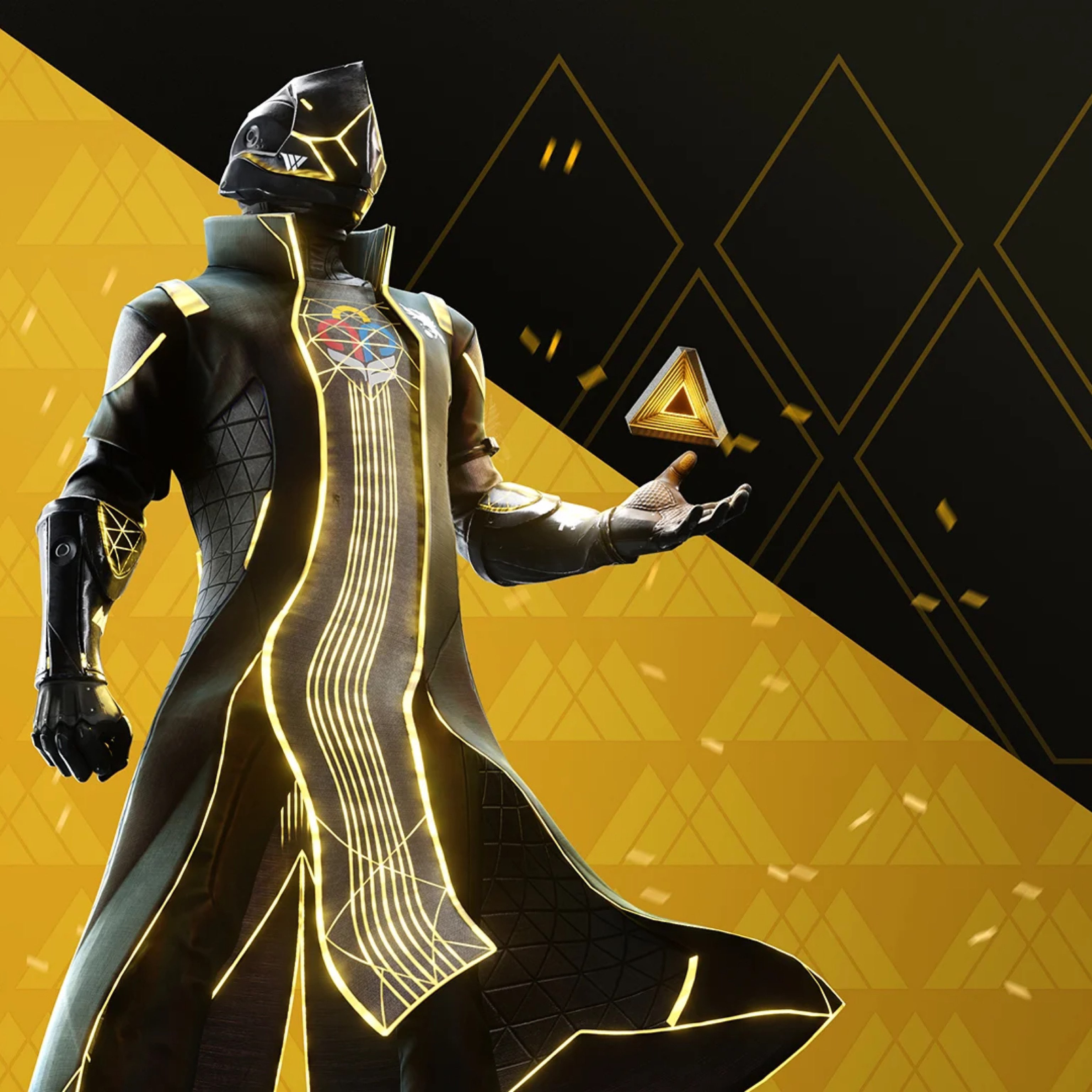 While all players are invited to participate in Guardian Games, new players must first meet the following requirements:

Once new players have met the above requirements, they will unlock a Milestone telling them to speak with Eva Levante in the Tower Courtyard.

During Guardian Games, the Towers Guardian Games Podium will change daily to reflect the current status of the leading team. Class flags will update throughout the day to show which team is leading, and there will also be a calendar showing the winner for each day throughout the event.

Hitting a score threshold, by achieving strike scores through the Guardian Games playlist or by banking Medallions at the Tower Podium, and activating the torches for each threshold will grant players a glow when in the Tower. The player in the Tower with the highest weekly score receives a special glow. Glows remain active until the weekly reset.

Earn Medallions from completing activities and Contender Cards and turn them in to the Tower Podium to earn points for your class’s team.

Laurels: Pick up Laurels dropped by enemies during Guardian Games to purchase Bounties, Contender Cards, and rewards from Eva. Laurels will drop in all activities except for Gambit and Crucible, where they will be awarded after a match has ended.

Medallions can be earned from Triumphs, Contender Cards, and completing various activities. Medallions are stored in the Medallion Case found in the Quest inventory. Turning Medallions in to the Tower Podium will increase your team’s score.

For example: Lighting the bronze, silver, gold, and platinum torches grants rewards and a glow that can be seen on the right shoulder of a Guardian’s armor.

Source: This Week at Bungie, Destiny 2

“In a brand-new out-of-game event, we have assembled class fireteams from across the globe to participate in our first ever Guardian Games Cup – a friendly competition to see which team in the world has what it takes to come out on top. From May 3 to May 24, cheer for your favorite streamers as they compete in class teams, both in-game and for charity! Over 14 territories are participating, which brings us to a total of 42 different teams all vying for number one! Keep an eye out on this post every week on Tuesday at 10 AM PDT as we update the standings to reveal which team and class compiled of your favorite streamers are in the lead. “

Each team captain will be earning medallions with up to five other selected fireteam members, and streaming for two hours each of these weeks:

Guardian Games Cup will be yet another amazing charity initiative with the Bungie Foundation. Bungie is partnering with Direct Relief to raise funds for charity. Direct Relief is a humanitarian aid organization, active in the US and more than 80 countries, with a mission to improve the health and lives of people affected by poverty or emergencies – without regard to politics, religion, or ability to pay.

Each team participating in the Guardian Games Cup will have their own unique link for the charity, so make sure you donate to support your favorite team! Not only is it a contest for points and medals, it’s also a contest to see who can raise the most money for a good cause.

There will be some excellent prizes, both in and out of Destiny 2, for participants to enjoy when donations are made to Direct Relief.

Check out the teams, team leader channels, and ways you can donate to support your favorite team below:

NOTE: Check out this page for more details.

Destiny 2 Season of the Haunted