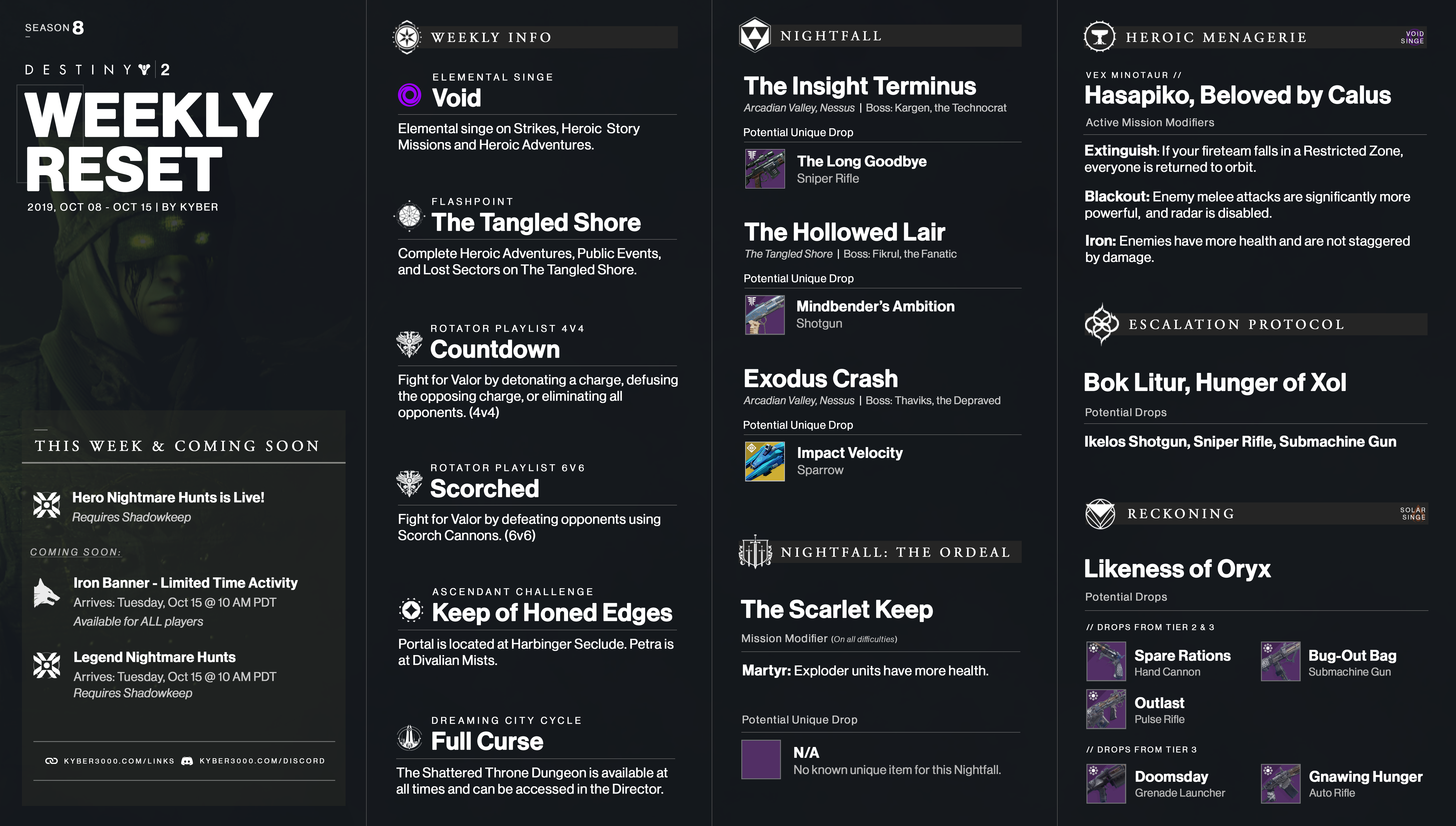 Here is a summary of This Week in Destiny 2: 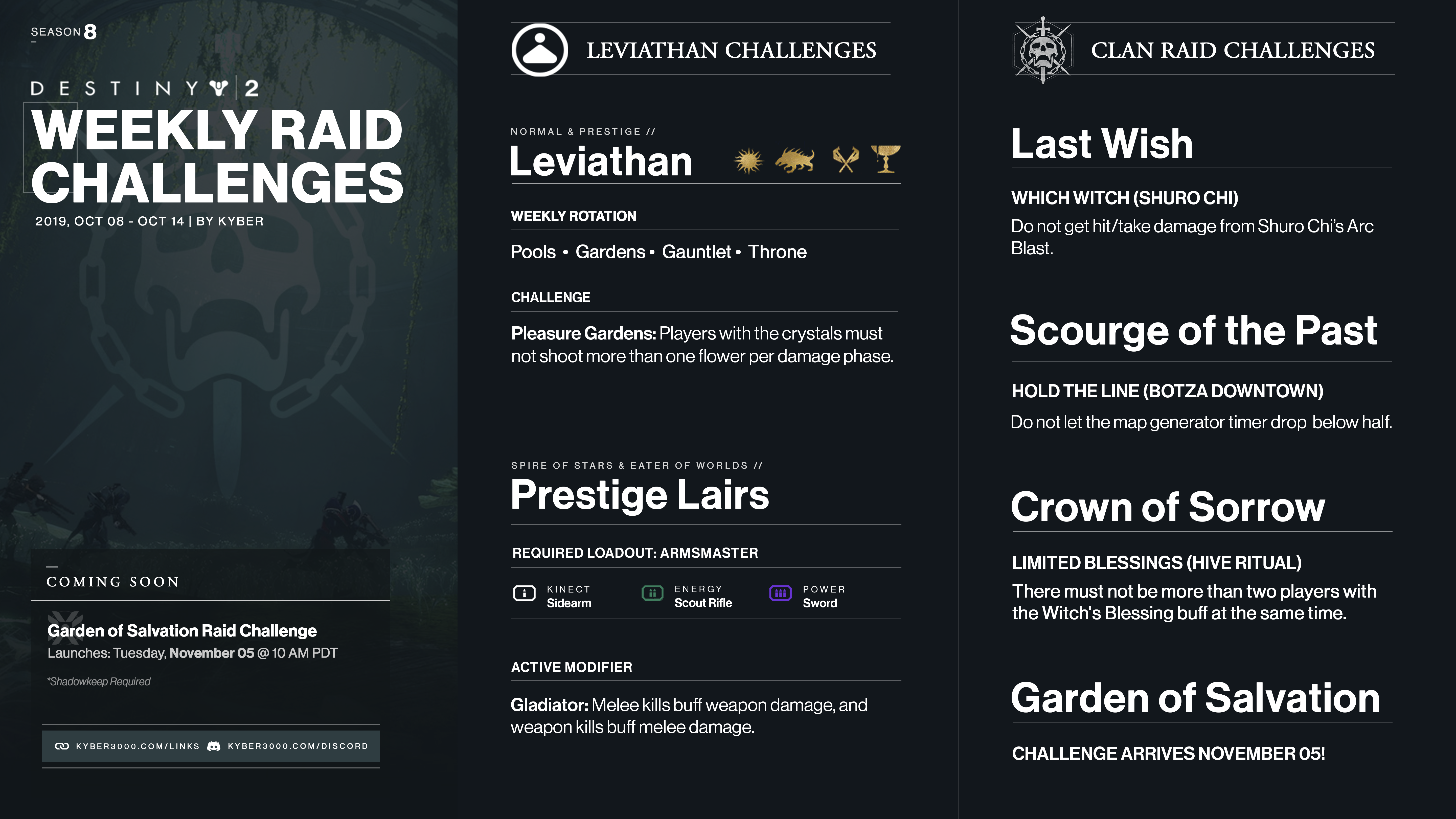 The Scarlet Keep (Since this Nightfall is new, it will require Shadowkeep.)

Note: Currently the old/previous Nightfall (shown above) no longer rewards Powerful Gear. The Ordeal is now is the source for Powerful Gear for this activity type. This Nightfall mode drops rewards up to 950 Power, except The Ordeal 100K Score Challenge which grants Pinnacle Rewards.

Note: This week you can get Essence of Rage bounty from this Nightmare Hunt Rage (Dominus Ghaul) which rewards One Small Step – Legendary Shotgun. You can complete the Hunt on any difficulty to get this bounty. Once you get and complete the bounty, you can just buy the bounty from the Lectern of Enchantment on the Moon to try to get a roll you want.

Visit the Nightmare Hunts page for more details about this activity and to view weapons/armor available.

Just in case anyone is wondering you can get the Essence of Rage bounty (for One Small Step Shotgun) from doing Rage: Dominus Ghaul. Also you can run Adept version, you do not have to run Hero to get it from what I’ve seen so far. #Destiny2 pic.twitter.com/Tw9vtKbWCL

This Week: Likeness of Oryx

Next Week: The Swords

Dreaming City Cycle: Full Curse (“The Shattered Throne” Dungeon will be available at all times now instead of on a three-week cycle. It can also be launched and reset from the Director.)