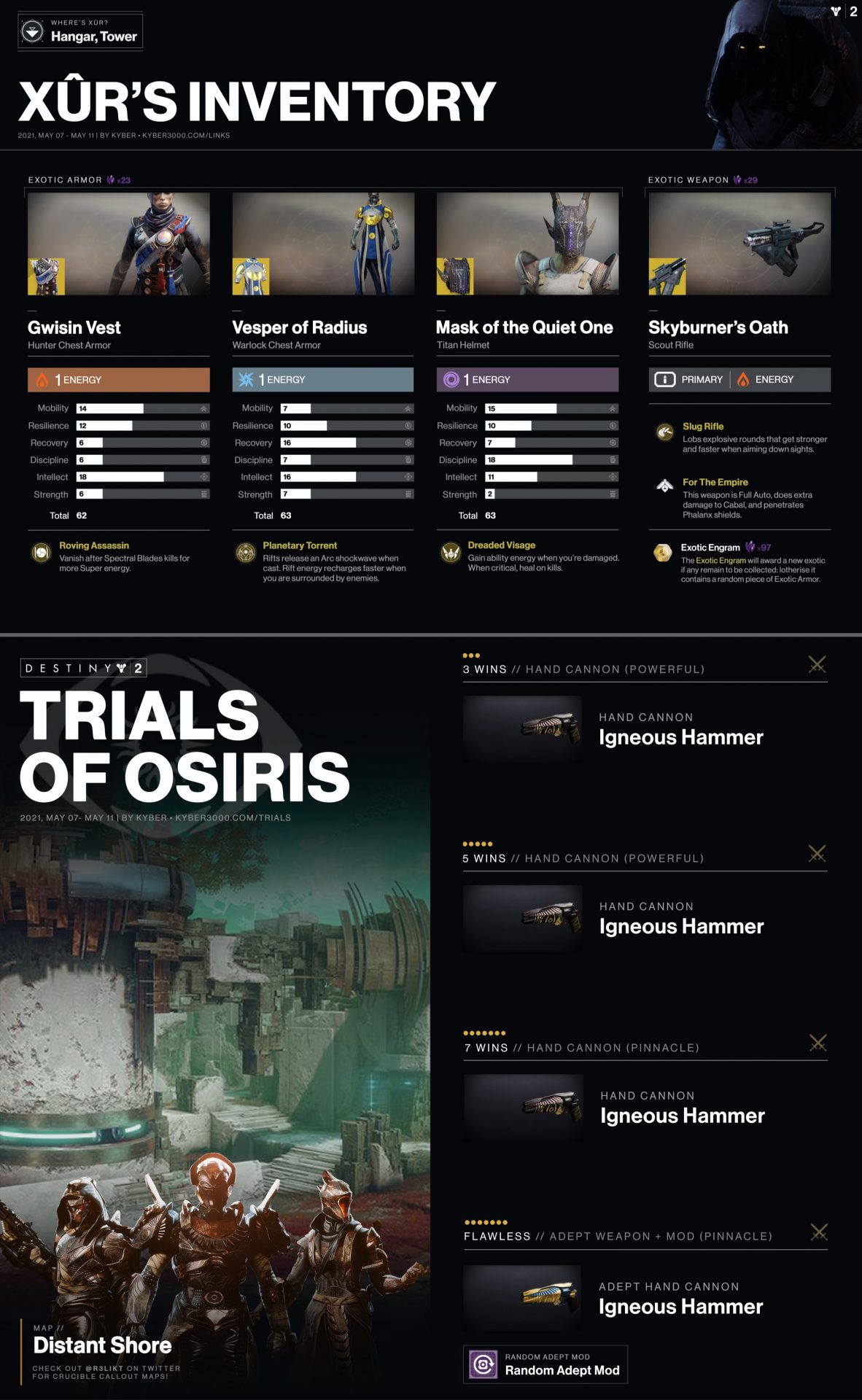 💠 This weekend you can find Xûr hanging out at the Hangar in the Tower and Trials is live on Distant Shore (Side note: If you’ve been wanting the Hand Cannon, this weekend is the best chance for that). Get a more detailed look at Xur and Trials below!

Rewards (seriously, not a joke): 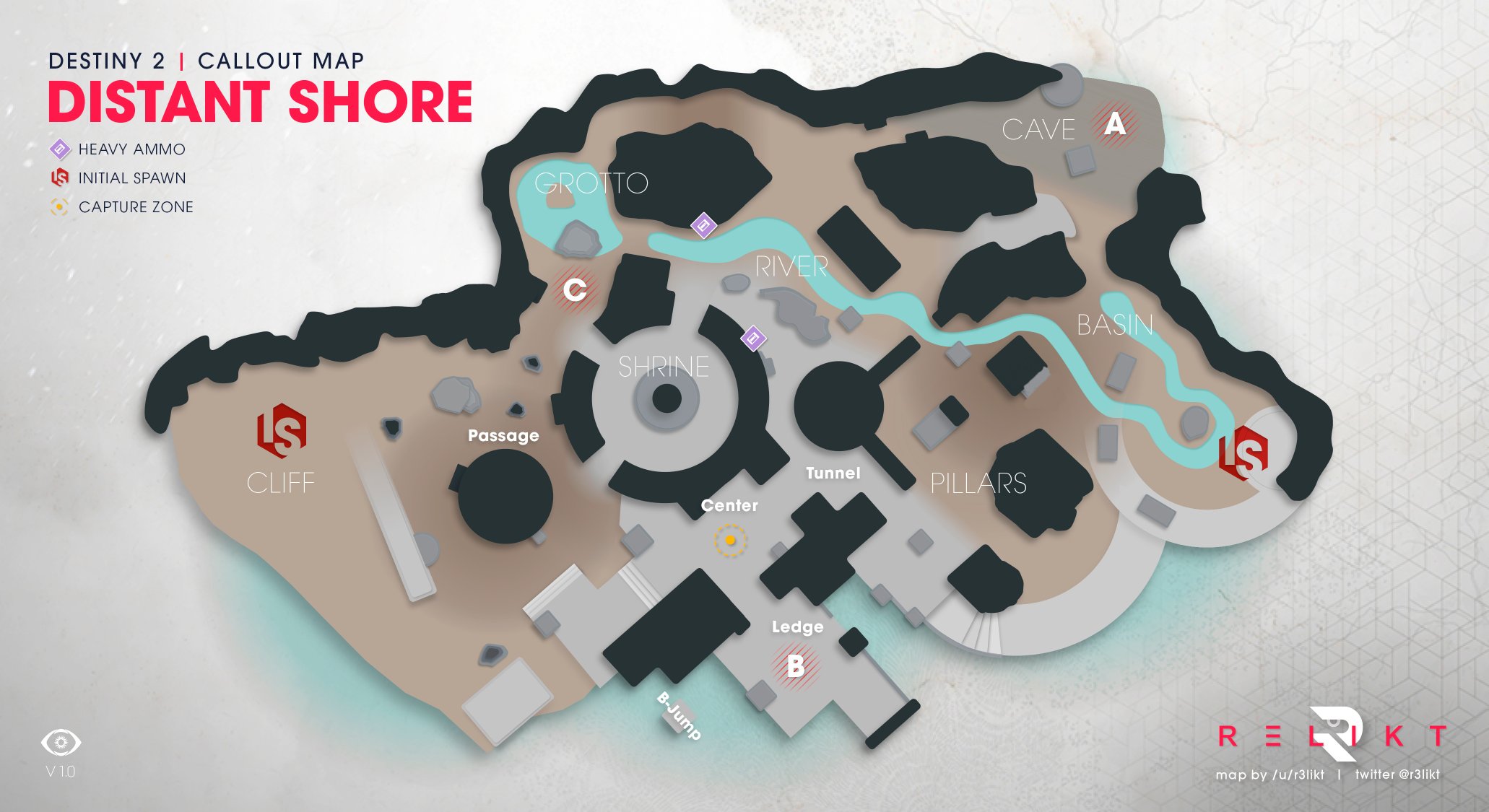 💠 #Destiny2: Hunters are the winners of Guardian Games 2021!! pic.twitter.com/8YuXLRH6Gg

We are investigating an issue where the "Closing Competitor" Triumph isn't unlocking for players who talk to Zavala and claim the quest.

A new exotic bundle is available now for a limited time!!

Sequence Flourish emblem code was hidden in binary in the Season of the Splicer trailer. Thanks to many creators in the community, the puzzle has been solved and the emblem is now available to be claimed!

Notes: Once you have redeemed the code, open your collections, go to flair and then emblems, select general and it should be there (most likely on the last page).

These emblem codes should also still be redeemable, if you haven’t already redeemed them: 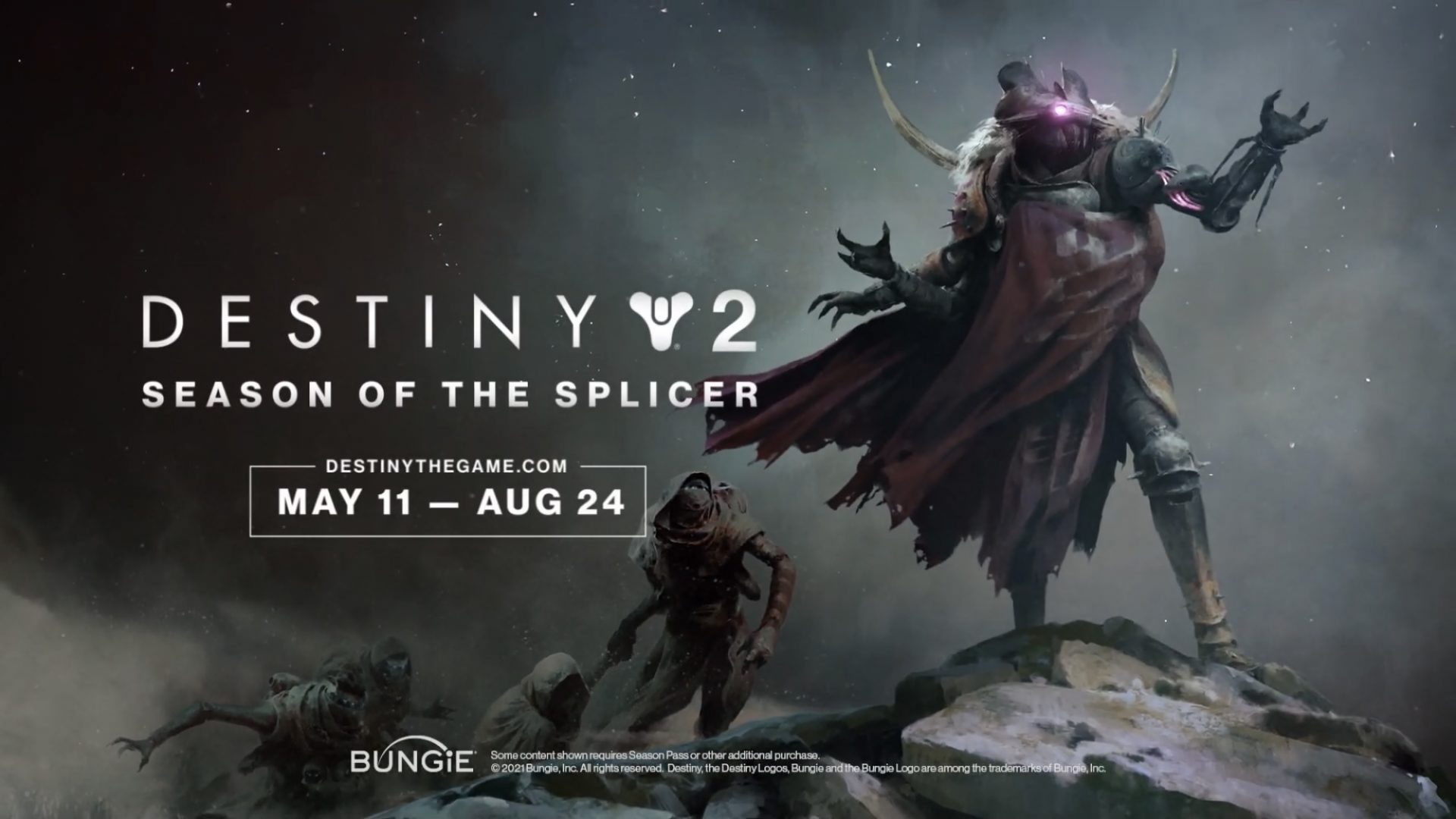 For more details about Vault of Glass visit this page or the post by Bungie.

Here are links to all of the images shown in GIF below:

Here is a look at what’s coming with Update 3.2.0 that arrives next week:

“The Sandbox team is working on a slew of tuning updates over the next few Seasons. We’re aware of key points of feedback in PvE and PvP. In update 3.2.0, we have a few minor changes to Stasis Hunters and some bug fixes that you see above. Here’s a quick list of some key places we’re actively looking at for the future: Stasis Freeze, Slow accuracy penalties, and Whisper of Hedrons. We will share more with you soon.”

Now, back to the patch notes preview!

Nav Mode (Menu that appears when pulling out your Ghost)

These changes are a precursor to some larger improvements planned for Season 15 (e.g., introducing Vanguard reputation, rebalancing Infamy to bring a reset in-line with Valor, and more). We’ll have more information on those changes in a few months!

Patch notes are planned to drop, in full, around 10 AM PDT next Tuesday, right alongside the release of Season of the Splicer.

One more thing: While the following won’t happen in Update 3.2.0, Bungie has some news concerning 2018 and 2019 Solstice of Heroes Armor Glows. In the April 22 TWAB article, it was stated that glows for these armor sets would not be supported by Armor Synthesis due to technical issues. Since the new 2020 ornament mechanics were well received, Bungie was able to rework/rebuild how 2018 and 2019 glows worked to address the community’s request.

Bungie’s current plan is to make these glows into universal ornament sets like 2020 Solstice of Heroes Universal Armor Ornaments. This fix will have some limitations. These ornaments will not be updated to support Stasis, but will support Solar, Arc, or Void subclasses. In addition, the granted ornaments will be for the legendary armor set from each year only. Players who acquired any subclass type glow for that year/slot will receive the corresponding Legendary Universal Ornament for all three classes.

They are hoping to have this fix deployed by Solstice of Heroes 2021, but cannot yet guarantee the date. Stay tuned to future TWAB’s for additional information. 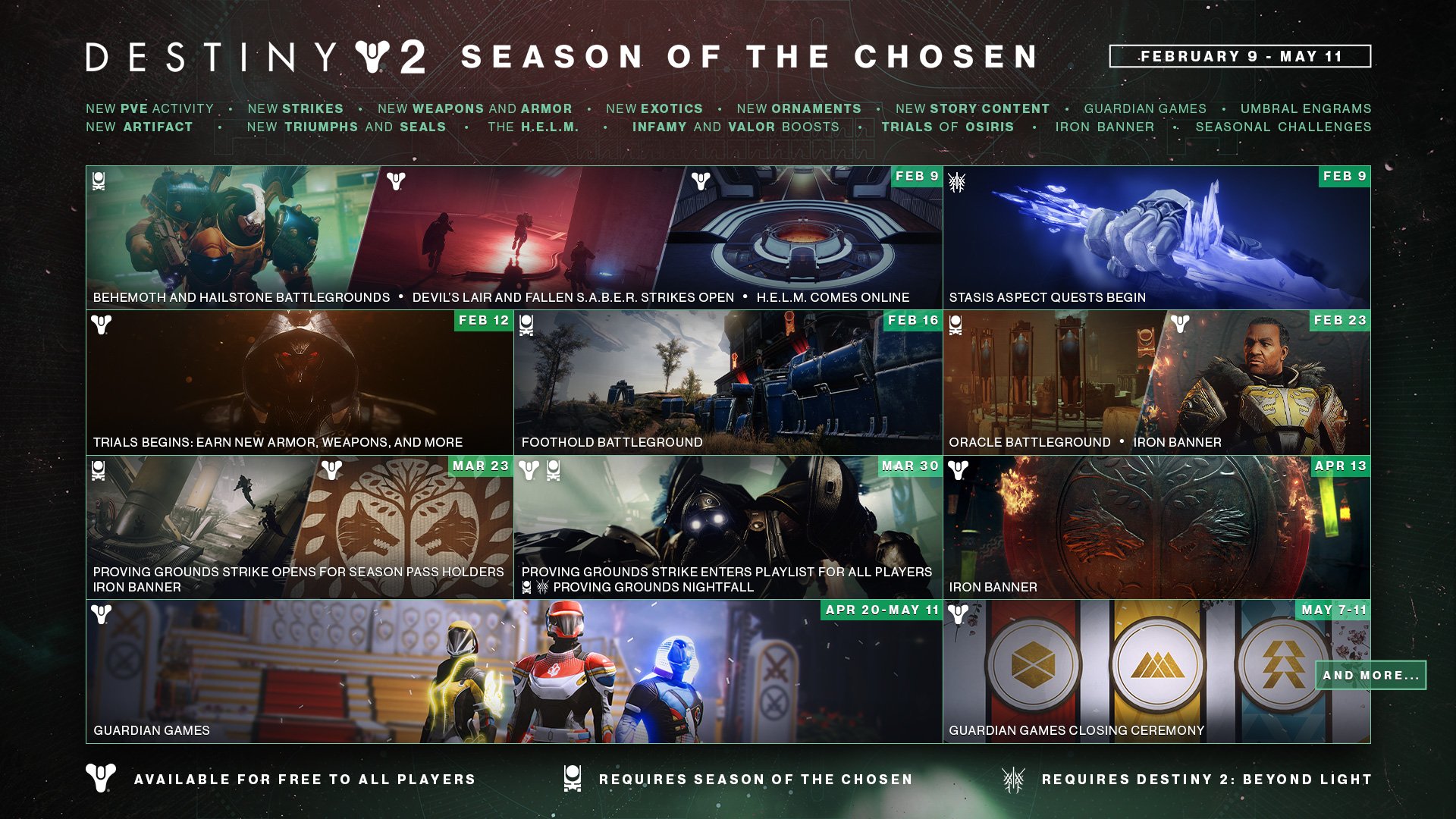 Next Tuesday, May 11, maintenance for the deployment of Update 3.2.0 will begin. Below is a timeline of events:

Below are some issues that will be resolved with Update 3.2.0. A complete list will be shared when the update goes live.

Beginning in Season of the Splicer, Bungie is overhauling the shader system and how shaders can be applied to armor. Due to the overhaul, shaders will become permanent unlocks, and all shaders in player inventories will be removed. We encourage everyone to dismantle their shaders before Season of the Splicer begins to receive Glimmer and Legendary Shards.

More information about the new shader system can be found here under: “Getting Reacquainted with Adelaide.”

Season of the Chosen ends on May 11. View Bungie’s Update 3.2.0 timeline below for what time it will end, and Season of the Splicer begins.

Before the Season ends, players who earned the Chosen, Conqueror, and Flawless titles should claim and equip them to ensure that they don’t get removed.

While Bungie continues investigating various known issues, here is a list of the latest issues that were reported to the #Help forum.

I hope you all have a good weekend! Take Care!

As an endless night falls an unlikely ally holds the key.

Season of the Splicer boots up on May 11.

Sign up for email updates to be the first to know when the babies we've all Fallen for become available. https://t.co/Gye19ST8Fz pic.twitter.com/tfWI5Un4Wd