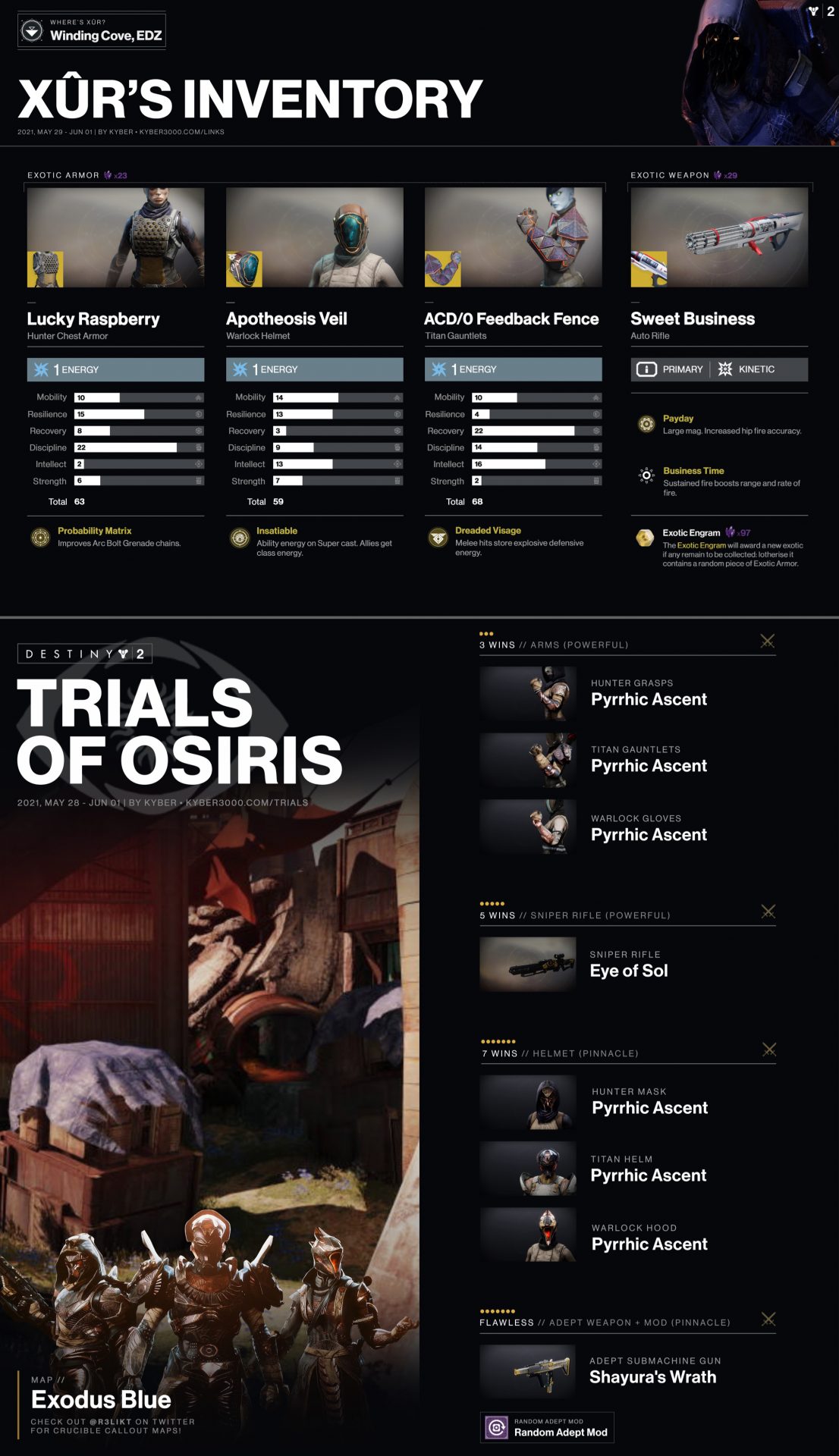 💠 This weekend you can find Xûr hanging out at the Winding Cove on EDZ and Trials is live on Exodus Blue. Get a more detailed look at Xur and Trials below! 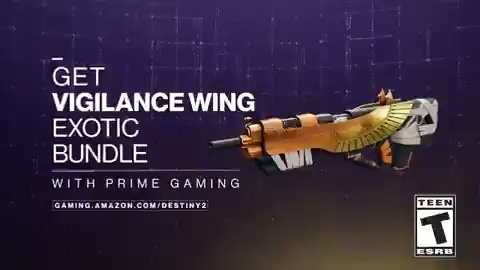 The new Expunge mission went live this week as part of the weekly Seasonal quest. Bungie stated on the recent TWAB that they caused a bit of confusion on rewards by referring to this as a “Weekly Pinnacle Mission” and wanted to give you a better idea of what kind of sweet loot you can expect to extract from this new mission over the weeks to come.

“Mike Profeta at Bungie: With the removal of Seasonal armor in the Season Pass reward track, we still wanted to provide players with a way to earn a full set of high-stat Seasonal armor. With the Seasonal storyline quests requiring completion of Expunge each week once introduced, that felt like a great source for those armor rewards.

For the first four weeks of new Expunge missions, players should expect to earn a piece of high-stat Seasonal armor in addition to some Decrypted Data on their first time through each mission. Once players have earned their high-stat armor set by completing the first four missions, remaining weekly Expunge missions, upon first completion, will reward a Seasonal weapon with an additional perk choice in the final column instead of an armor piece.

Starting on June 15, a new Pinnacle activity challenge will roll out connected to Expunge missions, providing an additional Pinnacle reward source each week for the remainder of the Season. This coincides with an additional layer of replayability being introduced to Expunge missions along with unveiling the final three Splicer Gauntlet upgrades, which will provide additional rewards and a source of high-stat/double-perk Seasonal gear from Expunge each week for as long as the activity is available to players.” 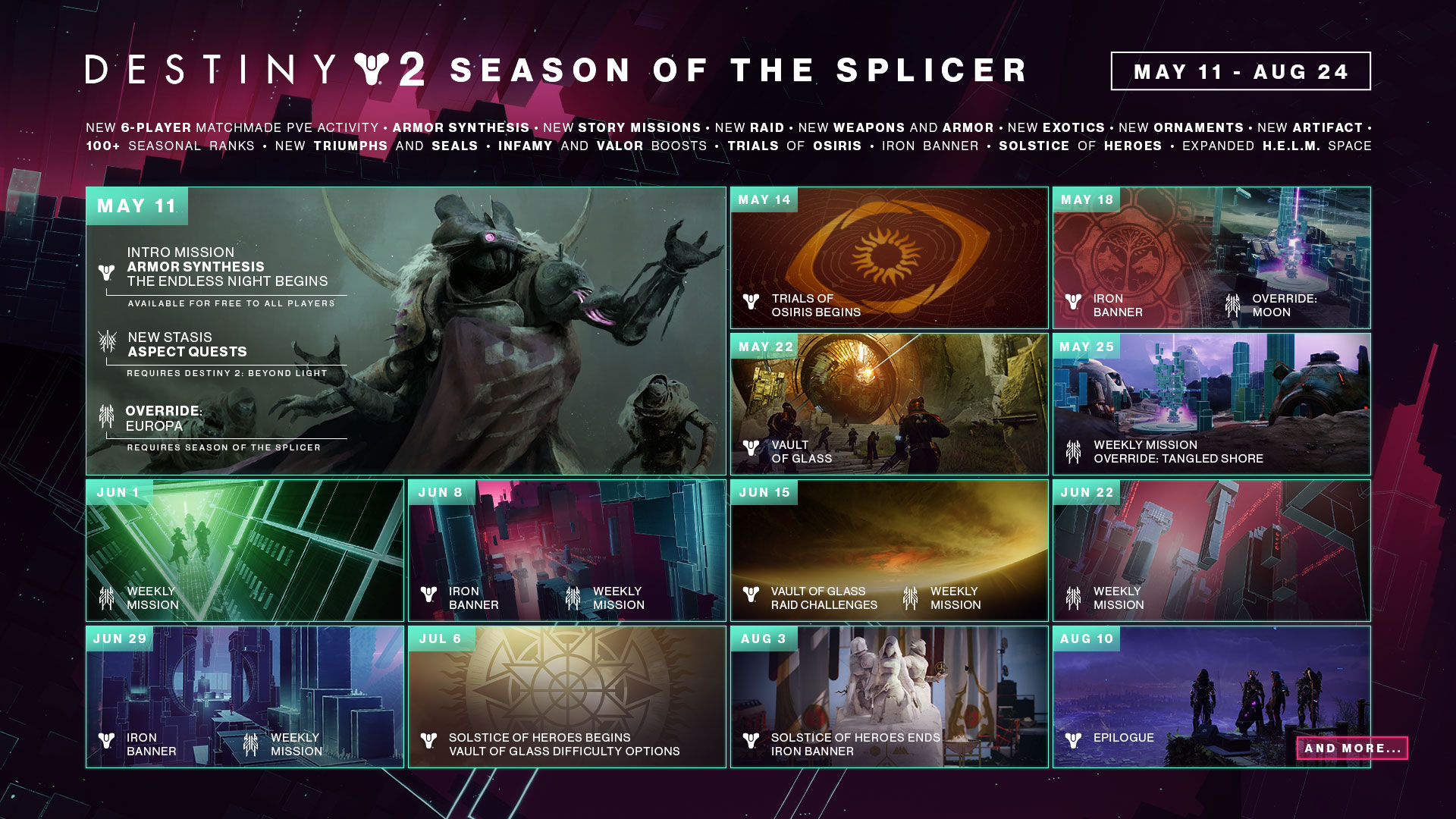 Hotfix 3.2.0.3 will go live Thursday, June 3, at the daily reset. Maintenance windows and expected downtime can be viewed here once they are made available.

Here is a sampling of the issues being addressed:

A full list of patch notes will be made available when Hotfix 3.2.0.3 is released.

The following notes were missed in the original publishing of the patch notes for Hotfix 3.2.0.2 but the changes are currently live in the game. We have updated the Patch Notes and added the missing items.

Since the release of Hotfix 3.2.0.1, Bungie has been consistently monitoring an increase in reported BEAGLE error codes from PlayStation 5 players. While they investigate this issue, some players have reported that moving their Destiny 2 installation to an external SSD and back to the PlayStation 5 may temporarily alleviate this error.

Bungie is continuing to investigate this error code and its increased reports. Players are also recommended to keep an eye on the Known Issues article, #Help forum, and BungieHelp on Twitter for any updates.

Here is a look at some Stasis gameplay changes coming with Hotfix 3.2.0.3, which is planned to go live on Thursday, June 3rd.

Looking at recent gameplay data, the Behemoth generally has the highest win rate of any subclass in most 6v6 game modes and is also among the strongest in 3v3 modes. In Trials of Osiris matches, for example, only top-tree Dawnblade has a higher win rate. We’ve taken these strengths into account when balancing the Behemoth’s abilities. Between Shiver Strike and Cryoclasm, the Behemoth has incredibly high mobility, making targeting the Behemoth frustrating for controller players in particular. We’ve taken steps to make the Behemoth more targetable while moving, which should hopefully alleviate some of this frustration.

The Revenant’s Crucible win rate, kills per minute, and average efficiency is generally within the top six of all subclass trees, but its usage rate is incredibly high. In Trials of Osiris matches, it has the fifth-highest win rate of any subclass tree, but is used by a whopping 36% of Trials players. This high usage means players fall victim to its abilities more often, multiplying the frustration of being slowed by Withering Blade and Winter’s Shroud. We hope that the changes we’ve made to being slowed, paired with the adjustments to the Revenant’s abilities, make this experience better.

The Shadebinder’s Crucible performance is generally within the top ten of all subclass trees. In Trials of Osiris matches, it had the 9th highest win rate of all subclass trees. (BTW – I’m pulling all this data from the weekend of 5/14/21, but it generally doesn’t deviate much between weekends. VOG launch weekend shook things up a bit though.) While the Shadebinder may not be the most powerful in competitive play, being frozen by its abilities takes a large emotional toll on the victim. We’ve adjusted Penumbral Blast to require more accuracy vs. players in order to turn this ability into more of a skill shot given its powerful effects.

Note: This year I plan on donating at least $50 to the GCX + Bungie Charity for St. Jude on behalf of our community (I plan to giveaway the emblem if it is in the form of a code, if it goes directly to my account then I will not be able to do that but will giveaway a different one in its place). Stay tuned for more details next month!

This week at Bungie, we exposed vulnerabilities in the Vex Network.

🔹 Claim Among Us for FREE on the Epic Games Store now!!

Note: Enter creator tag Kyber3000 at checkout on the Epic Games Store if you’d like to support me when buying games online. I will get a small commission anytime you (supporters) use my creator code/tag. Your support is appreciated very much, thank you!!

Wait, what? No, we’re not the Imposters – we were on the other side of the ship, unlocking the #EpicMEGASale Vault… 👀

Claim Among Us for FREE on the Epic Games Store now, and tag your favorite crewmates here!