💠 This weekend you can find Xûr hanging out at the Hangar in the Tower and Trials is live on The Burnout. Get a more detailed look at Xur and Trials below! 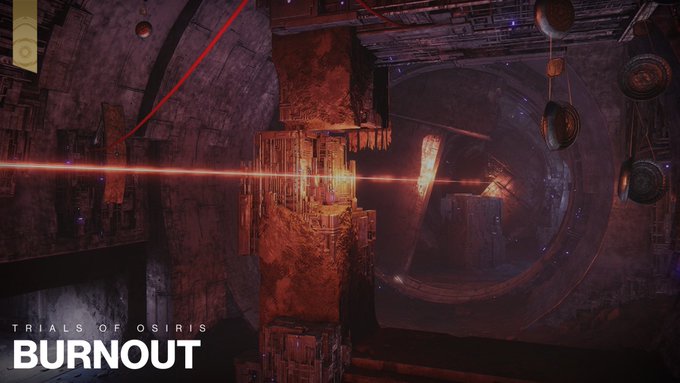 Lord Saladin has returned for a renewed round of Iron Banner. Plus, all players earn Bonus Valor in the Crucible this week. If you’re aiming to get a little higher in the Pinnacle Power band, make sure to complete some Iron Banner bounties as they’ll provide Pinnacle-powered rewards.

NOTE: For more details check out the Iron Banner page.

Late to the party? No worries, you can still submit your look, just make a post on Twitteror Instagramwith #SplicerFashionShow to enter. Submissions must be received by June 13 and Bungie will pick their favorites. If they select you as a winner, they will reach out with details on getting you your special emblem. (Check out their Twitter to see who

BOOTS OF THE ASSEMBLER

Good news for everyone who likes Rifts and pants, Boots of the Assembler will be returning to their release functionality (with a little bit extra as well). On release, there was an issue with the Exotic that would cause crashes due to a large number of Rifts and Noble Seekers being created. As a stopgap measure, the perk was changed to prevent those crashes without disabling the Exotic while an engineering fix could be developed to address the crashing problem. Now that the work is done to prevent the crashes in the first place, they can return to their former Rift-astic glory in our next update. Oh, and now Empowering Noble Seekers will properly proc Benevolent Dawn for Attunement of Grace Warlocks.

Plus, here is some news about a bug being fixed early next month:

The Gaming Community Expo (GCX) is kicking off next week on a virtual space station you can visit from June 17 through June 20. Check out the GCX website for the full details.

*All profits from Bungie Foundation items on the Bungie Store will be go to St. Jude Children’s Research Hospital from June 13 to Jun 20.

Bungie has hidden seven Dead Ghosts in various places around the space station and it’s your job to do what you do best and go find them… and then make a YouTube video showing where they all are. Collect them all and receive this special emblem. Fail, and the universe is doomed. Dooooooomed!

That’s not all. As is tradition, there will be charity marathon running alongside the event raising money 24/7 for St. Jude Children’s Hospital from June 13 until the event ends on June 20. Tune in on the GCX channel to see some of your favorite content creators doing wacky and amazing stuff to raise money for the kids.

Bungie will be offering another special emblem for any $50 donations during the charity marathon. Exact amount, no more, no less, and one emblem per email. Just make your donation during any block while the marathon is active, and you will receive your emblem code in an email soon after the event ends.

One more thing, we will also be donating seven Eris Morn statues signed by the voice of Eris Morn, Morla Gorrondona. For every donation of exactly $7 you will have a chance to receive one these awesome collectibles when they ship from the Bungie Store this fall!

Note: This year I will be donating at least $50 to the GCX + Bungie Charity for St. Jude on behalf of our community (I plan to giveaway the emblem as well if it is in the form of a code, if it goes directly to my account then I will not be able to do that but will giveaway a different emblem code in its place). Stay tuned for more details!

Raid challenges will begin rolling out for Vault of Glass next week (Tuesday, June 15). Whichever encounter has its Challenge Mode active each week will reward an additional chest if you are successful. Good luck!

There was a bug in 3.0.0 that unintentionally extended the range of Six Shooter. We issued a fix for this issue, but failed to mention it in our Update 3.2.0 patch notes. Six Shooter now works as it did before 3.0.0 as listed in the 2.7.0 patch notes.

If you would like to support me when buying games on the Epic Games Store, make sure to enter creator tag Kyber3000 at checkout and I will get a small commission on each purchase. Thank you to all of you that chose to use my code! 💙

The Vault has opened… and something within is calling you to the Oldest House.

Discover a world unknown. Humanity is at stake. Will you regain CONTROL? 🔻

Plus, free games every week!