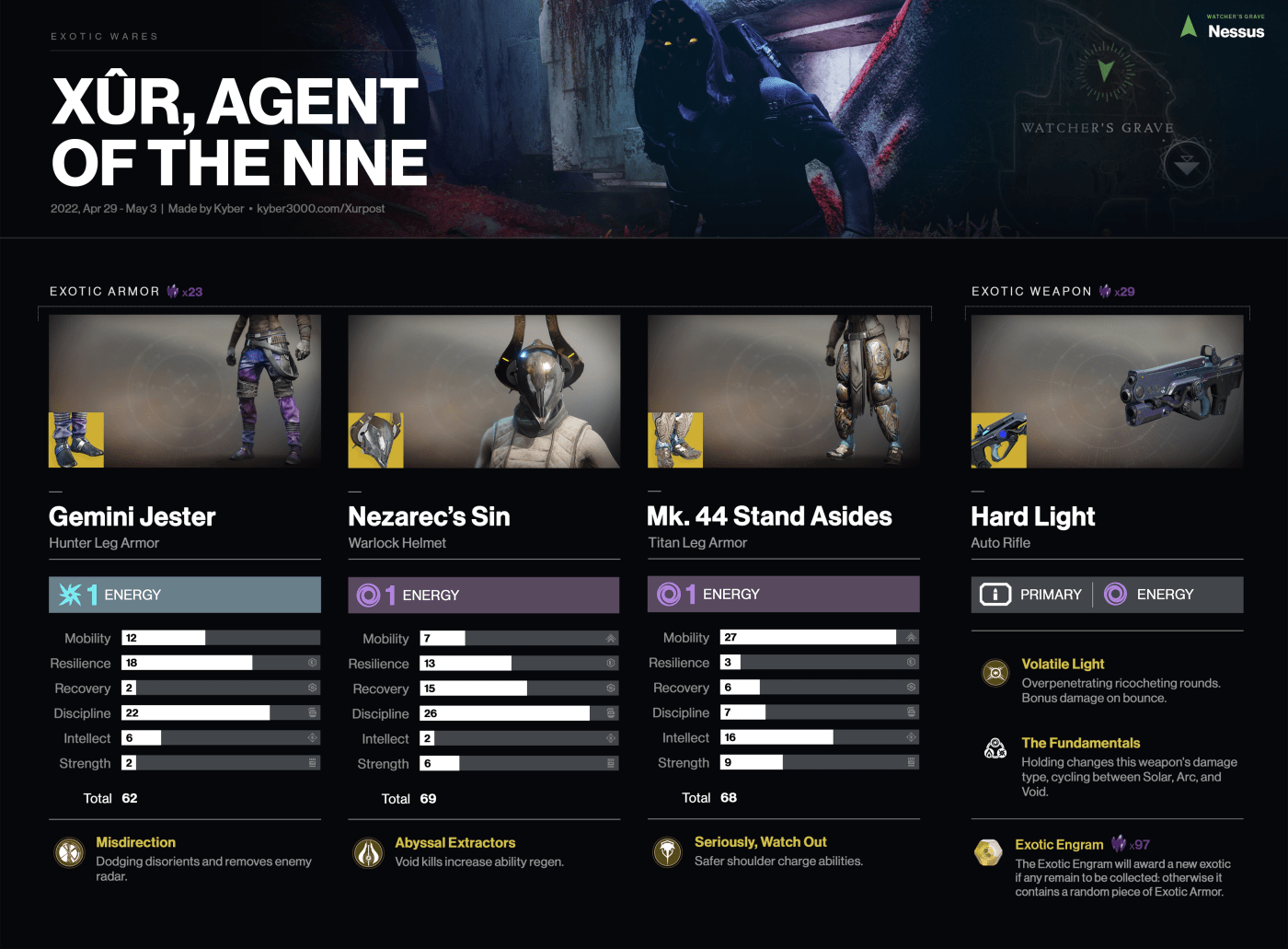 💠 This weekend you can find Xûr is hanging out on Nessus and Trials is live on The Dead Cliffs. Check out the article below for a more detailed look at Xûr’s inventory, Trials, news, and more!

Where is Xûr? Watcher’s Grave, Nessus (on the big tree)

Here’s a look at legendary weapons available this weekend:

Tip of the Spear Exotic Bundle

NOTE: We will receive a small commission whenever someone signs up for Prime Gaming or buys eligible items from Amazon.com using our Affiliate link.

Info from the latest This Week at Bungie article.

The Broken Barrier emblem has been added to accounts for players who participated in the Festival of the Lost armor ornament vote for Team Monsters vs. Team Mechs.

Here is a look the Season of the Risen Roadmap. Bungie stated they are also planning a few Gambit Labs weeks.

Next Tuesday, May 3, Destiny 2 Hotfix 4.0.1.2 will be released. View Bungie’s Destiny Server and Update Status page for maintenance times, as well as the timeline below:

Guardian Games kicks off on May 3 and is free for all Destiny 2 players. Last time Hunters scored the win, who will it be this year? As usual, players will take on activities to earn medals to increase their class’ standing in the ranks. This year, Bungie brought back Strike Scoring which should help players who feel players are rushing through them.

For example: Lighting the bronze, silver, gold, and platinum torches grants rewards and a glow that can be seen on the right shoulder of a Guardian’s armor.

New bounties will be available this time around. 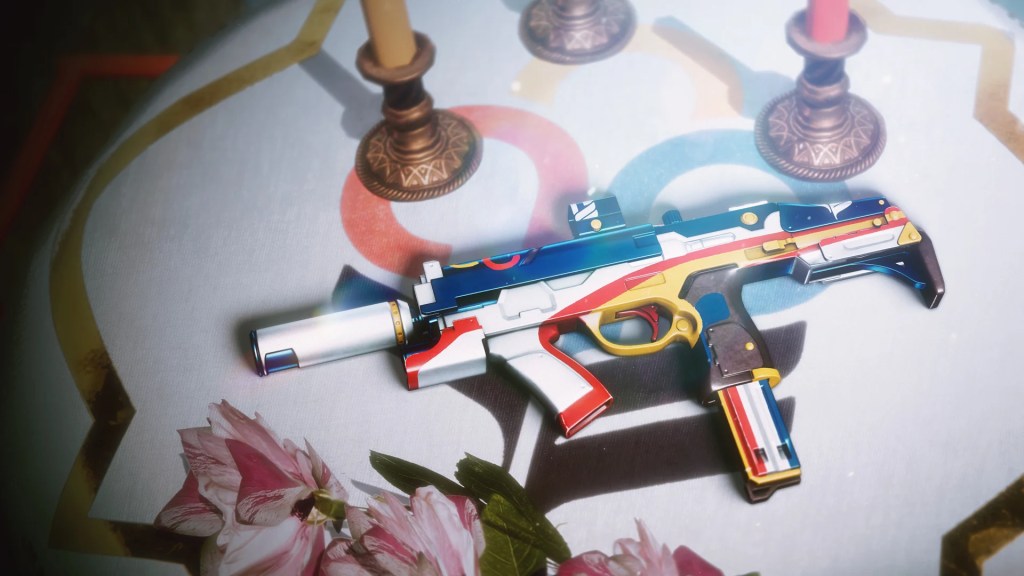 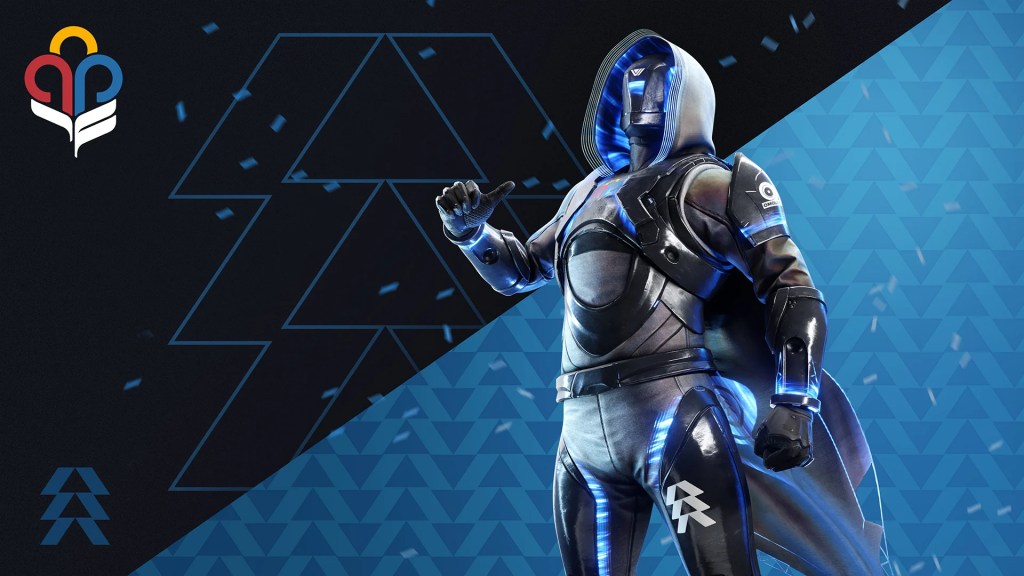 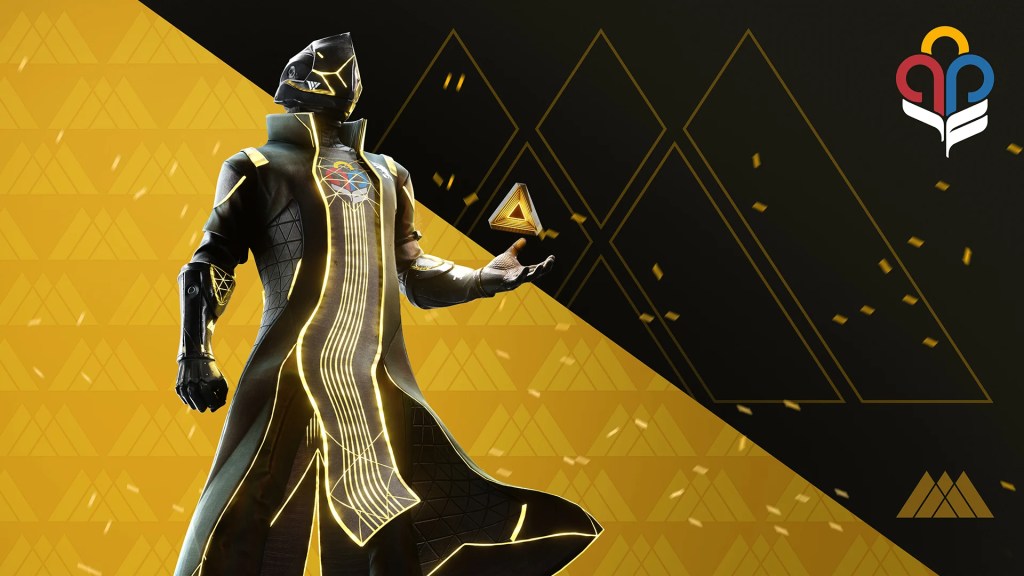 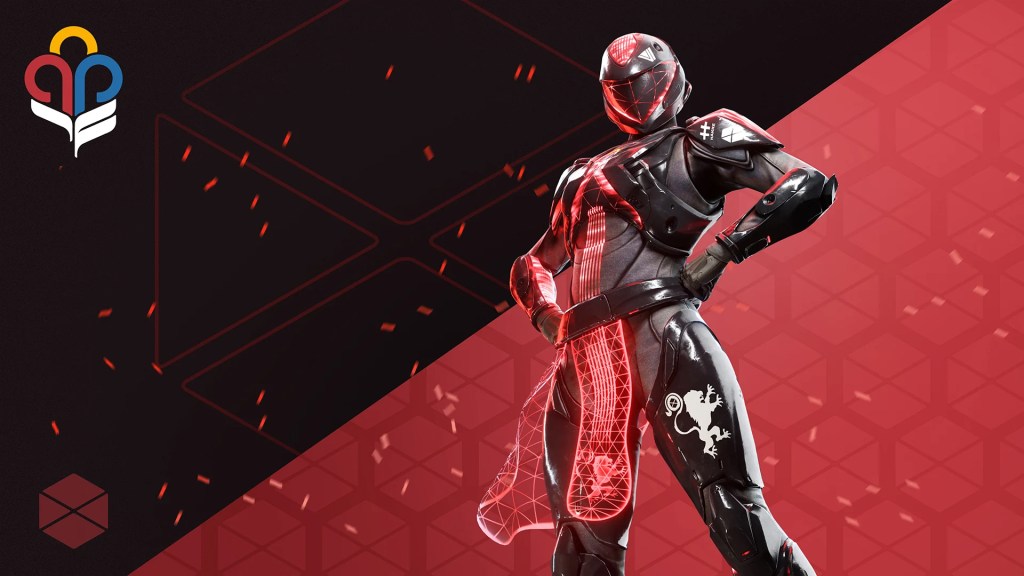 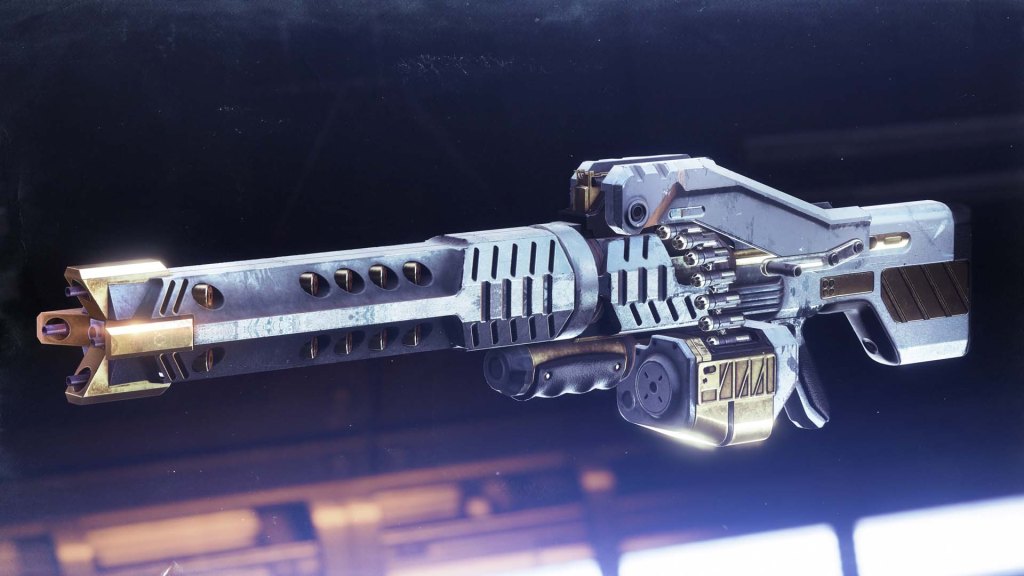 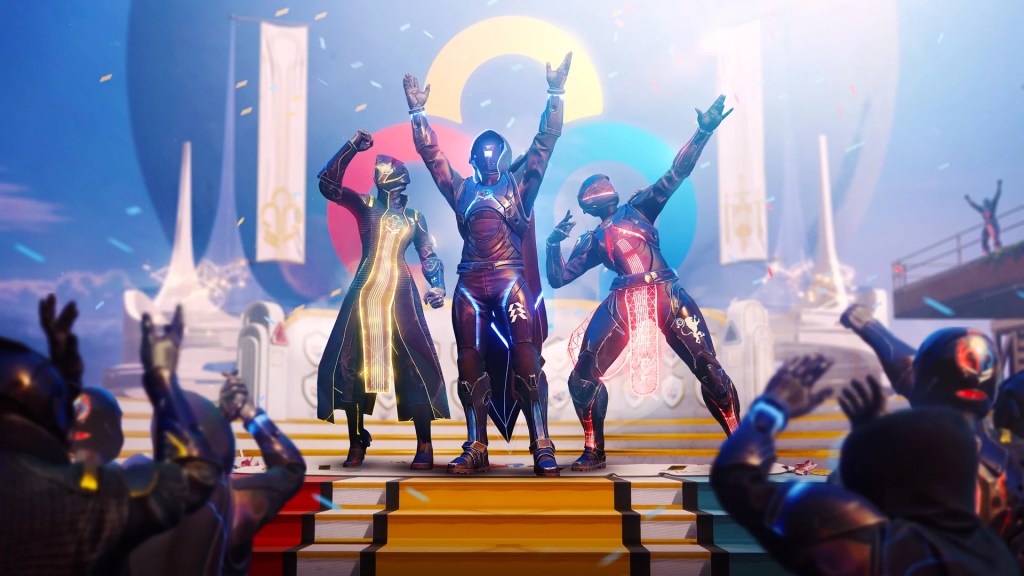 Leaving loot pools at the beginning of Season 17:

Leaving loot pools at the beginning of Season 18:

Unique ornaments depending on vendor will be available for this weapon as usual.

Note: Weapons included in Bungie’s planned rotation are subject to change. Season 16’s weapons will be shifting over into the standard loot pools with the Crisis Inverted Hand Cannon in Crucible, the Herod-C Auto Rifle in Gambit, and the Vanguard Shotgun Fortissimo-11. More details will be shared closer to the launch date.