⭐ Complete 3 matches  (weekly, once per character)

This all-new hybrid 4v4 mode combines the best of PvE and PvP. Two teams of four race to summon a Primeval enemy and be the first to burn it down. Disrupt the other team by sending a combatant blocker or invading directly with one of your own players.

Your objective is to collect and deposit 75 motes to summon a Primeval. However, if you die before you deposit, you lose the motes you’ve collected.

First team to defeat their Primeval wins the round. You can prevent or delay the other team from depositing motes by delivering a Blocker.  When Blockers are present, they lock the bank.

Amount of Motes and Blocker size:

Also, you can also invade the other team and kill opponents to make them lose their motes.

Secret Gambit Emblem: Have all 4 team members in gambit bank 15 motes at the same time to get this secret triumph emblem. https://imgur.com/a/GKiGV9C (source: u/Cid_Avarice)

Written Guide: Forsaken Malfeasance Guide – How to Complete the Quest by SegmentNext.com

Destiny 2: So, You Suck at Gambit – 7 Tips to Get Better At Gambit by Datto

HOW TO GET MALFEASANCE! Malfeasance Exotic Quest Guide (Destiny 2: Forsaken) by nKuch 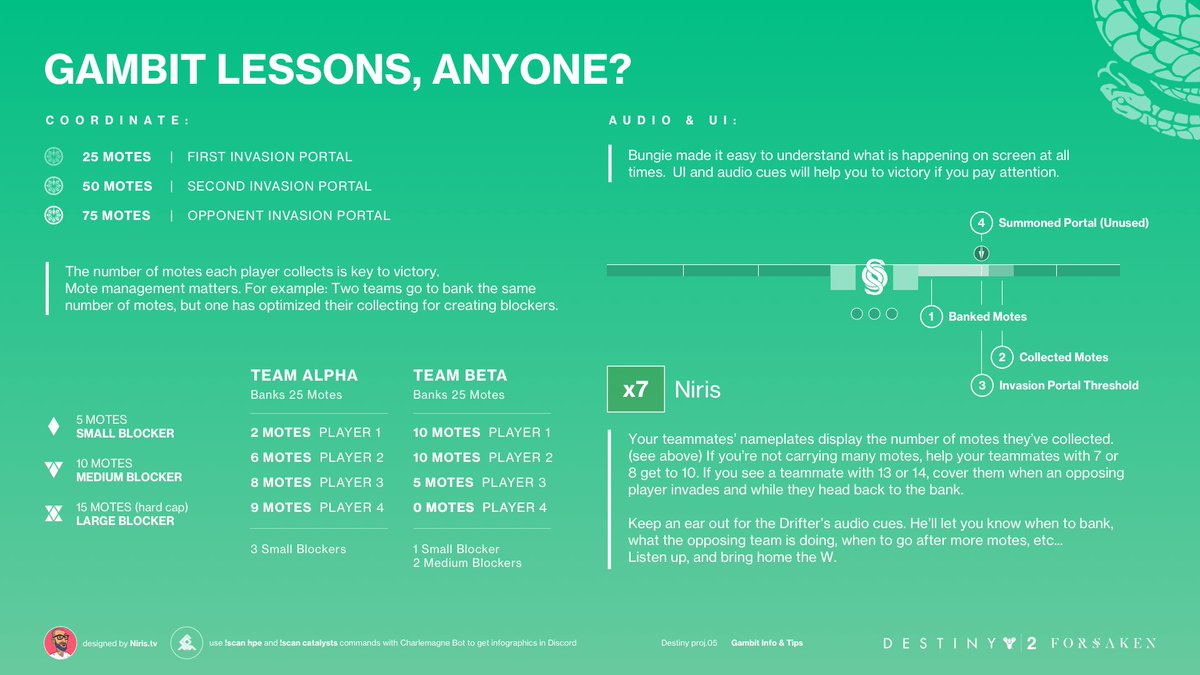 Destiny 2: Forsaken marks the beginning of the second year of Destiny 2. Forsaken releases on Tuesday, September 4, 2018, and players who purchase Destiny 2: Forsaken will have access to a brand new story campaign, new Supers, new activities, increased Power, and more.

Fight. Collect. Bank. Invade. Gambit pits two competing teams against the minions of Darkness, with the twist that each team can send a player to invade and disrupt their enemy team.

Players who wish to participate in Gambit must first meet the following requirements in order to access this activity from the Director:

Unlike other progression-based ranking systems in Destiny 2, each Infamy rank is split into three tiers. The Guardian, Brave, Heroic, Fabled, and Mythic ranks will all have three tiers. The Legend rank, however, is one singular, solid rank.

In all other regards, Infamy ranks will function very much like Valor ranks in the Crucible:

In addition to completing matches, players can also earn Infamy by completing Gambit bounties. Each day, the Drifter will have a selection of daily bounties available for sale that will award Infamy points, as well as other rewards. He’ll also sell a special weekly bounty to players who reach Level 50. The weekly bounty will award a large number of Infamy points and a piece of powerful gear. 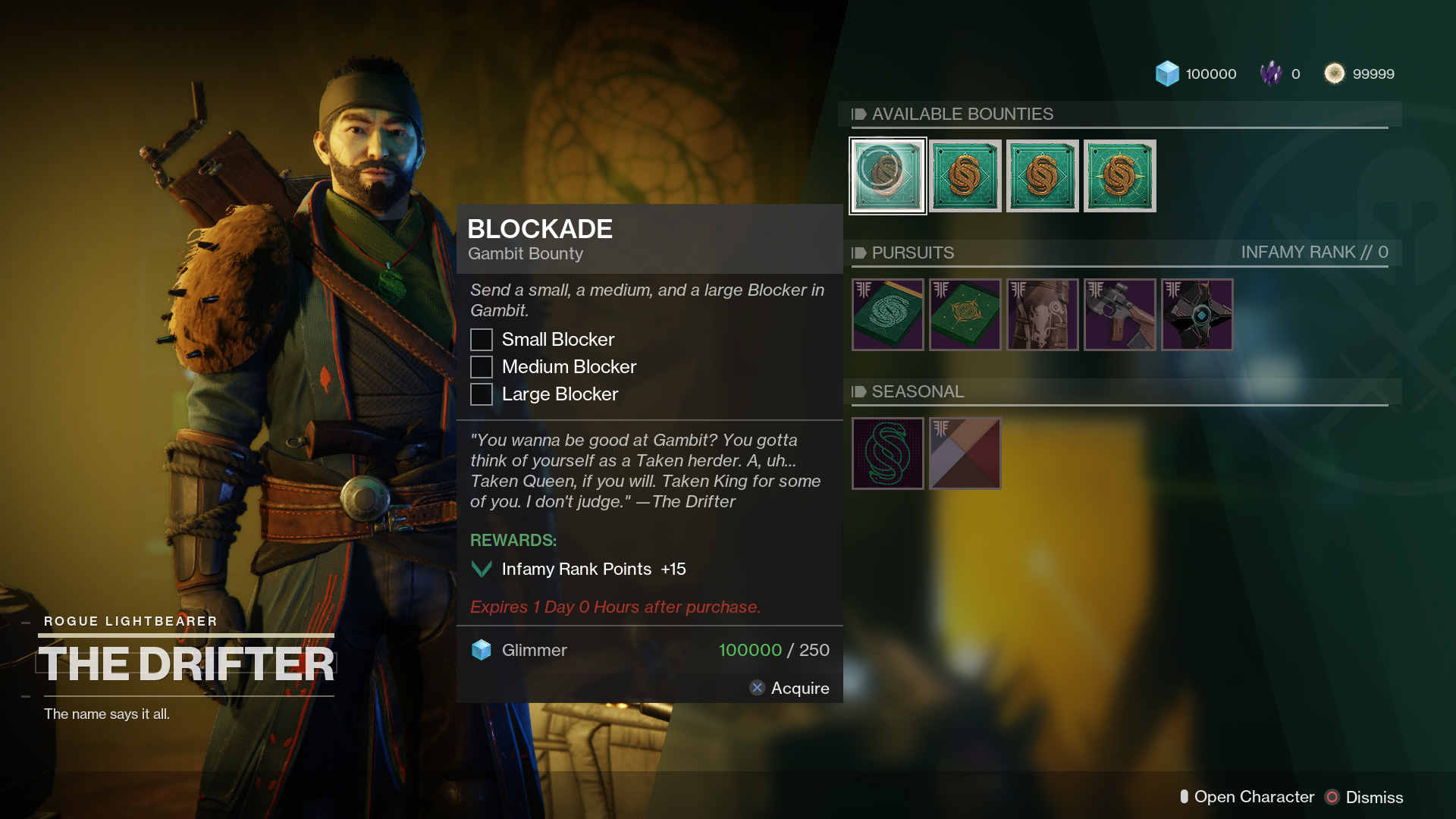 Everyone knows that death heals Primeval, but not everyone knows all of the intricacies of how the Primeval Slayer buff works. The Gambit Design team wanted to clear up a few misconceptions.There appear to be some misconceptions about the “Primeval Slayer” buff in Gambit, particularly with how the leading team’s buff count affects the trailing team’s, so we’d like to take this opportunity to shed some light on it!

• Our intent for the Primeval phase is that the team

• The number of Primeval Slayer stacks held is unique to each team.

• If one team is significantly advanced in their Primeval Slayer stacks, the team that is behind receives ‘bonus’ stacks when spawning their own Primeval. However, the number of bonus stacks received is always going to be less than the leading team’s current total. Think of it as a tow cable trailing behind the leading team.

• There is a limit to the catch-up mechanic’s generosity. Even if the leading team is at Primeval Slayer x10, the lagging team will never start out with more than a few stacks when spawning their Primeval.

Our twin goals have been hitting the right balance between elasticity and competitiveness and fostering close, dynamic games. Now that Gambit is out in the wild, we’re closely monitoring the conversation around the Primeval phase (and playing a ton of it ourselves).